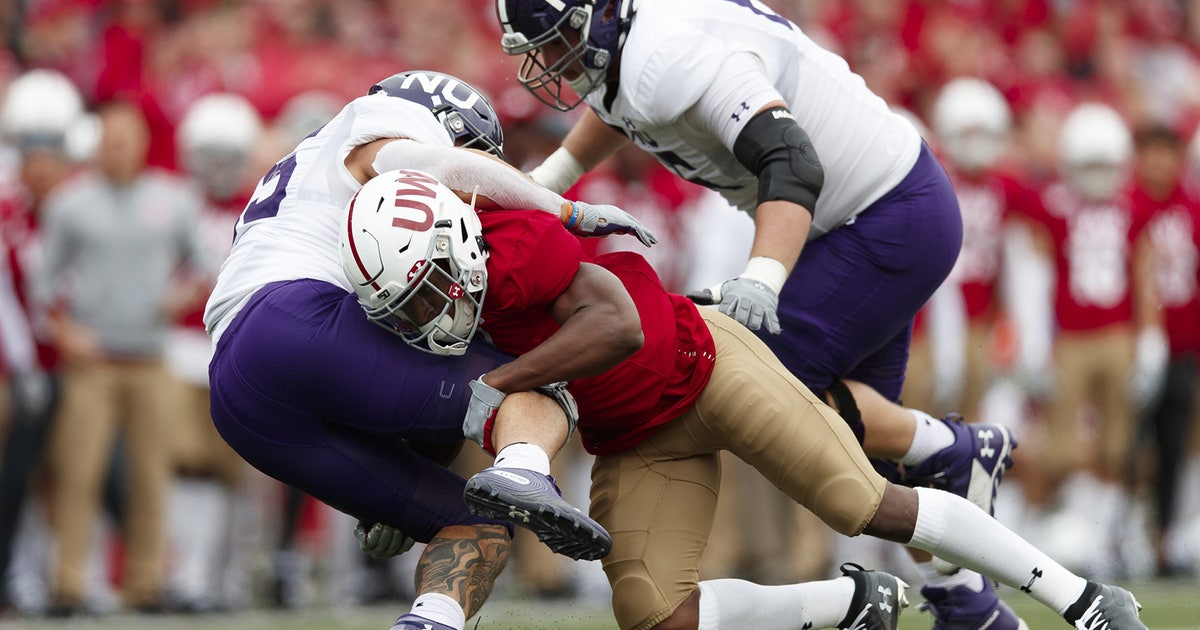 No. 10 Wisconsin understands just how important each game is in this pandemic-shortened season, particularly when two were canceled.

In part because of those missed opportunities, Saturday’s matchup with No. 19 Northwestern has major ramifications.

The Badgers visit the Wildcats in a game between undefeated teams that could go a long way toward determining the winner of the Big Ten West.

“What’s most important and all that matters is being in the moment,” Wisconsin coach Paul Chryst said. “You sure as heck shouldn’t need that reminder in a year like we’ve had this year.”

The Badgers (2-0, 2-0 Big Ten) are trying to win the division for the fifth time in seven years, but in some ways their quest for a spot in the conference title game is beyond their control. They opened with a 45-7 romp over Illinois at Camp Randall Stadium, and last week they pounded Michigan 48-11 in Ann Arbor. But in between, they had back-to-back games against Nebraska and Purdue canceled because of a COVID-19 outbreak within the program.

That put Wisconsin in a tight spot.

One more cancellation — whether they have another outbreak or an opponent does — and the Badgers won’t hit the Big Ten’s six-game threshold to be eligible to play for the title in Indianapolis on Dec. 19.

“We’ve had games taken away,” Chryst said. “I think that’s one of the reasons why this group has had good energy each week, because they know and appreciate this isn’t a guarantee. It’s not a given. I love being around this group. I like and appreciate the way they’ve worked this week, but I’ve liked it really from the get-go.”

They’re facing a difficult challenge against a resurgent opponent.

A win would be their first over a top 10 team since they beat No. 9 Nebraska on Nov. 5, 2011. It would also show just how much Northwestern has bounced back from last year’s collapse. The Wildcats went from winning the Big Ten West in 2018 and playing in their first conference championship game to finishing at the bottom of the division.

They’ve already exceeded their win total from last season when they went 3-9 overall and 1-8 in the conference, though that wasn’t exactly a high bar. And they’ve done it by pulling out tight games since a season-opening 43-3 blowout of Maryland. Their wins over Iowa, Nebraska and Purdue the past three weeks were all by eight points or fewer.

“We’ve found different ways to win,” coach Pat Fitzgerald said. ”We’ve won, obviously, some close games so I think this group is pretty well battle-tested. I think we’ve been in four-quarter games, and we should take confidence from that, that we can go the distance.”

Wisconsin (2016, ’17, ’19) and Northwestern have combined to win the past four West titles. Here are some more things to know about the teams:

The Badgers so far have been the stingiest in the nation when it comes to yards allowed per game (218.5) and scoring (9.0 points). The Wildcats are second in the conference in total defense (301.8 yards) and scoring (14.0 points).

Both teams rely heavily on the run — and shutting it down.

Wisconsin is averaging a Big Ten-best 261.5 yards rushing while allowing a league-low 89 per game. Northwestern leads the conference with 191 attempts, though it’s averaging just 3.6 per carry. The Wildcats are second against the run, allowing 91.8 yards per game.

Though Wisconsin has won three of four against Northwestern, the Badgers haven’t had much luck at Ryan Field.

The Wildcats have taken five of the past six games there starting with a victory in 2003, beating the Badgers 31-17 in 2018. Isaiah Bowser, now a junior, ran for 117 yards and a touchdown in that game.

Wisconsin and Northwestern were scheduled to meet at Wrigley Field this year before the pandemic scuttled those plans.

One big reason for Northwestern’s resurgence is quarterback Peyton Ramsey. A graduate transfer from Indiana, he has helped steady an offense that ranked among the nation’s worst last season. Ramsey matched a career best with three touchdown passes against Purdue last week while matching a season high by throwing for 212 yards.

Pro Bowl will be played out on Madden NFL 21

Delayed draft finally to arrive in wake of a bizarre year...