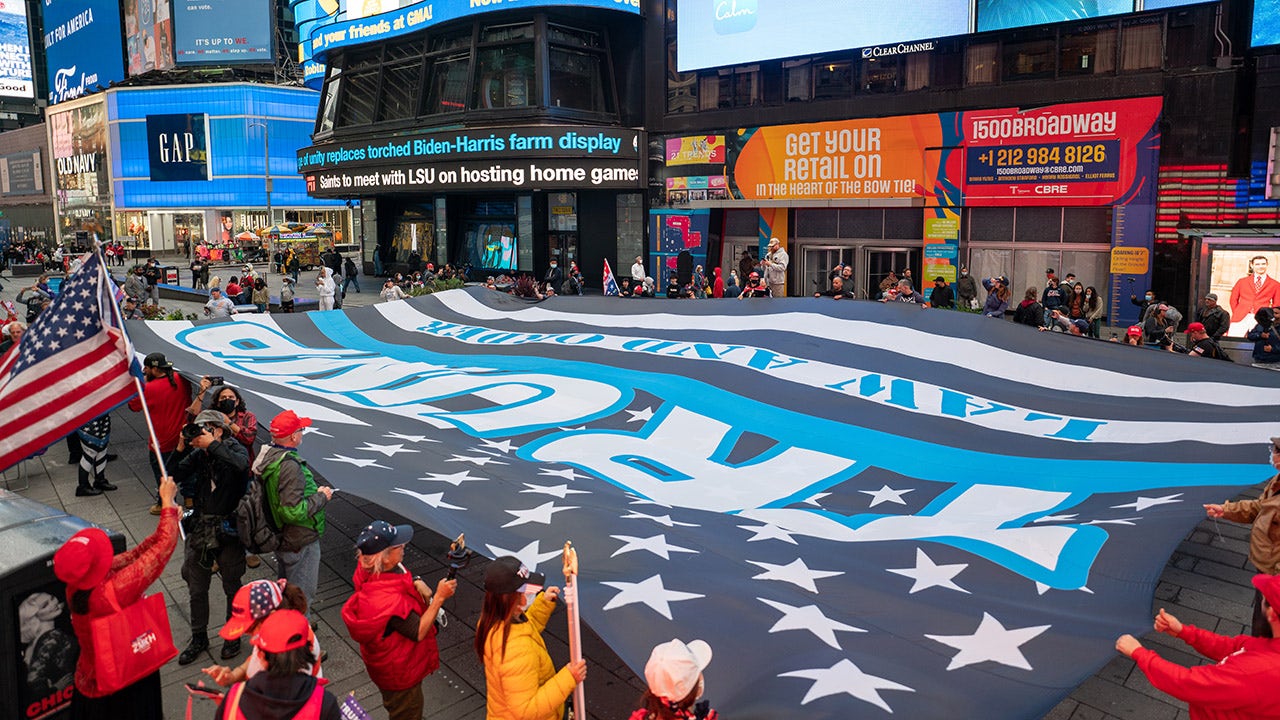 A crowd of dozens of President Trump’s supporters marched by Trump Tower on Fifth Avenue and through Times Square in New York City with what is said to be the “world’s biggest Trump flag,” according to photos and videos posted to social media.

The demonstration made its way through the Manhattan hotspots at approximately 3:30 p.m. Tuesday carrying the 75-foot-by-50-foot flag, which was emblazoned with the words: “Trump: Law and Order,” according to the Daily Mail.

As they marched, people from the group chanted “Four more years,” “Whose streets? Our streets” and the Pledge of Allegiance, according to the report.

Several videos of the demonstration were shared on a Facebook page, titled “OperationFlagDrop,” which boasts nearly 140,000 members and is meant for users to share pictures of Trump 2020 flags and banners.

Eric Trump, one of the president’s sons, thanked the crowd for their support of his father on Tuesday afternoon, tweeting: “We love all of you so much! If I was there today … I would come down and give you all a big hug!”

‘Everybody dies!’: Maskless woman booted from plane coughs on passengers