The U.S. Capitol Police announced that they arrested 26 people protesting in the street in opposition to Judge Amy Coney Barrett‘s Supreme Court nomination.

The 26 individuals were arrested for allegedly violating D.C. Code §22-1307, which prohibits “crowding, obstructing, or incommoding,” a misdemeanor punishable by imprisonment for up to 90 days.

One other person was arrested on a charge of resisting arrest, police said, a misdemeanor that carries a maximum penalty of six months’ imprisonment. 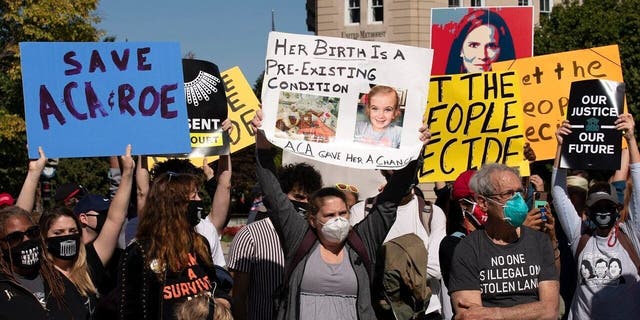 Demonstrators also gathered at the Supreme Court to demand Senate Republicans and the White House hold off on filling the seat held by the late Justice Ruth Bader Ginsburg, who passed away in September.

Supporters of Barrett’s also made themselves heard while brandishing “Confirm Amy” signs outside the hearing.