An international team of physicists claim they may have found evidence for a long-theorized type of subatomic particle called the axion.

The axion was first suggested in the 1970s to explain discrepancies in particle physics. They have also become a popular way to explain the existence of dark matter, the nebulous stuff that makes up 85 percent of the mass of the universe. But scientists have never found direct evidence of them before — until, perhaps, now.

As part of the XENON1T Dark Matter Experiment, detailed in a lengthy New York Times story about the discovery, researchers set up two tons of ultra-pure liquefied xenon in a vat under an Italian mountain. Xenon is a noble gas that is extremely stable, an inertness that makes it a perfect candidate to detect the presence of any particles that pass through it. 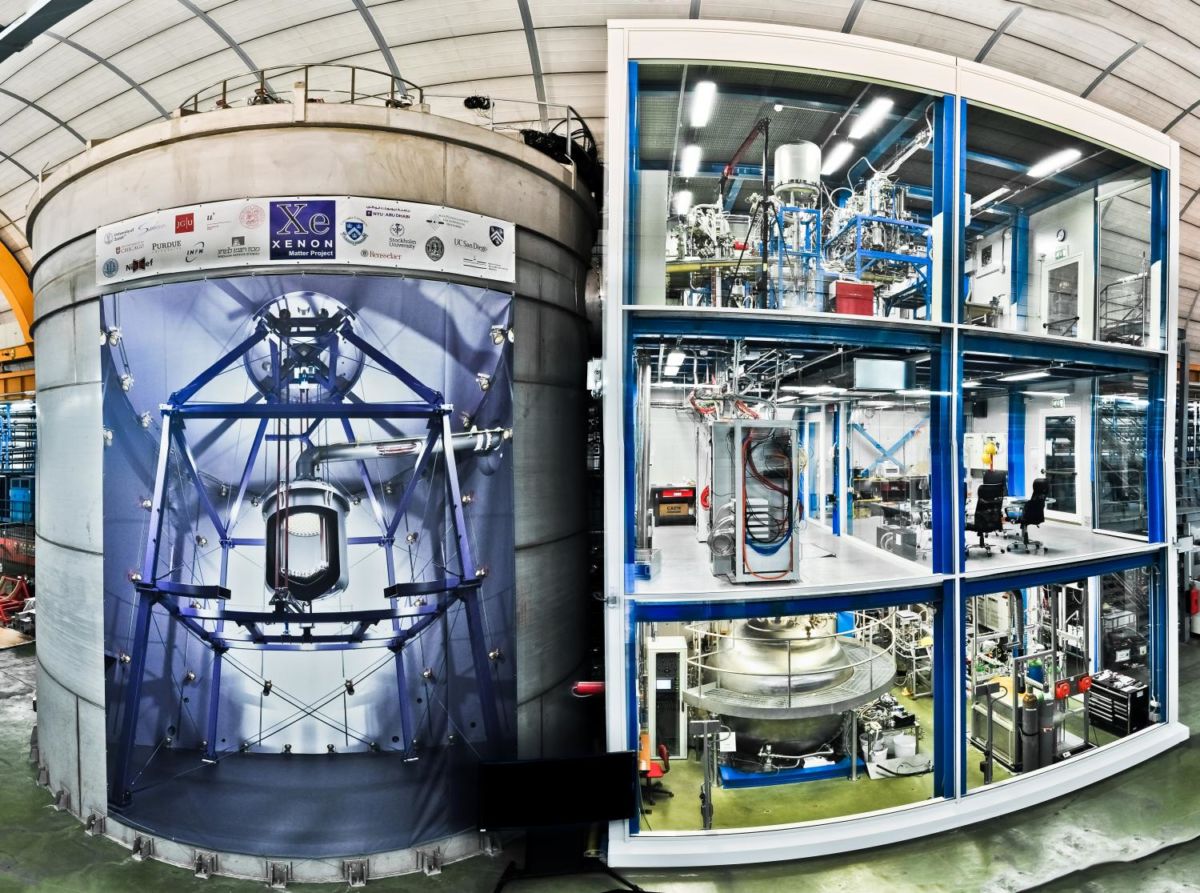 The team announced that they found a “surprising excess of events” of particles interacting with the xenon particles — events that the scientists couldn’t account for using the standard model of physics.

The scientists suggest there are three explanations for this excess. One is contamination in the tank. It could also be caused by neutrinos, a well-established particle.

The third explanation is far more bold, and could have sweeping implications in the world of physics. The interactions could be as a result of axions — potentially the first observation of the elusive particle.

While axions are not currently a proposed direct explanation for dark matter, they could’ve set the stage for the creation of dark matter in the early stages of our universe.

Scientists are undeniably excited by this third possibility, though they’re also urging restraint due to the other potential explanations.

“I’m trying to be calm here, but it’s hard not to be hyperbolic,” Neal Weiner, a particle theorist at New York University, who was not involved in the research, told The New York Times. “If this is real, calling it a game changer would be an understatement.”

“If this bears out, and if is a big question, this is the biggest game changer in my corner of physics since the discovery of cosmic acceleration,” Chanda Prescod-Weinstein, a physicist at the University of New Hampshire who also wasn’t involved, told Live Science in an email.

Others are calling for more time before popping the champagne corks.

“Despite being excited about this excess, we should be very patient,” Luca Grandi, a physicist at the University of Chicago and co-author of the yet-to-be-peer-reviewed paper, told Quanta Magazine.

A much larger experiment, with sensitivity levels dialed up, had to be delayed by the coronavirus lockdown in Italy. It may still take place later this year, according to the Times.

To put the statistics in perspective, Kai Martens, a physicist at the University of Tokyo who worked on the experiment, told Live Science that there’s about a 2 in 10,000 chance that random background radiation was behind the excess events rather than axions themselves. That kind of probability falls well short of the threshold physicists typically try to achieve before considering a discovery to be well-established.

But over time, physicists have become increasingly interested in exploring the possibility of axions as well.

More on axions: Scientists May Have Identified the Particles That Make Up Dark Matter