Buttigieg’s remarks were in reference to an alleged affair between President Donald Trump and adult film actress Stormy Daniels, whose real name is Stephanie Clifford. Daniels claims she engaged in an affair with Trump in 2006 after meeting at a celebrity golf tournament in Lake Tahoe. Weeks before the 2016 presidential election, Trump’s personal attorney Michael Cohen paid Daniels $130,000 to stop her from speaking publicly about the alleged affair. Although Cohen later claimed that Trump directed him to make the illegal campaign finance contribution to Daniels, the president has repeatedly denied the existence of the affair.

The White House declined to comment when Newsweek reached out.

Burnett’s question about Buttigieg’s sexual orientation came days after Limbaugh told listeners of his syndicated radio show last week that the candidate had little chance of securing the Democratic presidential nomination because “America is still not ready to elect a gay guy.” 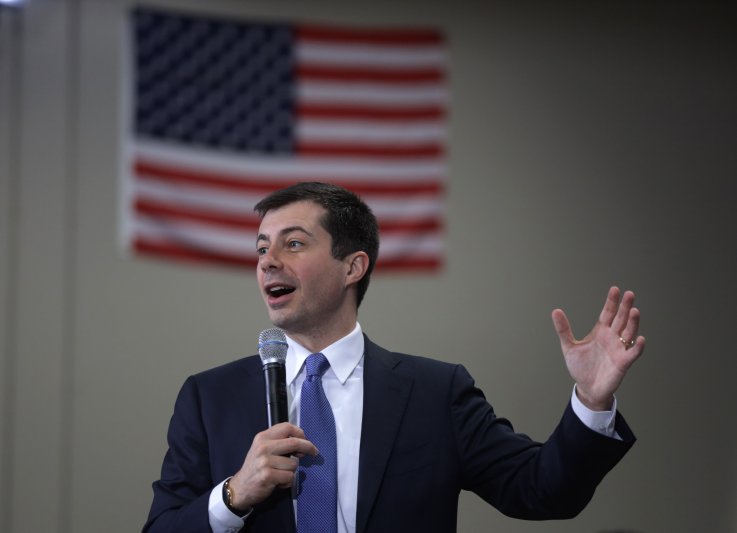 Limbaugh’s remarks drew considerable backlash online, with some critics calling his take “homophobic.” On Monday, Limbaugh told his audience that Trump called him and advised him to “never apologize.”

“Hell, the president even called me about this!” Limbaugh said on his show. “He said, ‘Rush, I just got to tell you something. Never apologize. Don’t ever apologize.'”

“I had no idea this thing had even bubbled up,” he added, in reference to the criticism. “You know, I’m up doing the medical thing that I have to do here, and I wasn’t even aware of this.” Limbaugh revealed he had been diagnosed with advanced lung cancer earlier this month.

Despite Limbaugh’s remarks, Trump told Fox News earlier this month that that he is open to electing a gay candidate for president. When asked by reporter Geraldo Rivera whether U.S. citizens would vote for a gay man, Trump replied: “I think so. I think there would be some that wouldn’t, and I wouldn’t be among that group, to be honest with you.”

‘I don’t know that McConnell has a lot of power,’ says GOP senator on impeachment vote – CNBC

Mark Hulbert: Here’s what you really should know about the ‘First...

High Surf Advisory issued January 15 at 4:05AM PST until January...

Japan minister says 'anything can happen' with Tokyo Games