The perfectly preserved remains of a prehistoric cave bear have been discovered by reindeer herders on a remote island in the Russian Arctic.

The Ice Age cave bear was found in melting permafrost on Bolshoy Lyakhovsky Island, the largest of the Lyakhovsky Islands, which are part of the New Siberian Islands archipelago off northern Russia. Even the bear’s nose and teeth are intact.

Scientists from the North-Eastern Federal University in Yakutsk are studying the carcass, the Siberian Times reports. Initial analysis suggests that the bear is between 22,000 and 39,500 years old.

Previously, scientists only had been able to discover the bones of cave bears that became extinct 15,000 years ago. 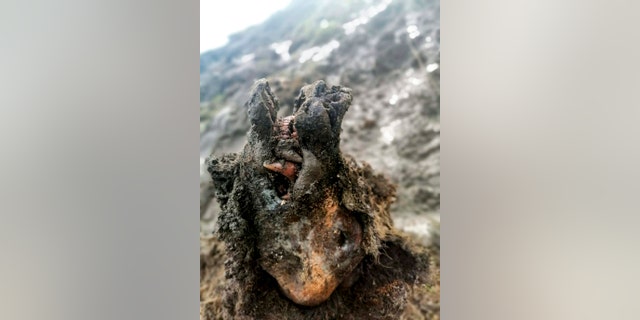 In this undated photo released by North-Eastern Federal University, a head of an Ice Age cave bear found on Bolshoy Lyakhovsky Island, or Great Lyakhovsky, the largest of the Lyakhovsky Islands belonging to the New Siberian Islands archipelago between the Laptev Sea and the East Siberian Sea in northern Russia. Reindeer herders in a Russian Arctic archipelago have found an immaculately preserved carcass of an Ice Age cave bear revealed by the melting permafrost, which has all its internal organs, teeth and even its nose intact. (North-Eastern Federal University via AP)

Scientists at the North-Eastern Federal University hailed the find as groundbreaking. In a statement issued by the university, researcher Lena Grigorieva emphasized that “this is the first and only find of its kind — a whole bear carcass with soft tissues.”

More research will be undertaken on the bear’s remains. 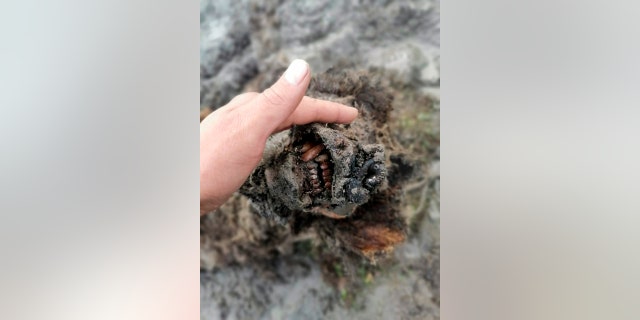 The preserved carcass of a cave bear has also been discovered on Yakutia on the Russian mainland, according to the university. Scientists hope to obtain DNA from the remains.

Russia’s remote regions continue to reveal their secrets. Earlier this year, for example, scientists revealed that a frozen bird found in the Siberian permafrost is a 46,000-year-old lark. 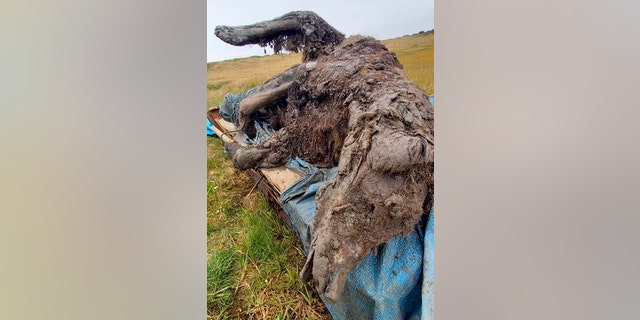 Wooly mammoth finds and other prehistoric remains such as wooly rhinos and cave lion cubs have also been made in the Siberian permafrost on a number of occasions.

The Associated Press contributed to this article.

Judge rules Louisville police do not have to release investigative file...

A piece of Lincoln's hair and telegram smeared with his blood...