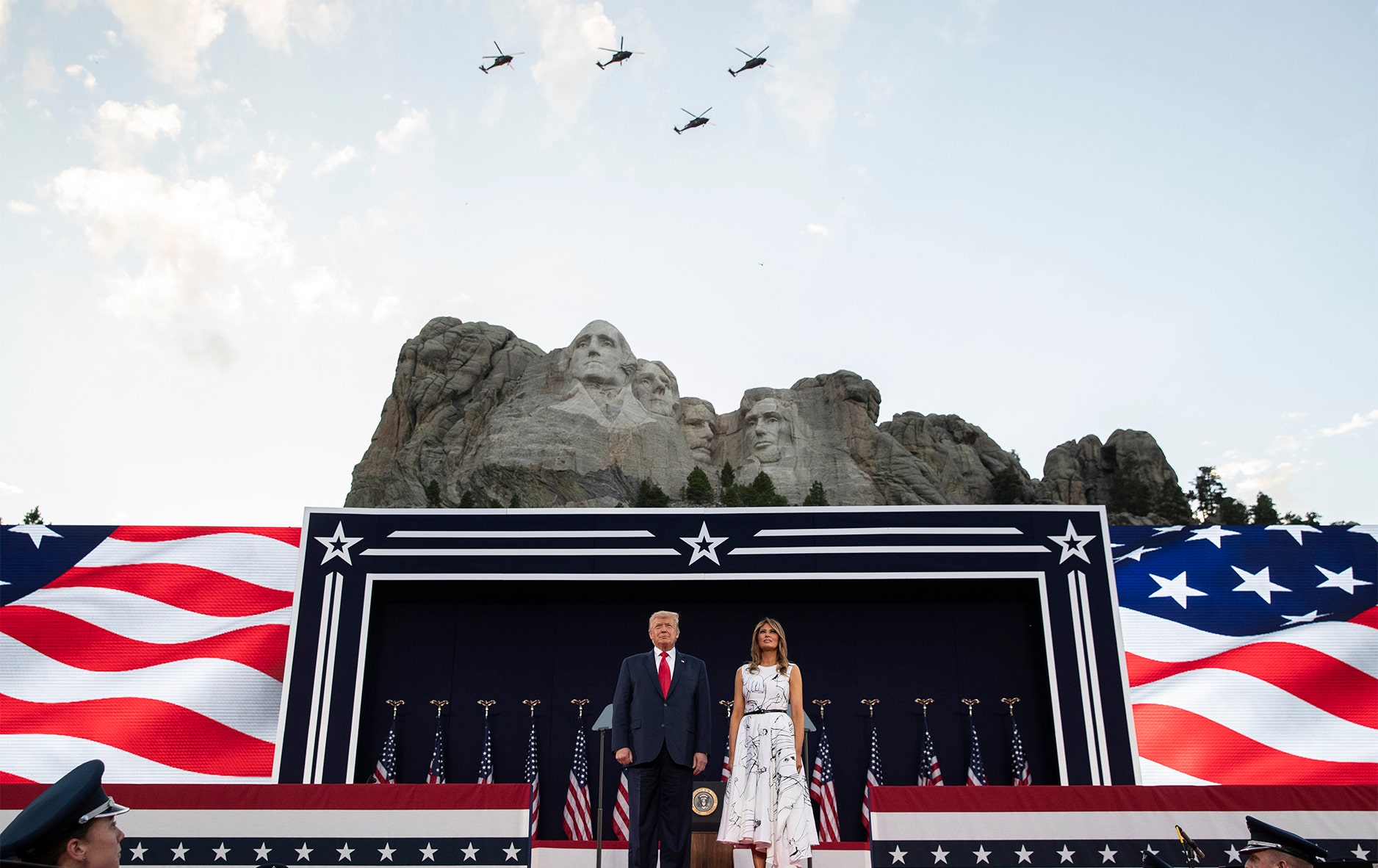 Against a dramatic backdrop of fluttering flags and fireworks over Mount Rushmore in South Dakota, President Trump lashed out Friday night against those determined to attack not only our country’s celebration of independence, but also America’s foundational principles.

“They would tear down the beliefs, culture, and identity that have made America the most vibrant and tolerant society in the history of the Earth,” Trump told a cheering crowd.

It wouldn’t be the first time we faced a crisis. It won’t be the last.

Years ago, the late radio commentator Paul Harvey told of an elderly man who kept a rustic home up in the mountains of Virginia. Although a bit of an eccentric, he was deeply religious and known for his simple wisdom and sage advice.

Some cynical boys from a neighboring village were determined to make him look foolish and expose him as a fraud.

“I know how we can get him,” said one of the boys. “I’ll take a bird in my hand and hold it so he can just barely see it through my fingers. I’ll then ask the old codger if the creature is dead or alive. If he guesses it’s dead, I’ll let it fly away. If he says it’s alive, I’ll crush it.”

One of the boys captured a bird and approached the bearded mountain man, posing that very same question to him. Was it dead or alive? Looking intently toward the boy’s nearly closed clasped hand, the hermit at last answered.

“It is as you will, my son,” the man gently replied.

We’re the only nation on Earth that millions of people risk their lives to join – because they know anything is possible here.

In so many ways, America is that metaphorical bird. As we celebrate our 244th birthday this weekend, amidst tensions threatening to topple our great and enduring traditions, it’s an open question whether the nation will fly free or be crushed by the weight of antagonists from within.

Thankfully, it’s up to us.

Truth be told, our fate as a nation has long been in our own hands. Yes, God has richly blessed America and I believe He ultimately determines our fate. But our decisions, both personally and collectively, have consequences.

The French diplomat Alexis de Tocqueville famously observed after visiting the United States in the 1830s: “Not until I went into the churches of America and heard her pulpits aflame with righteousness did I understand the secret of her genius and power. America is great because she is good, and if America ever ceases to be good, she will cease to be great.”

Yes, I believe America is great, though not perfect. No nation is without its sins because every country is comprised of sinful people.

Many people seem to forget that when Thomas Jefferson sat down to draft the Declaration of Independence – which famously states that “all men are created equal” – he included a passage denouncing slavery. Sadly, it was deleted. Too many people felt financially threatened to give slaves the freedom all human beings deserve.

Jefferson was a paradoxical figure. Yes, he owned slaves. In fact, the historian Jon Meacham points out that his life was framed by the abominable practice.

Jefferson’s first memory was being passed on a pillow by a slave. Eight decades later, as he lay dying with his head on a pillow, the last person he was able to communicate with was one of his slaves who understood his wishes by the movement of his eyes.

“From pillow to pillow, Thomas Jefferson’s life was made possible by slavery,” Meacham observed.

Our Founding Fathers did the right thing by declaring themselves free from Great Britain. Though reluctant rebels, their brave and courageous risk led to a glorious new nation.

But they did the wrong thing by not confronting the evil of slavery then and there. Had they accepted Jefferson’s first draft and ended the wickedness of human bondage in 1776, might they have avoided the horrors of the Civil War 85 years later?

It may not come easy, but as Dr. Martin Luther King Jr. famously declared, “It’s always the right time to do the right thing.”

America is in desperate need of people doing the right thing despite the consequences.

Independence Day weekend is the right time in America to hold up high the many wonderful police officers who help keep the peace and the 1.3 million members of the military who battle on our behalf.

It’s the right time to pray for President Trump and elected officials of both political parties.

Mockery only produces misery – for everybody.

It’s the right time to stand up to the anarchists and bullies. We can peacefully debate the proper place for historic statues, but we can’t tolerate violent mobs who proclaim themselves both judge and jury and tear down statues and monuments.

On this weekend – and every other day of the year – it’s the right time to be grateful for America.

We’re the only nation on Earth that millions of people risk their lives to join – because they know anything is possible here. If you’re willing to help others reach for their dreams, they will help you grasp yours.

Our republic is strong but fragile. The choice is ours.