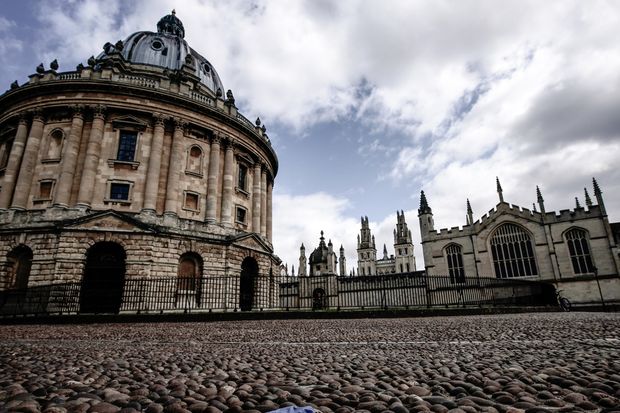 The University of Oxford’s Radcliffe Camera earlier this year, after students were sent home and tourists urged to stay away from the city.

Scientists at the University of Oxford have developed an “extremely rapid” COVID-19 test that can produce results in less than five minutes, the university said on Thursday.

The researchers hoped the test could eventually be used at airports, music venues, and businesses to quickly establish COVID-free spaces.

The university said it hoped to start product development in early 2021, with an approved device available within six months. It is currently working to set up a spinout company, seeking investment to accelerate the test into a fully integrated device.

Earlier this week, Siemens Healthineers SHL, -0.91% launched a rapid antigen test that can identify the virus within 15 minutes, with plans for it to be submitted for Food and Drug Administration Emergency Use Authorization.

The Oxford test is able to identify SARS-CoV-2, the virus that causes COVID-19, with “high accuracy,” the researchers said in a preprint study that is yet to be peer reviewed. It can also differentiate the virus from other infections such as flu and seasonal human coronaviruses, the study added.

The method involves taking throat swabs, which are then scanned for virus particles. Machine-learning software then “quickly and automatically” identifies the virus present in the sample — exploiting the fact different viruses have distinct surface chemistry, sizes and shapes.

While the breakthrough may not be developed into a fully functioning mass testing device until the latter part of 2021, it could help countries and economies combat the pandemic next winter.

Dr. Nicole Robb, assistant professor at Warwick Medical School and a co-lead on the research, said: “A significant concern for the upcoming winter months is the unpredictable effects of co-circulation of SARS-CoV-2 with other seasonal respiratory viruses; we have shown that our assay [test] can reliably distinguish between different viruses in clinical samples, a development that offers a crucial advantage in the next phase of the pandemic.”

The University of Oxford has also partnered with British drugmaker AstraZeneca AZN, -0.85% to develop a COVID-19 vaccine candidate, whose Phase 3 trial remains on hold in the U.S. but has restarted elsewhere after a U.K. volunteer became ill.

NerdWallet: What’s the difference between being preapproved and prequalified for a credit card?

Next Avenue: Double jeopardy: Don’t put off your flu shot any longer