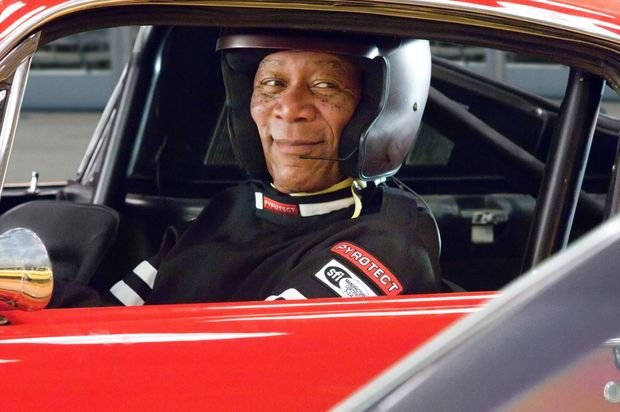 I’m going to be 70 next year and I think I’m in pretty good shape. I do 25 push-ups before bed, along with some stretching. I usually go for a long walk in the morning and, once in a while, I might head out for a hike. On top of that, I do strengthening exercises three times a week.

I don’t take medication or have any chronic ailments. Of course, you can never be sure what’s going on with your body, because so many things can go undetected. Still, I think I’m OK physically.

Instead, what’s been on my mind lately has been my mind. I know I’ve been slipping. I’m reminded when I head out in the car with my wife and she uses her finger to point which way to go. She knows from experience that I sometimes head off in the wrong direction, even when we’re driving to places that I’ve been countless times.

We can be lying in bed and she’ll whisper, “Honey, did you leave the keys in the front door?” I’ve done that on multiple occasions, too.

My wife is the best judge of how well I’m doing health-wise. Who could be a better judge than the person who knows me best? She doesn’t have to say anything, because I can tell by her actions that she, too, knows I’m slipping mentally.

I know it could be an overreaction on my part, because I can still function like a normal person. But the question is, for how long? That’s also on my mind.

The first time I realized that I might have lost a few too many brain cells was when I was the trustee for my mother’s estate. As I was filling out all the paperwork, I realized I was making too many dumb mistakes, such as not signing documents. I’ve come a long way from the guy who made a career by paying close attention to detail.

Now that I’m approaching age 70, I feel a sense of urgency to get on with my retirement. Sometimes, I feel time is running out. Some of this urgency could come from COVID-19, during which many of us feel like our life is on hold.

If there were do-overs in life, I’d probably have taken time away from work in my early 50s to do some of the things I planned to do once I was fully retired. Instead, I waited until I quit work to do those things—and that might have been the wrong decision.

Almost immediately, I had caregiving responsibilities for my parents and now we have this pandemic, and together they’ve kept me from doing the things I planned on doing in retirement. It’s been 11 years and counting since I quit work, and I’m still waiting to experience fully what retirement life is all about. Hopefully, when this public health crisis is over, I can start enjoying my retirement more.

If I had reduced my hours at work at age 50, I’d probably still have been in pretty good shape financially. Why? Thanks to compounding, all that money you invested early in life is far more important than the money you invest later.

It might not be ideal for everyone to cut back on their workload in their 50s. But if you have your house almost paid off and the kids are no longer at home, it could be a good time to enjoy life more.

You might frown at your co-worker who took off from work for a couple of months to travel and visit long-lost friends. But the joke might be on you if you wait until retirement to start enjoying life more. You never know what lies ahead. Putting off your retirement wish list until you can fully retire is a risky proposition.

I don’t say you should necessarily quit work and retire early. But I’d encourage you to spend more time enjoying life, instead of accumulating more wealth that might not be needed.

This column originally appeared on Humble Dollar. It was republished with permission.

Dennis Friedman retired from Boeing Satellite Systems after a 30-year career in manufacturing. A self-described “humble investor,” he likes reading historical novels and about personal finance. His previous articles include Try Not to Slip, Go Long and The Short Game. Follow Dennis on Twitter @DMFrie.

Will you authorize a COVID-19 vaccine for a relative in a nursing home? Ask these questions first

: U.K.’s speedy approval for COVID-19 vaccine was because it’s a ‘much better country’ than America, claims top politician

Red Flag Warning issued December 04 at 3:33AM PST until December...