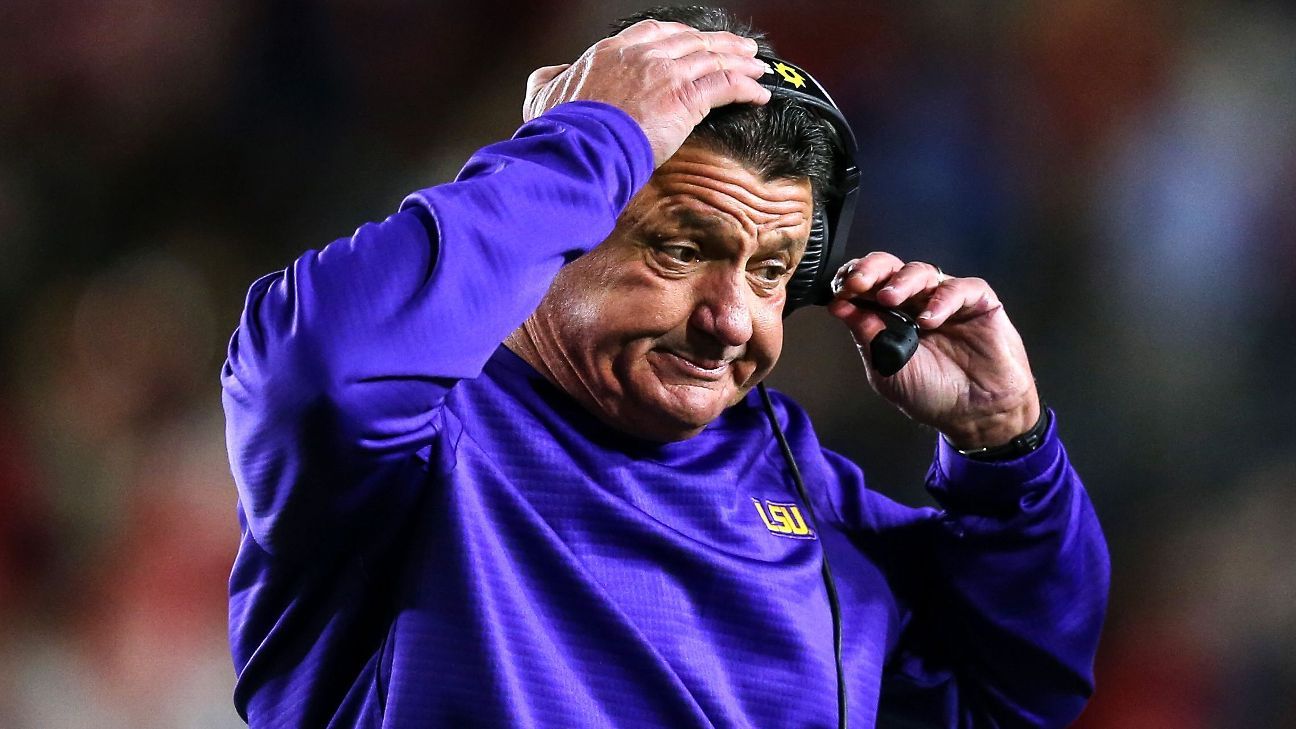 LSU coach Ed Orgeron said on Tuesday that most of his team has contracted COVID-19.

Asked later for further clarification, Orgeron said he didn’t know the exact percentage of players who have had the coronavirus.

“Hopefully that once you catch you don’t get it again,” he said.”I’m not a doctor. I think they have that 90-day window, so most of the players that have caught we do feel like they’ll be eligible games.”

Per SEC protocols, players who have contracted COVID-19 don’t have to be tested again for 90 days.

LSU, like many programs in the SEC and nationally, has not provided regular reports on the number of players who have contracted the novel coronavirus.

Two weeks ago, Orgeron said all but 2-3 offensive lineman missed practice because of testing.

“You have to make adjustments,” he said.

Orgeron’s comments come on the heels of Texas Tech self-reporting five more cases of COVID-19 on Monday, bringing the team’s total number of positive cases to 75 since players returned to campus in June.

Orgeron also reported that reserve DL Nelson Jenkins has opted out and is not with the football team, adding that it’s been at least two weeks since coach and player have spoken.

Another defensive lineman, Neil Farrell Jr., opted back into the season this week, and Orgeron said he’s been hearing rumblings that defensive tackle Tyler Shelvin might be considering a return as well.

“We’d take him back and we want him back,” Orgeron said. “If he doesn’t come back then we wish him the best. If not, like any member of our family, we’ll take him back.”

LSU, which also lost wideout Ja’Marr Chase and defensive back Kary Vincent to opt outs, opens the season at home against Mississippi State on Sept. 26.

Butler on loss: Digging out of big holes 'gets old'

Sunday's fantasy football inactives watch – Who's in and who's out?

How A.J. and Kate Pollock faced their daughter's premature birth

MLB Sunday Spotlight: How far will Dodgers, Astros go in the...