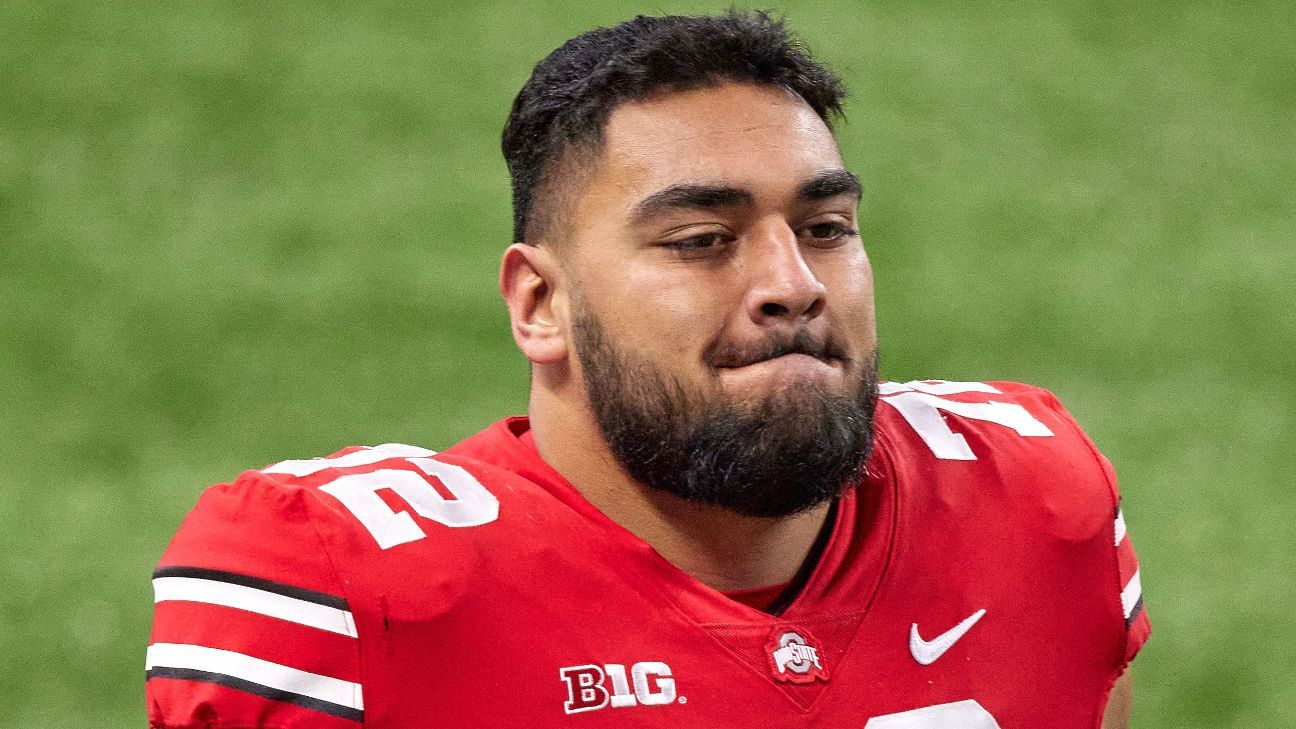 In all, 13 players were listed on the team’s unavailability report, including two other defensive linemen. Backup kicker Dominic DiMaccio is also unavailable.

Alabama receiver Jaylen Waddle has a chance to play for the first time since he broke his right ankle against Tennessee on Oct. 24. Waddle participated in pregame warm-ups.

Coach Nick Saban told ESPN’s Allison Williams that if Waddle does play, it would be on a limited basis.

“That decision is going to be up to him,” Saban said.

In a message posted to Instagram, Haubeil said he tested positive for COVID-19 and is asymptomatic, but is extremely upset to miss the game.

“I have spent the past four months making sacrifices, and have not seen family and friends on single time. … Knowing I have so much more to give and not having the opportunity to do so tonight, is one of the most gut-wrenching feelings I’ve ever had,” he wrote.

Without Togiai, look for Jerron Cage to get extended playing time. Backup Ty Hamilton is also unavailable. With Smith out, Tyler Friday would be the next player up.

The Buckeyes will turn to freshman Jake Seibert to kick. Seibert has made 13 extra point attempts and missed his only field goal attempt.