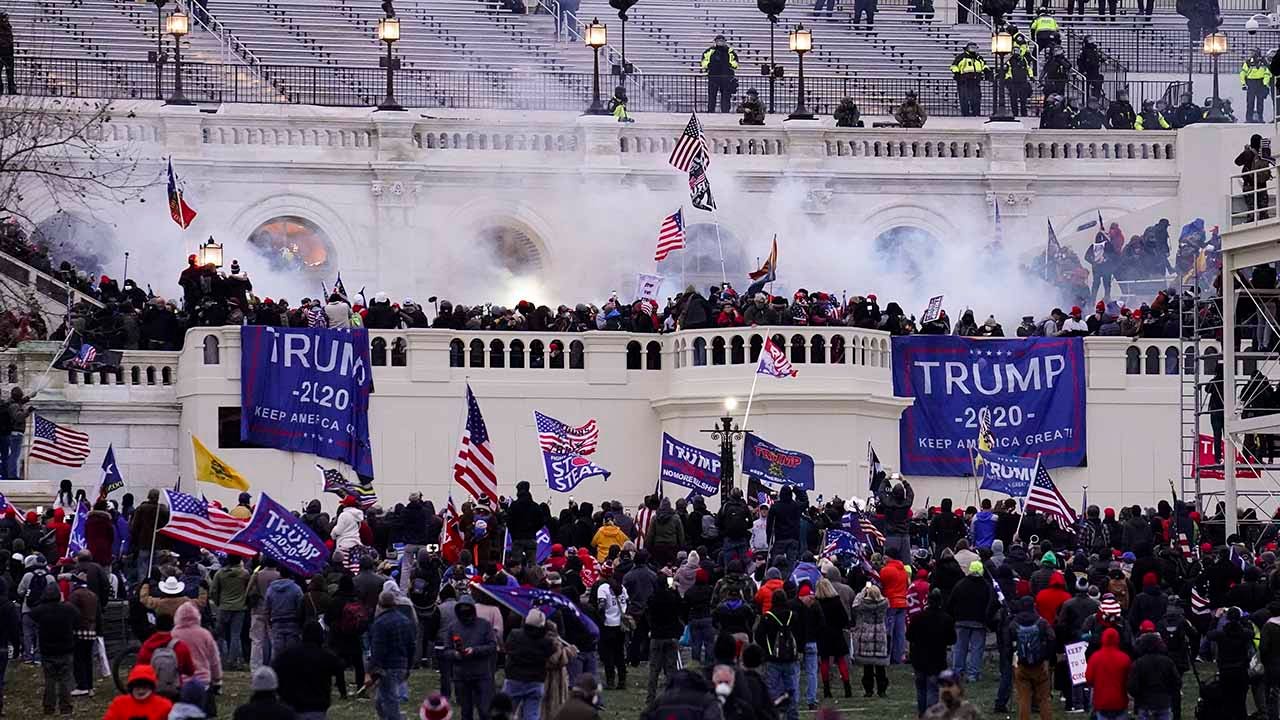 The New York Police Department is investigating whether at least one of its members was involved in last week’s riot in Washington, D.C., as the Big Apple’s mayor warned Monday that any city employee involved in the attack “will be terminated.”

NYPD Commissioner Dermot Shea told Spectrum NY1 that “there is one investigation that is active on one member” in connection with Wednesday’s attack at the U.S. Capitol.

“There is no name yet released because we don’t know if it’s true or not,” Shea said. “But I can tell you that anyone committing crimes certainly would have a very short shelf life with the NYPD.”

FBI VISITED EXTREMISTS AHEAD OF CAPITOL RIOTS, URGED THEM NOT TO TRAVEL TO DC: SOURCE

Shea, who announced last week he had tested positive for the novel coronavirus, said he had spoken last night with Joseph Resnick, who heads the department’s Internal Affairs Bureau, on the matter.

Speaking about Wednesday’s events on Capitol Hill, Shea said he was “deep in COVID” at the time, but added: “Like everyone else, I was disgusted by what I saw.”

Later Monday, Mayor Bill de Blasio issued a scathing rebuke on any city employees who participated in the violent events, saying they’d be out of a job if caught.

“Any New York City employee, any part of the city government, who participated in an attack on our democratic institutions, who participated in an insurrection at the Capitol, will be terminated. Period,” the Democratic mayor told reporters. “If we have proof that someone violently attacked our United States government, they will not be working for New York City any longer.”

Last week, hundreds of people – some armed with guns – pushed their way into the halls of the U.S. Capitol, smashed or dismantled property and went into House and Senate leaders’ chambers. Meanwhile, Hill staffers and lawmakers were under lockdown, or hid behind chairs or under desks and tables.

Five people, including a U.S. Capitol Police officer, died during or in connection with Wednesday’s events.

As of Monday morning, the FBI told Fox News it had received over 40,000 digital media tips, including video and photos, from the public.

Shea added Monday that law enforcement officials in Washington, D.C. asked the NYPD one-to-two months ago if the department would send members to the capital for the inauguration.

“We complied and said we would be happy to,” he said. “I think it’s more important than ever to show the solidarity with law enforcement, with the country as a whole, that what that building stands for – what our freedom stands for – is something that we should never take for granted and has to stand tall above all else.”

Bobby Jindal: Biden may find support for some proposals among populist Republicans in Congress

Dershowitz calls Trump impeachment a 'loaded weapon' that would be 'so...

Taylor Heinicke hopes breakout performance against Buccaneers will keep him in...