VOICE OF THE HWY
Home NEWS SAFETY NEWS North Korea no longer interested in 'useless' meetings with US, says senior...
Facebook
Twitter
Pinterest
WhatsApp
A statement from North Korean Foreign Ministry adviser Kim Kye Gwan, posted by state news agency, KCNA, said: “I interpreted President Trump’s tweet on the 17th to signify a new DPRK-US summit” but “we are no longer interested in these meetings that are useless to us.”
Kim suggested that the US is trying to portray “advancement in Korean Peninsula issue” but that it was a delay tactic. 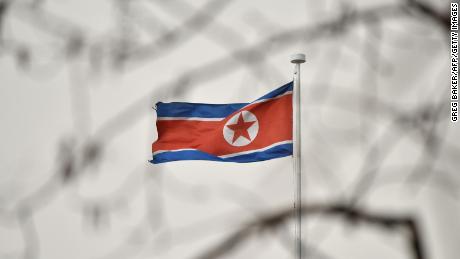 “We will no longer give the US president something to boast about for nothing in return, and we must receive from the US what is corresponding to the results that President Trump is already boasting as his achievements,” Kim said.
CNN is seeking comment from the White House.
In his tweet, Trump told North Korean leader Kim Jong Un to reach a deal, saying: “You should act quickly, get the deal done” and hinted at another meeting, signing off with “See you soon!”
In October, Kim praised his “special” relationship with Trump, with one of North Korea’s most respected diplomats telling state media the two leaders maintain “trust in each other” even though working-level talks between Washington and Pyongyang in Sweden had collapsed earlier that month.
North Korean diplomats said they broke off those negotiations because of what they described as US intransigence. The State Department disagreed, saying the two sides had a “good discussion.”
Unlike his predecessors, Trump has embraced a top-down approach to nuclear negotiations with North Korea in the hopes of solving a problem that has eluded successive US administrations. 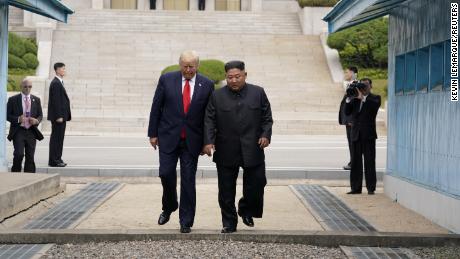 North Korea has publicly expressed appreciation for Trump’s efforts, but has criticized those around him for appearing inflexible. Kim said in an important policy speech in April that he would give the Trump administration until the end of the year to change its negotiating strategy.
Trump and Kim have met three times since 2018 in an attempt to bring about the long-sought denuclearization of North Korea. While there were vague pledges of nuclear disarmament during their historic first meeting in June 2018, a summit in Hanoi in February 2019 ended with no joint agreement after Kim insisted all US sanctions be lifted on his country.
In June, Trump became the first sitting US President to step into North Korea, meeting the North Korean leader at the demilitarized zone (DMZ).