A North Carolina woman tried to pinky-promise her way out of paying a $135,000 bond by claiming she’d show up for her court hearing if her bail was reduced — something the judge wasn’t keen on doing since the woman had been in trouble for fleeing from police custody.

“She is literally a flight risk,” Cleveland County District Attorney Sally Kirby-Turner told Judge Athena Brooks. “Please do not reduce this bond. If anything, it should be increased.” 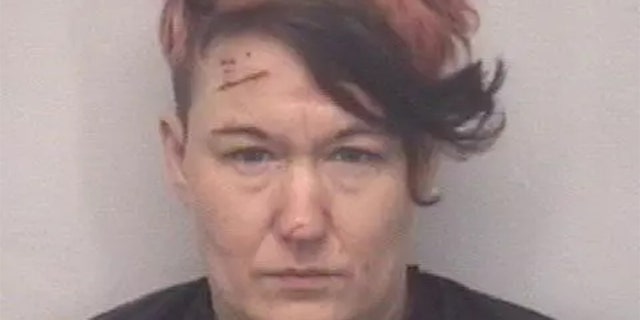 Brandi Goins Fletcher was arrested on a warrant for failing to appear on May 12. When she was brought in to the Cleveland County Sheriff’s Office she ran away from officers.

“Detention officers got her out of the van. Mrs. Fletcher had her arms in a pink sweater. When she moved her sweater, officers noticed she wasn’t cuffed,” Kirby-Turner said in court Friday. “Officers went to go cuff her and she said, ‘I’m sorry, but I got to go.’”

Fletcher allegedly slipped under a gate that leads to a parking deck. Deputies chased her on foot before taking her back into custody, the Gaston Gazette reported.

When asked about her bond reduction, Fletcher’s lawyer said his client probably took off running due to substance abuse and the fear of facing the charges.

This isn’t the first time Fletcher has been in trouble with the law.

She previously has been convicted of larceny, felony breaking and entering, possession of stolen goods, DWI, conspiracy, and possession with intent to sell counterfeit controlled substances, according to the North Carolina Department of Public Safety.

Cardinals activate Fowler and Gallegos amid flurry of transactions

Gowdy says Trump can make SCOTUS nominations up until his 'last...