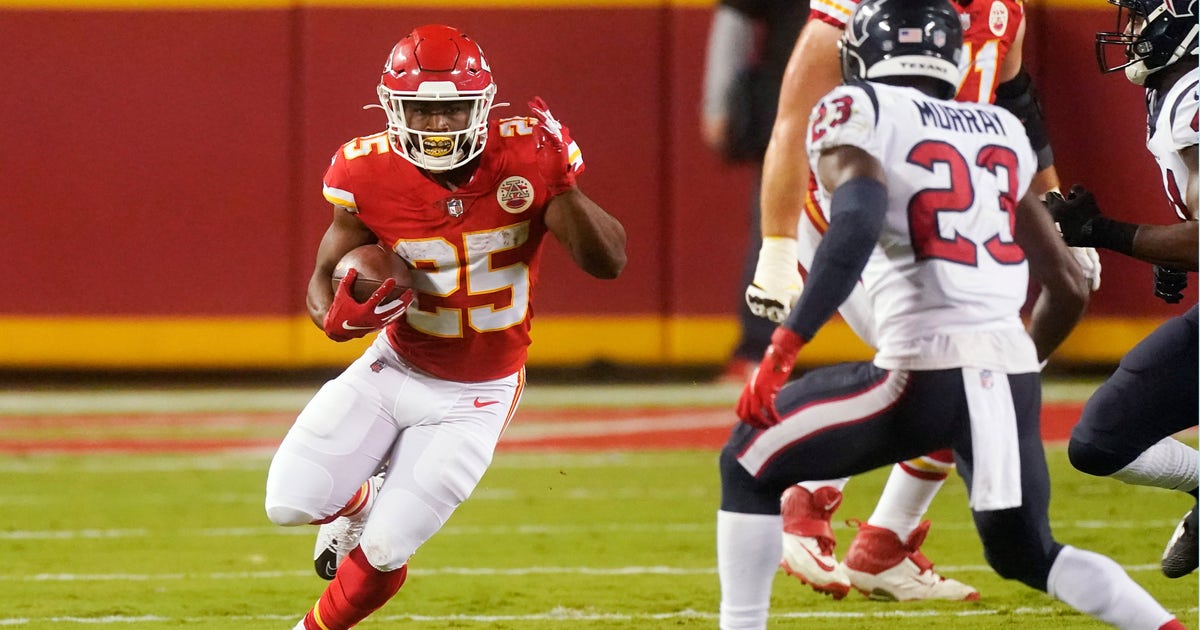 KANSAS CITY, Mo. — Tyrann Mathieu knew perhaps better than just about anybody what the Kansas City Chiefs were getting when they selected running back Clyde Edwards-Helaire out of LSU in the first round of the April draft.

You see, Mathieu bleeds purple and gold. He was born and raised in New Orleans, starred at St. Augustine High School and nearly won the Heisman Trophy while starring for the Tigers.

And even though Mathieu was dismissed from the program for a violation of team rules, he remains a steadfast fan of everything going on down on the bayou.

So while most of the college football world was focused on quarterback Joe Burrow as he led LSU to the national title last season, the Honey Badger was focused on the diminutive running back who caused fits for defenders like him.

“I’m so impressed with the young man,” he said. “Obviously, I’m a huge LSU guy. I’ve seen him stick his foot in the ground and make guys miss plenty of times. I’ve seen him bounce off plenty of Alabama, Auburn and Mississippi State guys.”

This is the NFL, though. This isn’t college football — even the rough-and-tumble world of the SEC.

Yet the 31st overall pick in the draft showed the NFL that his skill set translates quite nicely to the sped-up world of pro football. He ran 25 times for 138 yards, highlighted by a 27-yard touchdown scamper in which he stuck that foot in the ground and made a Texans defender look downright foolish. And while he failed to catch a pass, Chiefs quarterback Patrick Mahomes targeted him twice in a sign of just how comfortable he is in the passing game.

In short, it was the kind of debut that could only make Chiefs general manager Brett Veach and coach Andy Reid smile. They were the ones who decided to add one more playmaker to their offense rather than fill some holes on their spotty defense.

“We feel like he had a good camp, and he’s a heck of a player, so we wanted to give him the ball,” Reid said. “We didn’t come in saying he would get X-number of carries. We like the mix we were able to get going.”

Yet after Week 1 wrapped up, it was Edwards-Helaire who found himself leading the league in rushing. All-Pro running back Derrick Henry of the Titans was second with 116 yards in their Monday night win over the Broncos, and Benny Snell Jr. was the only other one to eclipse the century mark with 113 yards rushing in the Steelers’ win over the Giants.

“When we first ran out, just nerves at an all-time high,” Edwards-Helaire said, “but then you know, as time went on, we were just kind of on the field, my brothers, and they made me feel at home. Ultimately the first carry, yeah, I felt a lot of emotions, but after I got tackled the first time, and got rolled up, I just knew: It’s football. Time to roll.”

Kansas City wound up feeding him all game, too. Part of that is because presumptive starter Damien Williams opted out of the season, making Edwards-Helaire the clear-cut No. 1. But part of it was because the Texans were so focused on defending the Chiefs’ wide receivers that it created soft defensive fronts and big running lanes.

Edwards-Helaire wound up playing 67% of offensive snaps, and he was crucial in the Chiefs putting the game away in the fourth quarter by chewing up clock while they nursed a big lead.

“We started to game plan and we started to understand what we were going to do during the game,” Edwards-Helaire said, “and what was going to be our identity. And once you go through that for a week and a half, you start to see where you fit in and after that, just game time. You can hope things you did in practice work, but other than that, it’s flipping the switch.”

The challenge for Edwards-Helaire is to show that he can flip it on a week-to-week basis. The Chargers will no doubt focus more heavily on him than the Texans did when the Chiefs hit the road Sunday, and Reid acknowledged his blossoming young star will have to learn to adjust to the rigors of a 16-game regular season.

It’s all part of learning about life in the NFL.

“How are you going to recover next week? There’s a way of doing that in the National Football League,” Reid said. “How do you get yourself right for a Wednesday practice? How do you manage yourself up to that point and then get ready for the game? All of these he has to learn to manage here.”

Thiem gets fourth shot at first major, against Zverev

NHL Playoffs Today: Can the Golden Knights strike back?