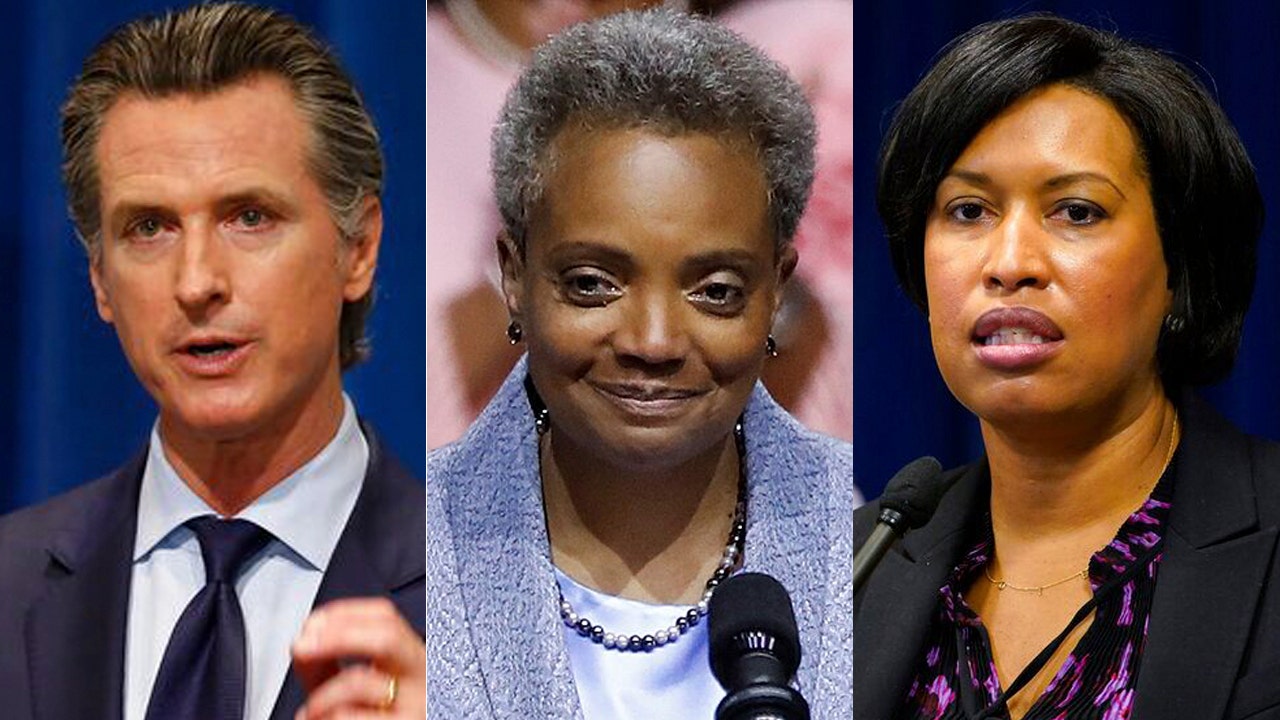 California Gov. Gavin Newsom is the latest of several Democratic leaders who have drawn controversy for appearing to violate their own coronavirus restrictions.

Newsom was spotted at an upscale restaurant earlier this month, where attendees of a birthday party for adviser Jason Kinney were seated closely without face masks. Photos obtained by Fox 11 in Los Angeles showed nearly a dozen people sitting together.

“The spirit of what I’m preaching all the time was contradicted,” Newsom told Fox 11 in Los Angeles said. “ I need to preach and practice, not just preach.”

A Kinney spokesperson said the event was considered outdoors and did not violate any rules.

The news comes as Newsom had just announced new coronavirus restrictions this week. These include closing indoor dining in a majority of counties across the state as cases surge in California and across the country.

State officials have also urged residents to avoid large Thanksgiving gatherings next week to keep the virus from spreading.

Newsom said in his apology that he wanted to “own” his mistake because he worried it would undermine the message of safety he wanted to send to residents.

Washington, D.C. Mayor Muriel Bowser was less contrite after traveling to Delaware to congratulate President-elect Joe Biden on his election victory, despite the state being on Bowser’s own travel advisory list. Bowser discussed the trip while holding a press conference on Monday, even though her order requires a 14-day quarantine following travel, NBC Washington reported.

Bowser insisted that the restriction does not apply to her situation because it was essential travel.

Another Democratic mayor, Chicago’s Lori Lightfoot, also faced backlash for urging residents to take new precautions soon after she had shared video of herself in a crowd and speaking without a mask following the presidential election. Just days later, she announced a “stay-at-home advisory” that says residents should only leave home for work, school, or other “essential needs.”

“I will tell you in that big crowd a week ago, everybody was wearing masks,” the mayor said to MSNBC‘s Stephanie Ruhle after being asked about the mixed messages between her behavior and her advisory. She also defended it by saying that the “crowd was gathered whether I was there or not,” that “this has been a super hard year on everyone,” and that “there are times when we actually do need to have relief and come together.”

Newsom, Bowser, and Lightfoot are far from the only Democrats who have told others to act one way while acting differently themselves.

Earlier this year, House Speaker Nancy Pelosi was caught maskless while getting hair treatment at a salon indoors, which had been forbidden by local ordinances at the time.

Democratic Philadelphia Mayor Jim Kenney got called out after he imposed a restriction against indoor dining in his city but was then spotted at a Maryland restaurant. A spokesperson for the mayor told USA Today that the eatery was located in Cecil County, which borders Pennsylvania.

Kenney admitted he did this in a tweet in which he said he understood why people were upset but did not apologize.

“I know some are upset that I dined indoors at a restaurant in Maryland yesterday,” Kenney tweeted Monday. “I felt the risk was low because the county I visited has had fewer than 800 COVID-19 cases, compared to over 33,000 cases in Philadelphia. Regardless, I understand the frustration.”

During the height of the pandemic in April, when New Yorkers were told to stay at home except for essential travel, New York City Mayor Bill de Blasio was criticized for leaving his Manhattan residence to go for a stroll in Brooklyn’s Prospect Park.

“Seriously you guys have a park, you live in the middle of a park,” a man could be heard saying to De Blasio in a video of the incident, referring to the mayor’s residence of Gracie Mansion, which is already within the confines of another park in Manhattan.

“Come on guys, give it a break,” the mayor was heard saying in response to the criticism.

Trump investigations will be used to 'satisfy' hard-left progressive base in Biden admin: Ben Domenech