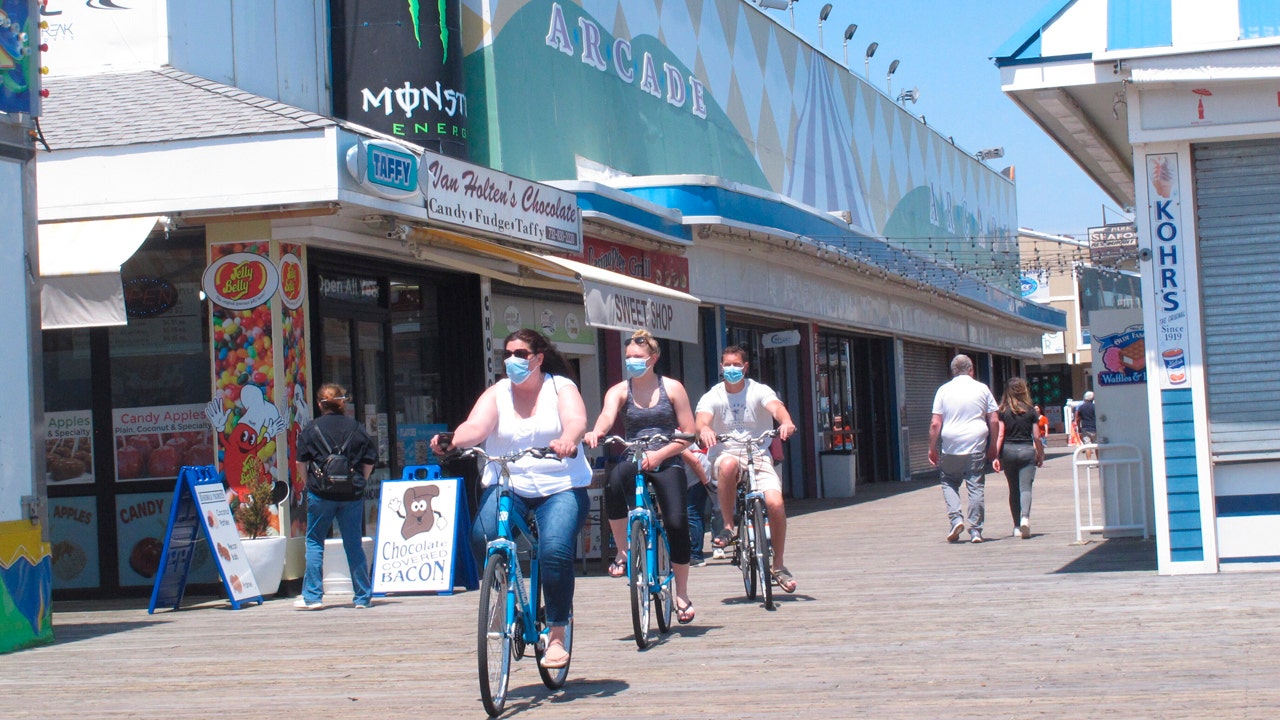 Over a thousand people are under fire for reportedly flocking to the house made famous by MTV’s “Jersey Shore” for a party celebrating the launch of a website created by social media influencers, according to officials and reports.

“These knuckleheads are not welcome in New Jersey,” Murphy wrote, adding that any person who was in attendance should get tested for coronavirus.

Videos shared on social media show massive crowds of people around the home. New Jersey’s coronavirus-related restrictions include a ban on outdoor gatherings of more than 500 people, .and call for social distancing and masks.

Seaside Heights Mayor Anthony Vaz told the Press that the city did not sponsor the event, nor did officials issue event permits. The owner of the home will receive summonses, he said.

‘UFO’ SPOTTED IN NJ WAS APPARENTLY JUST A GOODYEAR BLIMP

“We would never sponsor this,” the mayor said: “… When you have numbers of people like that in a community, that scares people. … And we’re not going to tolerate it.”

At least eight people were arrested on charges including disorderly conduct, resisting arrest and obstruction, the newspaper reported.

In comments on Twitter, one of the YouTube group’s members, Kyle Forgeard, said they didn’t intend for such a big crowd and that security guards were overwhelmed.

Tucker denounces RBG's reported dying wish not to be replaced by Trump: 'We don't believe that for a second'