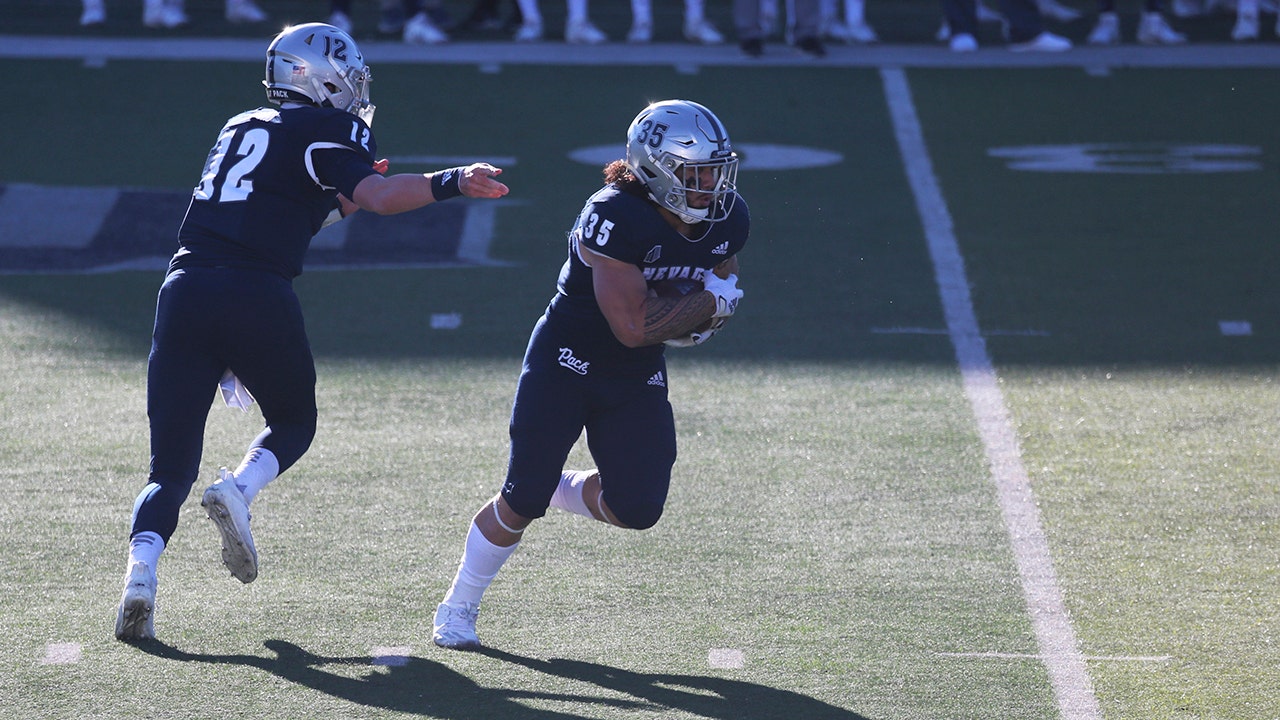 Carson Strong threw two touchdown passes and Nevada‘s defense stifled San Diego State in the second half, stopping the Aztecs with a last-minute goal-line stand in a 26-21 victory on Saturday.

Darren Hall intercepted Strong at the Wolf Pack 26 with 3:23 remaining. The Aztecs (3-2, 3-2 Mountain West) reached the Nevada 6 with 1 1/2 minutes left but were stopped on a fourth-and-goal with 29 seconds remaining.

Doubs finished with 133 yards receiving on five catches. He came in ranked first in the nation at 161.3 yards per game and has over 100 yards in every game this season.

The Aztecs led 21-16 at halftime behind quarterback Lucas Johnson, a Georgia Tech transfer making his first start for San Diego State. Johnson scored on a 35-yard run and threw a 7-yard score to Kobe Smith. Greg Bell added a 2-yard rushing TD late in the first half but had rolled an ankle while fumbling early in the game and finished with just 28 yards on nine carries. He was averaging over 134 yards a game rushing. The Aztecs had just 109 yards on the ground after coming in at 280.3, third-best in the nation.

After giving up 252 yards to San Diego State in the first half, Nevada held the Aztecs to just 41 in the second half and forced five consecutive three-and-outs. The Wolf Pack had 376 yards of offense against the nation’s second-ranked defense (243.5).