With global markets rallying on the hopes that massive economic stimulus will accompany President-elect Joe Biden’s new administration, Goldman Sachs’ projection that the S&P 500 will end 2021 at 4,300 points seems even more realistic.

In our call of the day, the investment bank’s chief U.S. equity strategist David J. Kostin has mapped out the road to 4,300.

Underlying a double-digit forecast for returns in 2021 is the investment bank’s bullish projection on the U.S. economy — 6.4% real gross domestic product growth compared with the consensus of 4.2%. 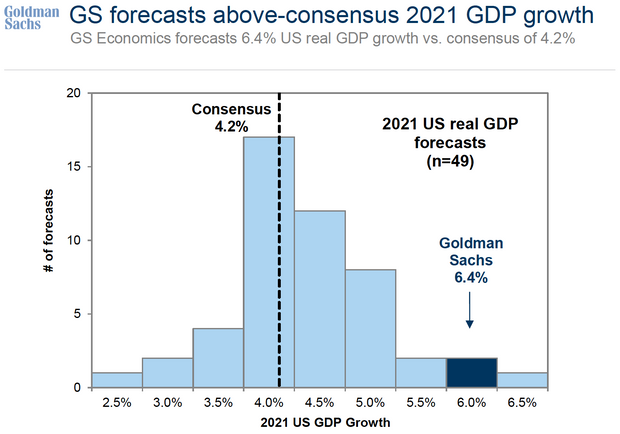 Adding to the economic boost for equities is a massive increase in earnings per share (EPS), a rebound from the dire impact the COVID-19 pandemic has had on corporate bottom lines. Goldman expects EPS to shoot up 31% in 2021 after falling 17% in 2020.

In tandem with EPS are projections of a strong rebound in margins, which Goldman expects to be higher than the bottom-up consensus forecast. An increase in margins is largely driven by operating leverage, as well as moderating costs like labor.

High-operating leverage stocks outperformed in 2020, and Goldman expects that trend to continue through this year on the back of strong economic growth. 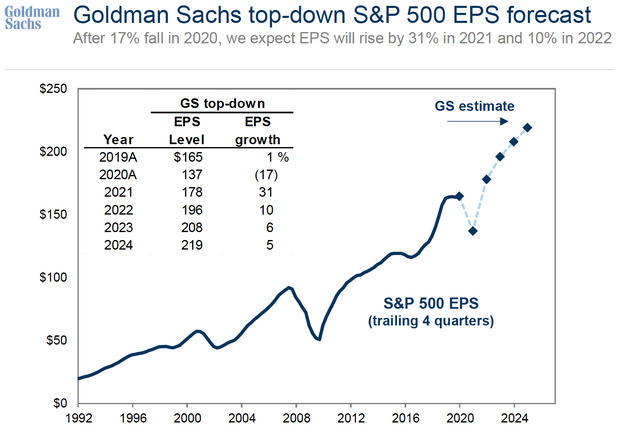 However, Goldman warns that investors are complacent about antitrust risks.

Whereas China’s antimonopoly actions wiped out the performance of Chinese tech stocks in just eight weeks, the market largely hasn’t reacted to the Justice Department’s lawsuit against Google and the Federal Trade Commission’s suit against Facebook. 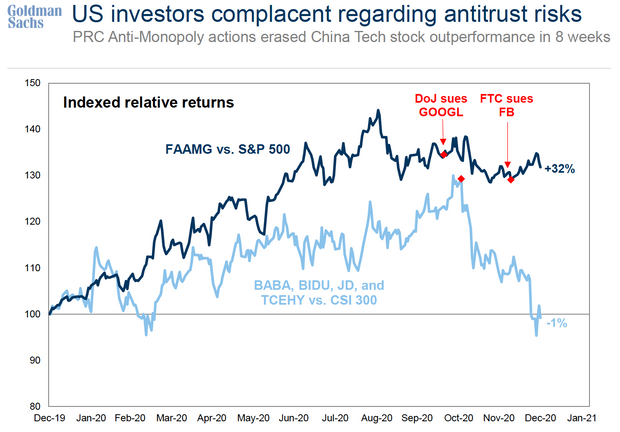 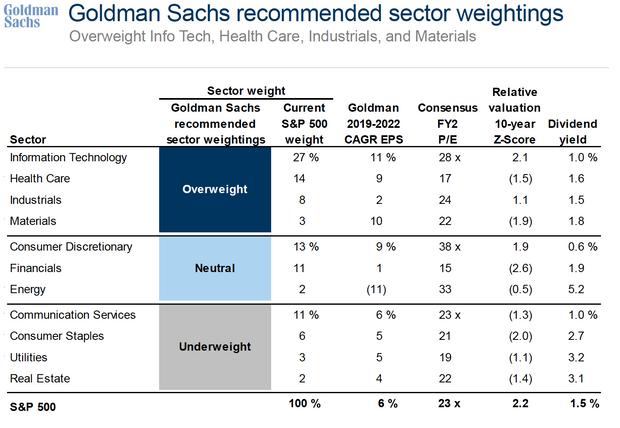 A day after Donald Trump became the first president to be impeached twice, Biden is set to propose a $2 trillion increase in fiscal spending to help the U.S. economy get through the COVID-19 pandemic, according to a report from CNN.

Alibaba 9988, +5.00% and Tencent 700, +5.62% stocks surged in Hong Kong, and Baidu lifted in the Nasdaq premarket, after reports that American investors won’t be banned from investing in the Chinese internet giants, after all.

It is a big day for data, with initial and continuing jobless claims due. It is expected that around 800,000 initial jobless claims will be reported — up from the 787,000 last week. But Federal Reserve Chair Jerome Powell’s 12:30 p.m. EST speech on the economy is likely to be the star of the economic show.

Also read: He began buying Tesla at just $7.50, and now he’s retiring at 39 years old with $12 million worth — he still refuses to sell a single share

Running out of crypto? According to Cointelegraph, exchange platform eToro is struggling to keep up with “unprecedented demand,” warning cryptocurrency traders limited liquidity meant there may be limitations on buy orders.

Plus: Bitcoin and its ‘funny business’ should be regulated globally, says European Central Bank chief

Spaceflight company Virgin Galactic’s SPCE, +3.38% stock is up almost 12% in the New York premarket, after ARK Investment Management filed with the Securities and Exchange Commission to launch a space-exploration exchange-traded fund.

Market optimism comes as investors eye a possible $2 trillion stimulus proposal from Biden. Sentiment is also buoyed by the rare de-escalation of tensions between the U.S. and China, as it looks like American investors won’t be blocked from investing in some Chinese internet giants. 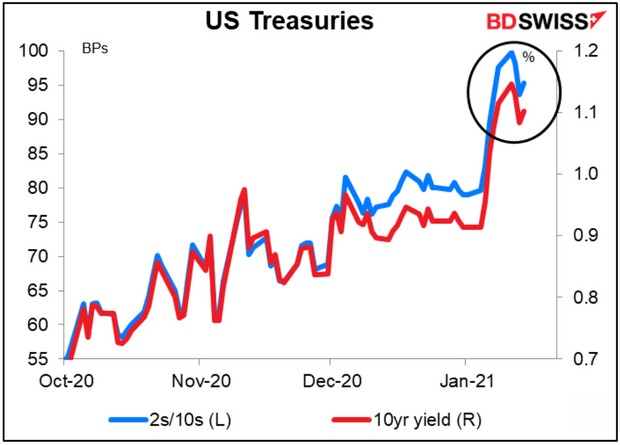 U.S. Treasuries are in focus in our chart of the day from Marshall Gittler at BDSwiss.

Yields on the 10-year Treasury note TMUBMUSD10Y, 1.109% initially moved lower on Wednesday, pushed down by strong demand for 30-year bonds in a $24 billion auction. But the fall was reversed late in the day after the report on Biden’s stimulus plans.

The mayor of a Houston suburb was chosen by pulling a name from a hat.

Need to Know starts early and is updated until the opening bell, but sign up here to get it delivered once to your email box. The emailed version will be sent out at about 7:30 a.m. Eastern.

Want more for the day ahead? Sign up for The Barron’s Daily, a morning briefing for investors, including exclusive commentary from Barron’s and MarketWatch writers.