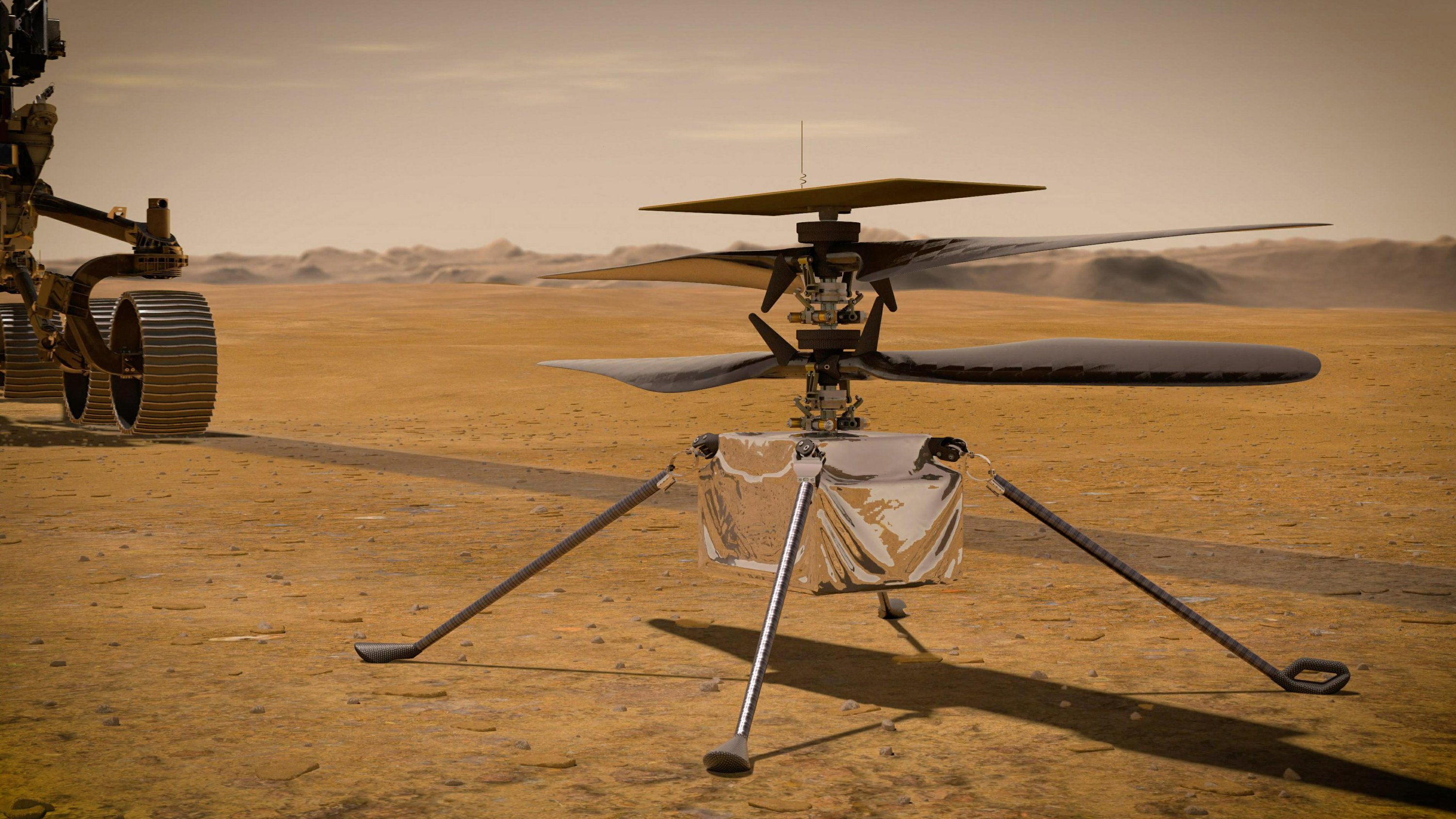 The spacecraft Perseverance — set for liftoff this week — is NASA’s brawniest and brainiest Martian rover yet.

It sports the latest landing tech, plus the most cameras and microphones ever assembled to capture the sights and sounds of Mars. Its super-sanitized sample return tubes — for rocks that could hold evidence of past Martian life — are the cleanest items ever bound for space. A helicopter is even tagging along for an otherworldly test flight.

This summer’s third and final mission to Mars — after the United Arab Emirates’ Hope orbiter and China’s Quest for Heavenly Truth orbiter-rover combo — begins with a launch scheduled for Thursday morning from Cape Canaveral. Like the other spacecraft, Perseverance should reach the red planet next February following a journey spanning seven months and more than 300 million miles (480 million kilometers).

NASA Administrator Jim Bridenstine doesn’t see it as a competition. “But certainly we welcome more explorers to deliver more science than ever before,” he said following a launch review Monday, “and we look forward to seeing what it is that they’re able to discover.”

Here’s a peek at Perseverance:

The six-wheeled, car-sized Perseverance is a copycat of NASA’s Curiosity rover, prowling Mars since 2012, but with more upgrades and bulk. Its 7-foot (2-meter) robotic arm has a stronger grip and bigger drill for collecting rock samples, and it’s packed with 23 cameras, most of them in color, plus two more on Ingenuity, the hitchhiking helicopter. The cameras will provide the first glimpse of a parachute billowing open at Mars, with two microphones letting Earthlings eavesdrop for the first time. Once home to a river delta and lake, Jezero Crater is NASA’s riskiest Martian landing site yet because of boulders and cliffs, hopefully avoided by the spacecraft’s self-navigating systems. Perseverance has more self-driving capability, too, so it can cover more ground than Curiosity. The enhancements make for a higher mission price tag: nearly $3 billion.

Perseverance will drill into rocks most likely to hold signs of ancient life and stash the collection on the ground to await a future rover. Forty-three sample tubes are on board this rover, each one meticulously scrubbed and baked to remove Earthly microbes. NASA wants to avoid introducing organic molecules from Earth to the returning Martian samples. Each tube can hold one-half ounce (15 grams) of core samples, and the goal is to gather about a pound (0.5 kilogram) altogether for return to Earth. NASA hopes to launch the pickup mission in 2026 and get the samples back on Earth by 2031 — at the soonest.

The 4-pound (1.8-kilogram) helicopter, Ingenuity, will travel to Mars clutching the rover’s belly and, a few months after touchdown, attempt to fly solo. Once dropping onto the Martian surface, Ingenuity will start out like a baby bird, rising 10 feet (3 meters) into the planet’s extremely thin atmosphere and flying forward up to 6 feet (2 meters). With each attempt, it will try to go a little higher and farther. “It really is like the Wright brothers’ moment,” said project manager MiMi Aung. She has one month to squeeze in as many helicopter hops as possible before the rover moves on to more pressing geologic work. The future could see next-generation helicopters scouting out distant Martian territory for astronauts or even robots.

Besides the helicopter, Perseverance carries other experiments that could directly benefit astronauts at Mars. An instrument the size of a car battery will covert atmospheric carbon dioxide into oxygen, an essential ingredient for rocket propellant and breathing systems. Another instrument, zapping rocks with lasers to identify organic molecules and minerals, carries samples of spacesuit material. NASA wants to see how the fabrics withstand the harsh Martian environment. It will be the 2030s at best, according to NASA, before astronauts venture to Mars.

A couple Martian meteorites are finally headed home, or at least slivers of them to be used as calibration targets by laser-shooting instruments aboard Perseverance. Other cool stowaways: silicon chips bearing the names of nearly 11 million people who signed up, as well as a small plate showing Earth and Mars on opposite sides of the sun with the message “explore as one” in Morse code tucked into the solar rays. There’s also a plaque paying tribute to medical workers on the pandemic’s front lines. The coronavirus is preventing hundreds of scientists and other team members from traveling to Cape Canaveral for the launch.

The Associated Press Health and Science Department receives support from the Howard Hughes Medical Institute’s Department of Science Education. The AP is solely responsible for all content.

Next Avenue: This sector could have a half million job openings and opportunities for older workers

Tools to ace your draft

Hurricane Local Statement issued August 04 at 5:32AM EDT by NWS