He told Sky News: “As it’s moving north, it’s estimated it will take maybe a month or two to get to Fiji.

“But the thought is at the moment from Queensland University of Technology, is that as the raft moves further on it moves around the currents towards the Great Barrier Reef.

“One hope is as it’s doing so, this raft material at the surface starts to pick up marine life, things grow on it, the same way algae grows on boats just left in the water.

“So they’ll get these polyps which form like they’re the seeds of a reef. So the hope is that these seeds of a coral reef will eventually drift towards Australia and could help to re-seed parts of the Great Barrier Reef, which is dying. 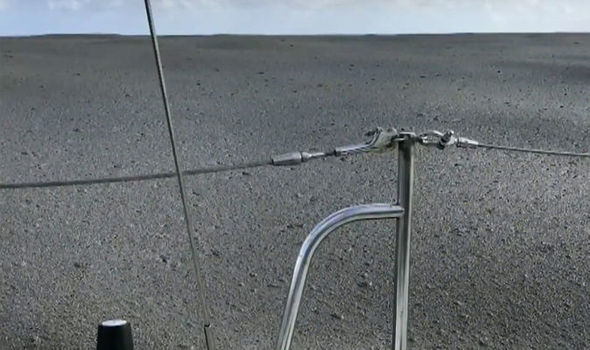 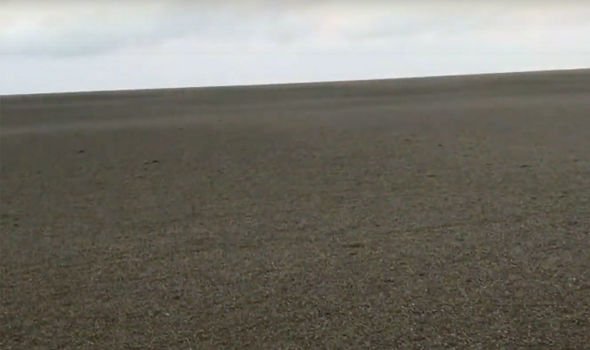 “Now there’s a downside to this, and the downside is that raft material could also carry alia species which could cause damage. Time will tell whether this is a good thing or a bad thing for the Great Barrier Reef.”

Earlier in the interview, Sky News presenter Kay Burley said: “Sailors are being warned to take care around Tonga, after a pumice raft the size of Manhattan formed in the ocean.

“The huge mass has been floating in the Pacific Ocean for two weeks, but scientists are still debating exactly where it came from. Experts from NASA believe the raft is a result of an underwater volcanic eruption.”

Mr Boxall further explained: “Pumice is formed as you undergo an undersea volcanic eruption. The molten rock, which is incredibly hot, as it comes out of the ground it’s releasing pressure. 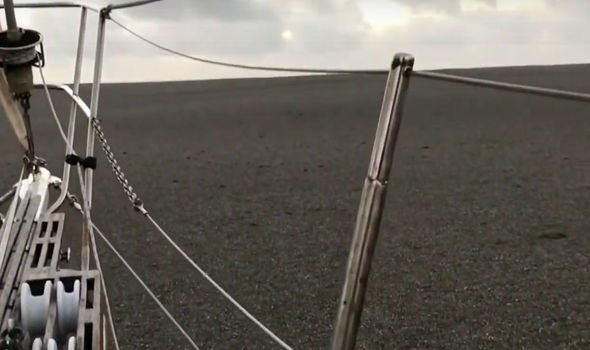 “So it’s a bit like taking the top off a fizzy drink bottle, the whole thing fizzes. But as it’s coming out it’s hitting this cold, deep ocean water at about 2C, so it quite literally freezes the rock as it comes out.

“So imagine taking the top off your fizzy drink bottle and then freezing it, you get these air bubbles, these gas bubbles, trapped inside, which make it very light and it floats to the surface.

“It’s not one big raft of solid rock, it’s a raft of bits and pieces ranging from small granules right up to basketball-sized pieces of rock. 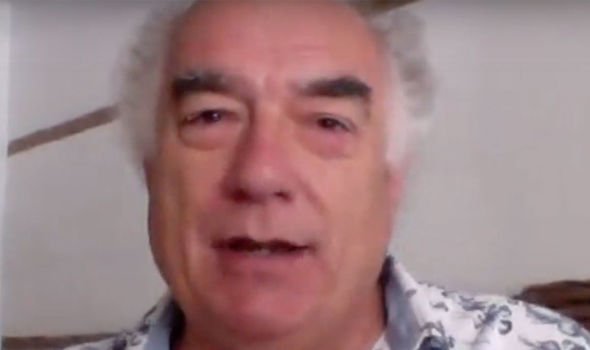 NASA news: Simon Boxall said “time will tell” if it is “a good or bad thing” for the reef (Image: Sky News)

“These float and form this huge raft of over 150 square km, which is drifting north towards Fiji in the ocean currents.”

A submarine volcano near the Polynesian island of Tonga in Oceana exploded two weeks ago, creating ash and stone debris in the Pacific which is heading towards the Great Barrier Reef.

NASA stated that it is the first time the volcano has erupted since 2001.

The NASA Earth Observatory wrote: “On August 13, 2019, the Operational Land Imager on Landsat 8 acquired natural-colour imagery of a vast pumice raft floating in the tropical Pacific Ocean near Late Island in the Kingdom of Tonga.

“NASA’s Terra satellite detected the mass of floating rock on August 9; the discoloured water around the pumice suggests that the submarine volcano lies somewhere below.

“By August 13, the raft had drifted southwest. As of August 22, the raft had moved north again and was a bit more dispersed, but still visible.”