Nancy Pelosi is supportive of the impeachment inquiry against President Trump, but she doesn’t like the idea of impeaching a president because “it divides us.”

In an interview on Bloomberg TV’s “Balance of Power,” which aired on Friday, the Democratic house speaker said she didn’t approve of the impeachment of Bill Clinton and resisted the idea of impeaching George W. Bush. In this case, though, she said she has “no choice” but to support the inquiry.

She also said she’s “not a big fan” of Medicare for All, the controversial health care policy being pushed by several Democrats running for president.

Her comments aired one day after the House voted to formalize the impeachment inquiry and the same day that Senator Elizabeth Warren released her plan to pay for Medicare for All.

In reference to the impeachment inquiry, she said she doesn’t want to divide the country but feels “we have no choice, we took an oath to protect and defend our democracy.”

Pelosi said Republicans, however, must “have a higher loyalty to the president than they do to their oath of office” because not a single one voted for the House resolution on Thursday that formalizes the impeachment inquiry and sets the rules for the next phase of the impeachment inquiry, which includes public hearings.

Public support for impeachment has grown since the inquiry started, with some polls showing a majority in favor of it, but the issue is far from achieving a major consensus. 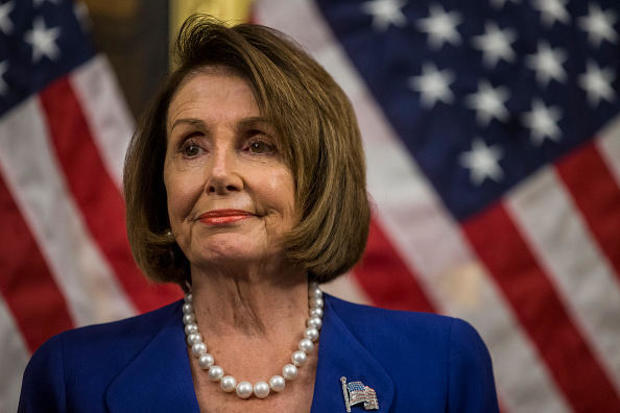 Pelosi also said the House may broaden the inquiry’s scope to include evidence of obstruction of justice from the Mueller report. The inquiry is currently limited to Mr. Trump’s July 25 call with the Ukraine president in which he pressured the foreign leader to investigate Joe Biden, a Democratic presidential candidate, and his son. It is illegal to seek election help from a foreign entity.

“What we are talking about now is taking us into a whole other class of objection to what the president has done,” Pelosi said.

On the topic of health care, Pelosi said she welcomes a debate on Medicare for All but believes that the plan is too expensive.

She prefers the mantra of “‘Health Care for All Americans’ because there is a comfort level that some people have with their current private insurance.”

On Friday, Warren released a plan that shows how she would pay for Medicare for All without raising taxes on the middle class. Her plan requires more than $20 trillion of federal spending and would be paid for “with targeted spending cuts, new taxes on giant corporations and the richest 1% of Americans,” according to the plan.