Freezing rain that could lead to “significant icing,” particularly in northwestern New Jersey, could cause hazardous conditions on roads and sidewalks during the Tuesday morning commute with the potential for power outages as well from falling tree branches weighed down by ice, the National Weather Service says.

Most of the problems are in northern New Jersey, especially northwest of the New Jersey Turnpike, the weather service said in a Tuesday morning update on the storm.

Forecasters say a quarter-inch to a half-inch of ice could accumulate in in Sussex, Warren, Morris, Hunterdon and western Passaic county before freezing rain starts transitioning to rain later this morning into the afternoon. 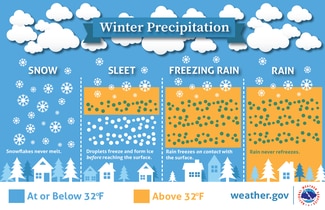 When rain falls on surfaces where temperatures are at or below 32 degrees, those droplets quickly turn into ice, creating what’s commonly known as freezing rain.

The storm has led school districts in seven counties to call for delayed openings or school closings on Tuesday. Some districts that initially called for delays on Monday night switched to closings early Tuesday after the forecast for significant icing worsened overnight.

The precipitation is falling as rain in most of the state as temperatures in those areas remain above the freezing mark. 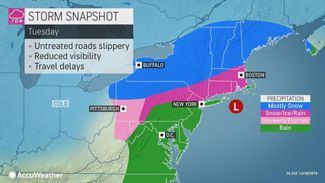 Here’s the forecast for Tuesday: 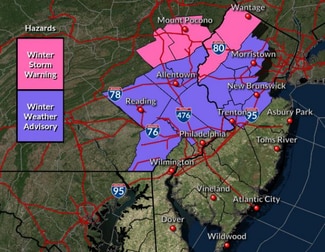 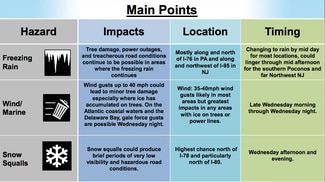 Rain will taper off by this evening before temperatures drop into the 20s later Tuesday into Wednesday when winds pick up considerably. Gusts of 35 to 40 mph on Wednesday could knock out power where ice has accumulated on power lines and cause minor tree damage, the weather service said. 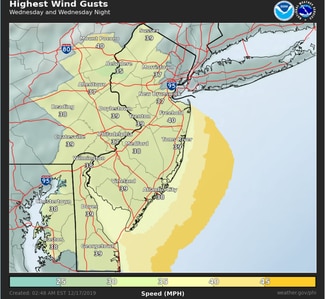 Brief snow squalls that would limit visibility are also a concern in areas north of Interstate 80 on Wednesday afternoon and evening.

Otherwise, Wednesday should be mainly dry with temps in the 30s. It’ll get very chilly Wednesday night with temperatures in the teens and wind chill values in the single digits.

Conditions stay frigid on Thursday with temperatures not getting out of the 20s under sunny skies.

Have a tip? Tell us. nj.com/tips. Get the latest updates right in your inbox. Subscribe to NJ.com’s newsletters.