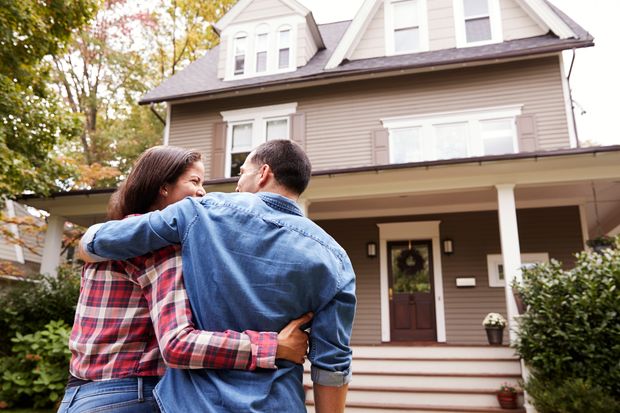 Americans are eagerly locking in record-low mortgage rates, but the decline in interest rates isn’t actually saving home buyers much money thanks to rising house prices.

As mortgage rates fall to a record low once again, one thing is clear: It all comes down to the pandemic.

The 30-year fixed-rate mortgage averaged 2.72% for the week ending Nov. 19, down 12 basis points from the week prior, Freddie Mac FMCC, +1.92%  reported Thursday. The 30-year’s rate is nearly a full percentage point below where rates were a year ago. During this same time in 2019, these loans had an average rate of 3.66%.

Disappointing reports on the state of the nation’s economy contributed to the downward path rates took over the past week.

“Weaker consumer spending data, which accounts for the majority of economic growth, drove mortgage rates to a new record low,” Sam Khater, Freddie Mac’s chief economist, said in the report, adding that nevertheless “strong housing demand continues to have a domino effect on many other segments of the economy.”

Mortgage rates roughly track the direction of long-term bond yields, including the 10-year Treasury note TMUBMUSD10Y, 0.852%. Bond yields have been on a rollercoaster ride in recent weeks. Positive developments regarding multiple coronavirus vaccine candidates, including those from Pfizer PFE, -0.88% and Moderna MRNA, +5.13%, sparked optimism among investors about an economic recovery. At the same time, the nation continues to see record numbers of COVID-19 cases and rising deaths, a sign that the pandemic is getting worse before it gets better.

Meanwhile, Americans’ feverish appetite for homes has quickly dwindled the supply of available listings, driving prices higher. As a result, record-low mortgage rates don’t really translate into huge savings as much as they once did.

“The steep rise in home prices is diminishing the benefit of lower mortgage rates,” said George Ratiu, senior economist at Realtor.com. “For today’s buyers, the current rate combined with higher prices translates into a savings of only $4 per month on a mortgage payment.”

High Surf Advisory issued November 24 at 11:22AM AKST until November...