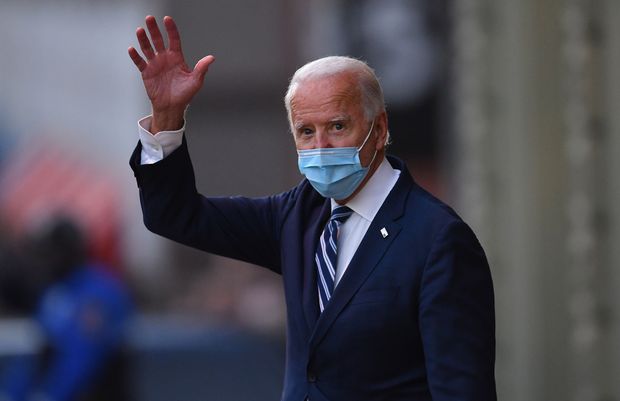 U.S. President-elect Joe Biden waves as he leaves The Queen in Wilmington, Del.

Joe Biden has won the 2020 presidential election according to longstanding measures, but as of Thursday morning, sportsbooks are not ready to declare a winner.

Betfair, the world’s largest online betting exchange, has not paid out any bets on the winner of the presidential election.

“Although news networks have now projected that Biden got over 270 Electoral College votes, there is still some uncertainty around the outcome of the election given the possibility of recounts and potential legal challenges,” a Betfair representative told MarketWatch.

Betfair’s claims indicate it may be awhile before bettors are able to cash in their tickets. The company is monitoring President Trump’s legal challenges in several states, which have been declared unfounded by some Republicans and former administration officials. Biden, for his part, has moved ahead with his transition team.

“We must therefore wait until there is clarity around any ongoing recounts and any potential legal challenges to the results before we can settle the market,” the representative said. He would not give his full name, citing company policy.

Over $300 million was wagered on the presidential election at Betfair, with the largest bet coming on Joe Biden at $1.3 million.

A Betfair representative told MarketWatch the wait is mainly to avoid “more confusion.”

Numerous offshore sportsbooks have not paid out election bets. Those sportsbooks are not subject to regulations and are not legal in the United States. Betting on political election outcomes is not currently legal at any U.S.-regulated sportsbook.

: The Trump administration may privatize Fannie Mae and Freddie Mac — and it could disrupt the nation’s housing-finance system

: How to shop safely this Black Friday with coronavirus cases continue to surge

Outside the Box: How to create a better — and more...