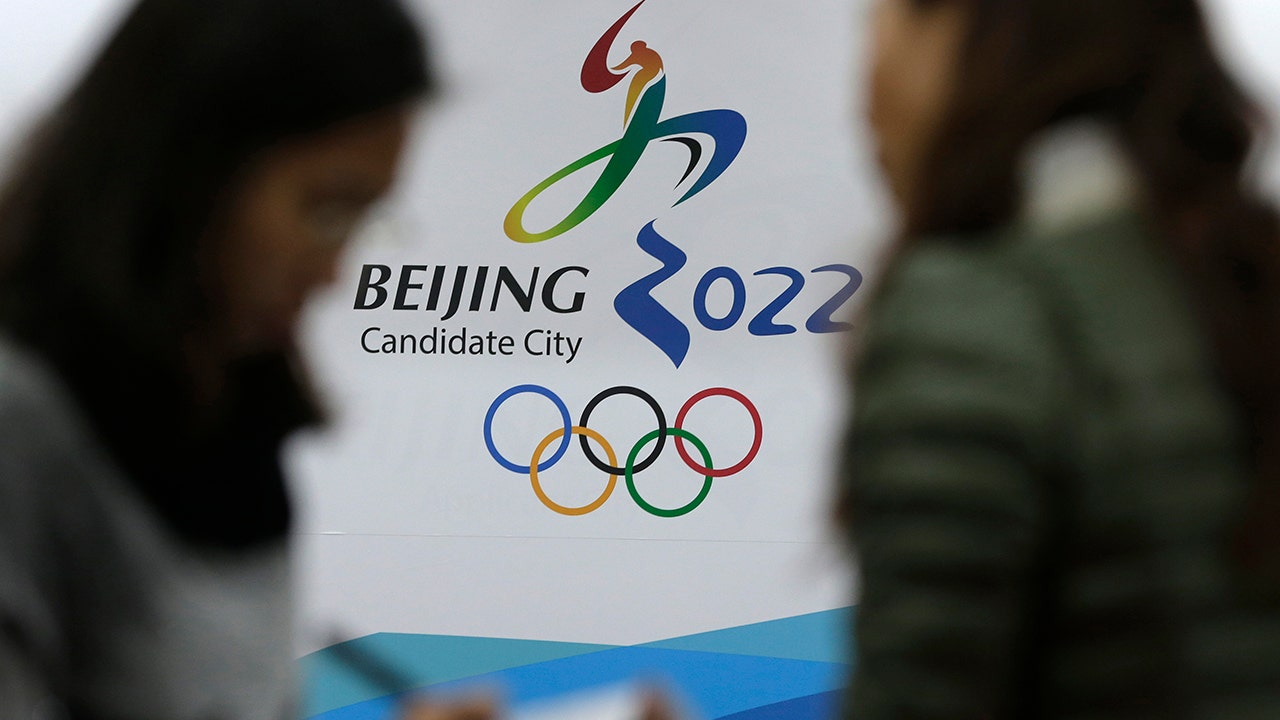 Zumretay Arkin posed a question in a recent on-line meeting with Juan Antonio Samaranch Jr., the prominent International Olympic Committee member who oversees preparations for the 2022 Winter Games in Beijing.

“Why should China, a country running concentration camps with at least 1 million Muslim Uighurs being detained, be allowed to hold the Olympics?” she asked.

Arkin, a spokeswoman for the World Uyghur Congress, told The Associated Press in a telephone interview that the response was disappointing.

“We gave the IOC representatives first-hand testimony about our personal experiences and how we are impacted by China’s repressive policies,” Arkin said. “We were hoping it would open the door to a more valuable exchange.”

Instead, the IOC repeated its stance: It’s not a political body and doesn’t take a position on human-rights issues. It simply organizes sports events.

The Uighur body and other human-rights groups sent an open letter a month ago to IOC President Thomas Bach, asking that the games be removed from China. In reply, the IOC arranged an on-line meeting last week that included groups representing Tibet, Hong Kong and others.

In a statement to the AP, the IOC said: “Awarding the Olympic Games to a national Olympic committee does not mean that the IOC agrees with the political structure, social circumstances or human rights standards in its country. … The IOC has neither the mandate nor the capability to change the laws or the political system of a sovereign country.”

Arvin was born in Xinjiang, immigrated to Canada, and still has family in northwestern China. She described Xinjiang as a human-rights issue, not simply a political issue.

“I am truly disappointed with the IOC’s response,” Dorjee Tseten, of Students for a Free Tibet, said in a statement after the meeting. “The Olympics should be a celebration of cultural diversity, but what China is doing is cultural genocide. … Hosting the Olympics in China at this time when there are millions of people incarcerated is tantamount to the IOC giving China approval of these crimes.”

Although it says it remains above politics, the IOC holds observer status at the United Nations and has trumpeted its efforts to bring peace to North and South Korea. That was a constant theme at the 2018 Winter Olympics in Pyeongchang, South Korea.

Arkin said the World Uyghur Congress is not asking for a boycott of the 2022 Beijing Olympics. That does not seem likely anyway, although calls for strong measures have come from Iain Duncan Smith, former leader of Britain’s Conservative Party, and U.S. senators Marco Rubio and Robert Menedez.

British Foreign Secretary Dominic Raab has not ruled out a boycott. Australian Senator Rex Patrick has called for one. China in response has repeatedly blamed critics for “politicizing sporting events” and going against the Olympic Charter.

Arkin said the human rights coalition hoped to target some of the IOC’s 14 top sponsors, and might get support from athletes who are sympathetic to Black Lives Matter protests in the United States. Turkish soccer player Mesut Ozil has called the issue in Xinjiang “Muslim Lives Matter.”

Arkin said the coalitions hoped to meet again with the IOC, though it’s impossible to see either side giving in.

The IOC is also being pressured to change its Rule 50, which would allow athletes more latitude to protest at the Olympics — including in China.

Beijing wound up with the 2022 Winter Olympics almost by accident. A handful of favored European countries, put off by the costs, pulled out of the bidding before the vote in 2015, leaving only Beijing and Almaty, Kazakhstan, as the candidates. Beijing won by four votes.

Arkin calls what’s happening in Xinjiang a “genocide,” though others have called it a “cultural genocide” or “ethnic cleansing.” She said between 1.8 million and 3 million Uighurs have been forcibly held in “re-education camps” with evidence of women undergoing forced abortions or sterilization. There is evidence of other detainees being moved to forced labor camps.

China faced pressure over human rights in the run-up the 2008 Olympics, but the country seemed to be opening at the time as it gave foreign reporters more scope to report in the country. The 2008 Olympics were supposed to change China.

“In 2008 the international community strongly believed that bringing the Olympics to China would open up China,” Arkin said. “And there was a lot of hope around this idea. Now no one believes this is going to bring change. It’s just going to be a propaganda parade from the Chinese government.”