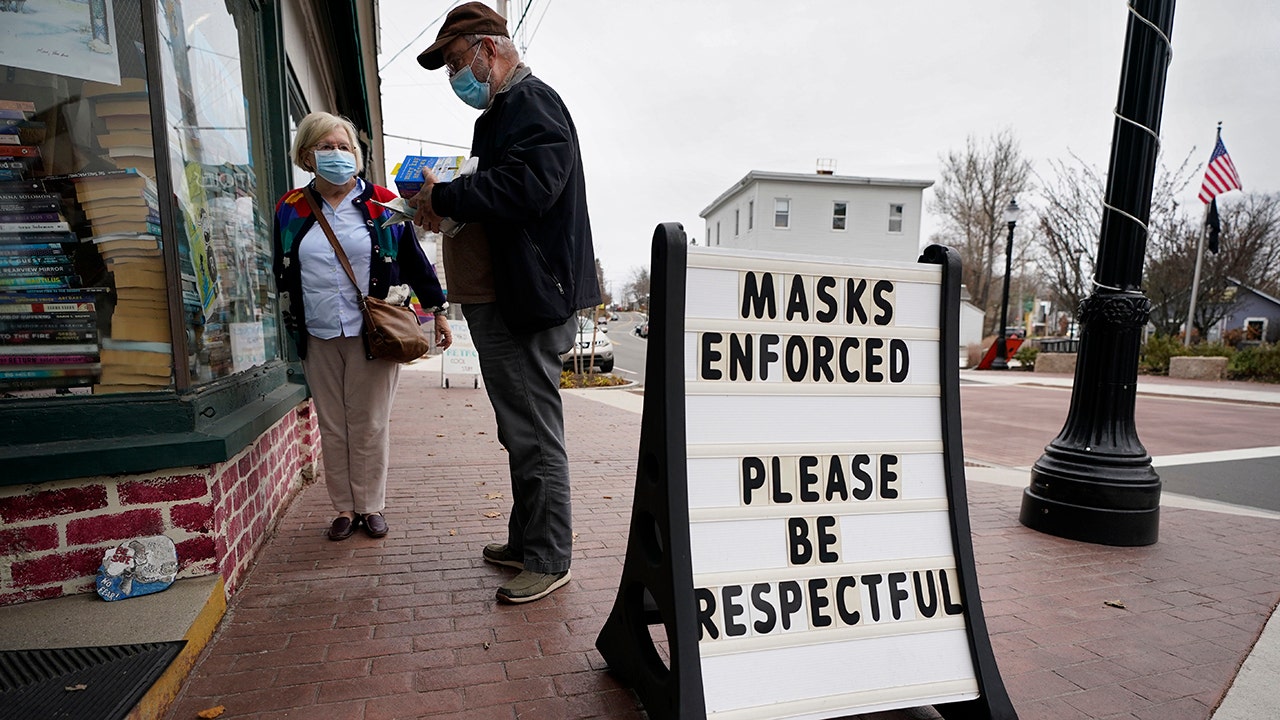 More governors across the country are issuing severe coronavirus restrictions as cases continue to increase ahead of Thanksgiving and officials are advising people to cancel their usual celebrations.

The new spate of rules and restrictions comes after several other states over the weekend issued some of the most stringent measures yet during the pandemic over concerns about surging cases and strained hospital capacity. Among the harshest — Oregan banned indoor gatherings larger than six people from more than two households and Michigan limited gatherings, including Thanksgiving, to just two households.

Those states on Wednesday were joined by Kentucky, Minnesota and Kansas, which issued new restrictions, and in the cases of Minnesota and Kentucky would also severely alter many families’ Thanksgiving traditions.

Democrat Minnesota Gov. Tim Walz, as he announced more coronavirus restrictions Wednesday, urged people not to celebrate Thanksgiving together or to have friends or family come to their homes.

“What’s really hard about this is it’s some of the places that are most important to us, mainly being your home,” Walz said as he detailed a four-week long order. “To invite a friend over or a brother-in-law to watch the Vikings play the Bears is one of the riskiest things we can do right now. It seems too easy and it doesn’t seem like that’s a big deal but that would be a big risk.”

Walz added: “I heard a nurse the other day who was with me and she said ‘please stay home over Thanksgiving so you’re not celebrating with me in the emergency room.'”

The newly announced Minnesota restrictions put a blanket ban on social gatherings even more restrictive than the rules in Oregon or Michigan.

“Except as specifically permitted in this Executive Order, social gatherings are prohibited,” the Walz executive order says. “Social gatherings are groups of individuals, who are not members of the same household, congregated together for a common or coordinated social, community, or leisure purpose—even if social distancing can be maintained. This prohibition includes indoor and outdoor gatherings, planned and spontaneous gatherings, and public and private gatherings.”

REINSTATED CORONAVIRUS RESTRICTIONS BY STATE: WHAT YOU NEED TO KNOW

Democrat Kentucky Gov. Andy Beshear on Wednesday also issued his own strict lockdown, limiting social gatherings to a maximum of eight people from two households. Beshear’s order also bans indoor dining, caps capacity at places like theaters and wedding venues and requires companies to mandate that all employees capable of working from home do so.

“At the levels this disease is spreading right now, there’s no place you can go out in public to avoid getting exposed to it. If you leave your home now you should assume that there’s a high probability you will be exposed to this if you get close to other people,” Dr. Steven Stack, the state health director, said. “If you have Thanksgiving gatherings with large numbers of people from different households, you can almost be assured that you will have more infected people leaving that gathering than came to it.”

Beshear said that “action is unpopular, but inaction is deadly.”

CORONAVIRUS IN THE US: STATE-BY-STATE BREAKDOWN

“As COVID-19 continues to spread through Kansas communities and hospitalizations increase at concerning rates, it is clear we must take action to protect our communities and our economy,” Kelly said in a statement.

The states that took action Wednesday join a gaggle of others that have tightened restrictions this week, including Pennsylvania and Ohio.

Pennsylvania on Tuesday issued a mask order that applies to every indoor place, including private homes, where people from different households are gathered. Dr. Rachel Levine, the state health secretary, said that the state is relying on voluntary compliance with that intrusive order rather than law enforcement.

LAURA INGRAHAM: LIBERALS WANT TO ‘SHAME YOU’ FOR SPENDING THANKSGIVING WITH FAMILY

A different order requires people entering Pennsylvania from a different state — whether Pennsylvania residents or not — to test negative for the virus within 72 hours before they arrive in the commonwealth.

Pennsylvania Gov. Tom Wolf, a Democrat, encouraged people on Twitter to deliver dishes to family and neighbors rather than eating with them, to either spend time with only their particular household and to eat virtually with those who would otherwise be at their dinner.

“I’m asking in addition to curfew that each Ohio citizen to do one thing that reduces contact with others,” DeWine said, not taking as hard a line against gatherings as some other governors.

State orders that essentially ban peoples’ Thanksgiving plans — and calls from officials and activists for people to cancel their plans for the holiday — have been met with fierce pushback from some.

“I read a tweet yesterday that I almost QTed but didn’t because she was being so naively earnest,” Bethany Mandel, an editor at Ricochet, tweeted Monday. “But she said cancel Thanksgiving and Christmas this year so we can have it next year. And I was like ‘oh honey, we don’t believe that anymore.’ Anyway, 15 days to slow the spread.”

“If you’re worried about Democrat governors infringing on your Thanksgiving plans, just declare your house an autonomous zone,” Abigail Marone, a member of the Trump campaign rapid response team, added Wednesday. “I hear they leave those alone…”

There have also been protests against mandates in many places around the country.

But with hospitals strained in many places and coronavirus cases higher than they have been at any point during the pandemic, experts are still warning people to cancel their Thanksgivings.

“Unless we change our Thanksgiving plans, we are going to have a very unmerry Christmas, I’m afraid,” former CDC Director Dr. Tom Frieden said Sunday on NBC’s “Today” show.

Gathering for Thanksgiving amid coronavirus worth the risk, 1 in 3 parents say

Gathering for Thanksgiving amid coronavirus worth the risk, 1 in 3...