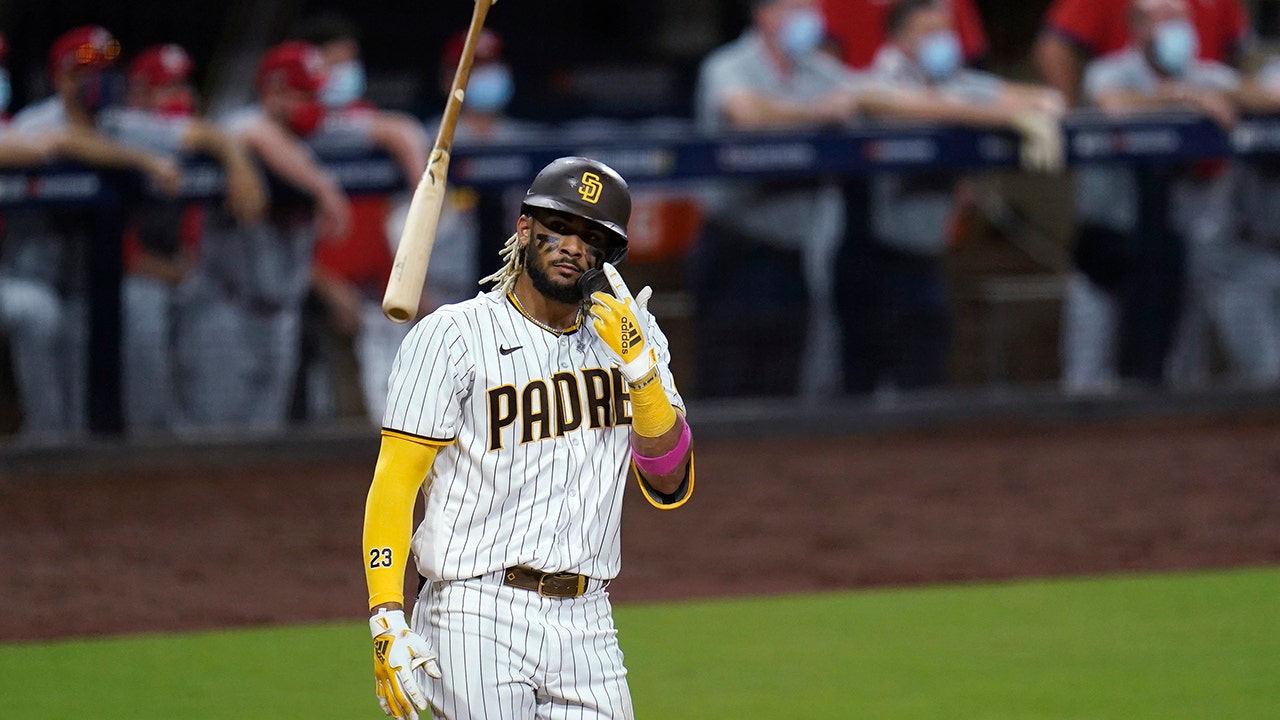 Fernando Tatis Jr. ‘s payday from baseball’s longest contract is not quite what it appears.

The 22-year-old star shortstop signed a $340 million, 14-year deal with the San Diego Padres, the third-highest deal in the sport’s history.

But the son of the only major leaguer to hit two grand slams in one inning will be giving up a percentage of his fortune to Big League Advance, a company founded in 2016 by former minor league pitcher Michael Schwimer to invest in prospects making low salaries. Think of it along the lines of stock traders buying Apple in the company’s early years.

Tatis agreed to receive money from BLA when he was just a budding prospect in exchange for part of his future salary.

Only a small percentage of minor leaguers make it to the major leagues, and even a smaller chunk sticks long enough for the big paydays of salary arbitration and free agency. And Big League Advance develops computer programs to try to predict future All-Stars and then tries to invest in those players before they are known, well, commodities.

“For us as a company, it’s really a testament to our modeling capabilities and how well we’ve been able to predict success of minor leaguers,” Schwimer said Monday. “When we did a deal with Fernando Tatis Jr., he wasn’t a top 50 prospect on anybody’s list. And here our numbers said he was the second-best player in the last 15 years, including Mike Trout, (Bryce) Harper and all these guys. That’s what our modeling told us. It was actually a really scary thing investing the amount of money we invested in it. It was a sizable portion of our fund. But at the end of the day, we decided to trust the numbers and trust the process, and it really, really worked out.”

Big League Advance has invested in 344 players, including 20 signed in the last two months, and the vast majority are not on 40-man rosters.

The company’s first $26 million fund, which closed in 2018, invested in 77 players, of which Schwimer said 83% were outside the top 300 prospects when the player was signed. Of those 77 players, he said 45 had reached the major leagues, a percentage he attributes to the company’s data analysis and predictive skills.

The second fund raised $130 million. Schwimer said BLA has had about 200 people invest the $156 million.

Tatis and other players who sign with BLA get an upfront payment in exchange for a percentage of their future earnings. Schwimer said the average paid to a player is $350,000, without confirming any individual’s figure.

“It was just a family decision,” Tatis said. “I’m just going to call it that way.”

Money the players receive from the company is taxable income, but they are not taxed on money they owe the company.

The only available contract involves Padres catcher Francisco Mejía, which became public when he sued BLA in U.S. District Court in Delaware in February 2018. Mejia alleged he signed three contracts with BLA in September, November and December 2016, and he received $360,000 as part of agreements in which Mejia agreed to repay the company 10% of future earnings. The lawsuit was dismissed with prejudice.

The players’ association does not regulate businesses such as BLA, and union head Tony Clark declined to comment on the company.

Scott Boras, baseball’s most high-profile agent, said he advises clients not to take this type of deal and tells them they are better off waiting until they reach the major leagues. The lowest big league salary is $570,500 this season, which comes to $3,067.20 per day when a player at the minimum is called up, an increase from the minimum of $700 weekly at Triple-A, which was boosted from $502 weekly in 2019.

BLA does not break down its players from among baseball’s three entry paths: high school, college and international.

“The primary target is indigent and talented players from Latin America. Few if any top American talents who received large signing bonuses would ever consider the usurious terms,” Boras said. “The idea of giving millions in lump sums to players is the justification of candy used to attract and compel players to give up huge percentages of their careers. That solely benefits BLA.”

Tatis Jr. told The Athletic in 2018 he signed the BLA deal at first to afford a personal trainer, higher quality food and better housing.

Asked Monday whether he would recommend similar deals to other prospects, he responded: “I feel like that’s a very private decision from the player’s standpoint and from their family.”

Los Angeles Angels star Mike Trout, entering the third season of a $426.5 million, 12-year contract that is baseball’s largest deal, said he hasn’t given thought to whether the union should attempt to regulate this type of venture.

“I think if you put up numbers and you go out there, play hard and bring some joy in front of the game, I think everything will pay off in the end. And you don’t have to worry about that stuff. I’m sure it could hurt some players, it could. That’s just an educated guess,” he said, “I’m pretty sure that Tatis is pretty happy.”

BLA, based in Washington, D.C., Bethesda and Potomac, Maryland, says it is in its first season devising analytics for Duke basketball and consults for NBA teams. Its sister company, Jambos, provides analytics for sports betting.

New York Yankees manager Aaron Boone, a third generation major league player along with his brother Bret, said he probably would not have taken such a deal had it been available.

“I don’t know how much I love that, but that’s a personal decision for everyone and ultimately one you’ve got to make with family and the people around you,” he said.

X10 Capital, according to Reisinger, uses an algorithm to estimate a player’s future value and caps the amount of career earnings it takes a percentage of.

“Big League Advance targets the Latin market with below market deals in the hope that they hit on one of 20 players, and as a result, many players are mortgaging their futures,” Reisinger said.

“Not me or anybody in my company has ever told any player they should or should not do these deals,” he said. “My job is simply to provide all the information to a player, his agent, his lawyers, financial adviser, with what we can provide, and they make a business decision. Every one of these players we do deals with has an agent, has a financial adviser, has all these people, lawyers. Even the ones that are making $5,000 a year.”

Boras has a plan for a model where a player would be able to give up a percentage of income in exchange for upfront money in a plan that would be sent to the players’ association for approval.

“A capital investment model that would both dramatically minimize the cost to the player to limit the amount and distributions of the loan payments,” he said. “The goal should be a system where there is sustainment of the player and his families until he arrives in the MLB. A reasonable annual distribution of $25,000 to $50,000 gives a player five to 10 times his early annual minor league salary and is more than enough to allow an appropriate aid for a young player’s basic needs.”