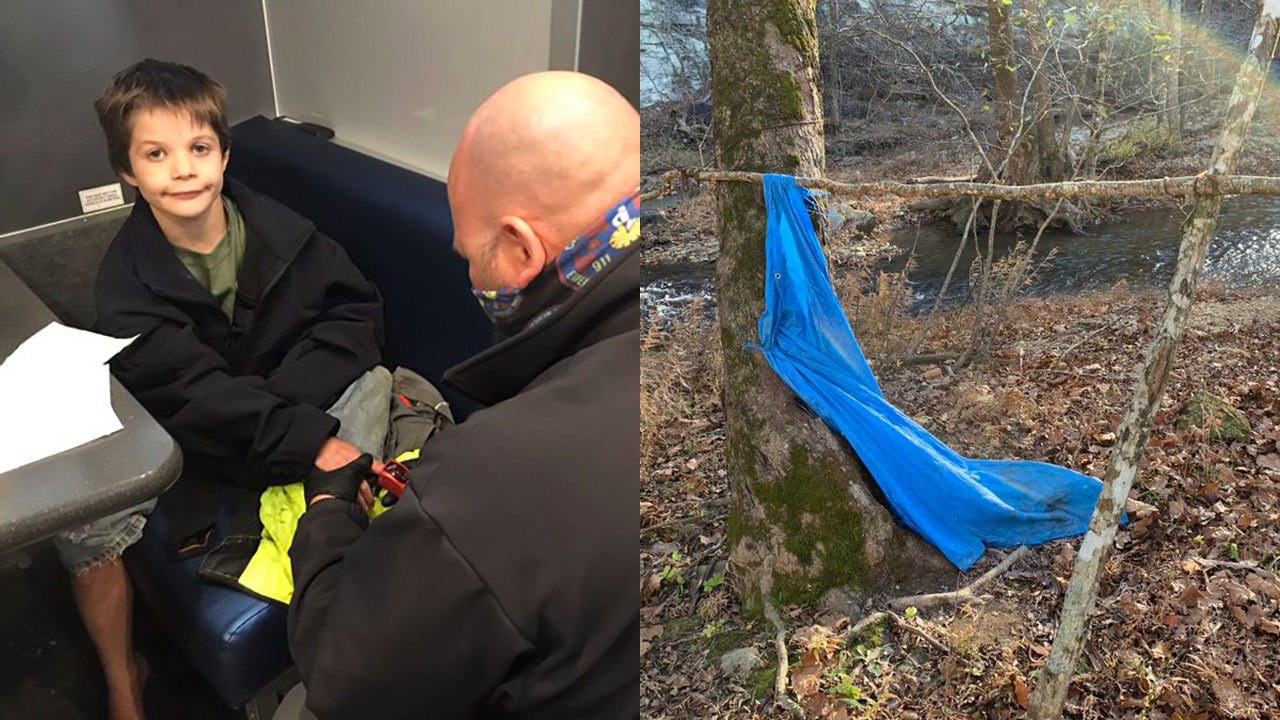 A 9-year-old boy in Tennessee who had been missing for three days after running into the woods following an argument with his foster parents was found safe and wearing no jacket or shoes by a creek bed Tuesday afternoon, according to the Tennessee Bureau of Investigations.

Jordan Gorman was found by rescuers around 3 p.m. huddled beneath a makeshift shelter made out of a blue tarp about three-quarters of a mile from his foster home near Ashland City, about 23 miles west of Nashville. The child told investigators he found the tarp in the woods and built the shelter himself.

Gorman spent two nights in the woods as temperatures in the area hovered near freezing after dark.

TBI issued a statewide Endangered Child Alert on Sunday after the boy’s foster parents said he ran into the woods following a disagreement at a home near Valley View Road in Joelton, an unincorporated community in Cheatham County. He left without shoes in just a gray short-sleeved shirt and blue jeans.

After obtaining new information and amid growing concern for Gorman’s wellbeing, TBI issued an Amber Alert on Monday, as five law enforcement search teams scoured the heavily wooded area near the home where the boy was last seen. TBI also asked residents in the area to “walk their property and search anywhere — a crawlspace, shed, outbuilding, etc. — where a child could take cover.”

Ultimately, members of the Christian County Rescue Team, a volunteer search group based in Kentucky, managed to locate the 9-year-old. Authorities said Gorman was being medically evaluating after spending nights outside in frigid weather.

Hatt said he hadn’t seen Gorman in 19 months and became concerned once he and his wife saw on the news that the boy was missing. Hatt said the 9-year-old and his two older biological sisters were living with foster parents at their home in Cheatham County.

“Jordan Gorman has been found and is safe!! PRAISE BE TO GOD!!!!!” New Life Community Church, which helped organize volunteer search teams and where the Gorman family are congregants, said in a Facebook update after the boy was found safe.

Gorman was removed from his biological parents’ custody and placed in foster care between five and six years ago, a family friend told The Tennessean. It was unclear if he was adopted by the Gorman family.

Investigators have not gone into detail about the nature of the disagreement before he ran away. The foster parents have not issued any public statements as of Wednesday.

Special Weather Statement issued November 23 at 3:56AM EST by NWS