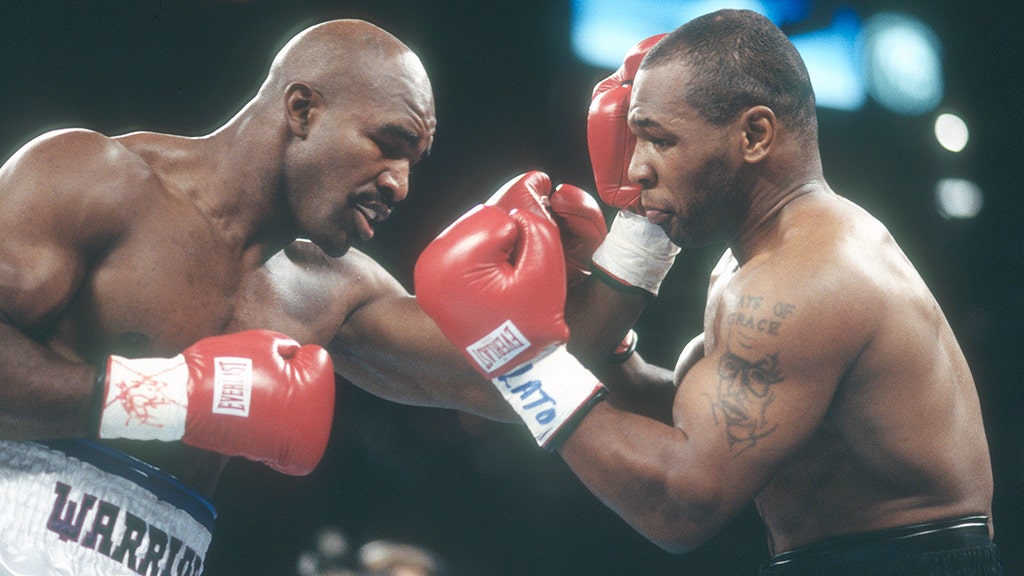 Hall of Fame boxer Mike Tyson opened up to legendary sportscaster Jim Gray about biting off part of Evander Holyfield’s ear during their infamous 1997 bout — and said he’d do it again.

In June of 1997, Tyson squared off against Holyfield in their second boxing match for the WBA Heavyweight Championship. After Tyson sunk his teeth into Holyfield’s ear, referee Mills Lane disqualified him.

Following the fight, Gray interviewed Tyson, as well as promoter Don King, in the heat of the moment, and asked both of them why it happened.

Gray recently published a book, “Talking to GOATs”, which highlights the biggest sports moments of his broadcasting career, and the relationships that he’s had with some of the greatest athletes of all-time. Over the weekend, Gray hosted a Fox Nation special called, “Talking to GOATs with Jim Gray”, and he relived that moment in a sit-down interview with Tyson.

“I hope not,” Tyson said in response to being asked if he would do it again. “I say, ‘No, never ever again.’ But I might do it again. Well if he does what he was doing to get bitten, I would bite him again. Yeah.”

Gray asked Tyson if the fight continued, could’ve he continued, and he asked him if he bit Holyfield a second time because it was a momentary reaction to him headbutting Tyson earlier on.

“No, I bit him because I wanted to kill him,” Tyson fired back. “I was really mad about my head being bumped and everything. I really lost consciousness of the whole fight. It took me out of my fight plan and everything.”

Special Weather Statement issued November 23 at 1:17AM EST by NWS

Boris Johnson self-isolating after lawmaker he met with tested positive for...