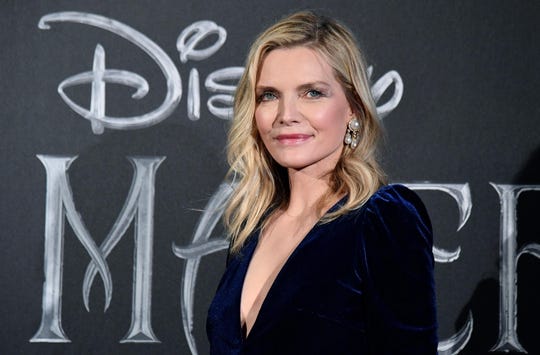 Michelle Pfeiffer opened up about a #MeToo moment she had in her twenties. (Photo: ETTORE FERRARI, EPA-EFE)

Michelle Pfeiffer is opening up about her own #MeToo moment when she was a 20-year-old actress.

In an interview with The Sunday Times, the former Catwoman said it took some time to realize what happened to her and to come to terms with the fact that it wasn’t OK.

“First, I thought, ‘Well, I didn’t experience that,’ but then as time went on I started going, ‘Well, actually, there was that one time,’ ” Pfeiffer told the outlet.

She added that, at first, she blamed herself for what happened.

“There’s that process you go through – denial, self-blame, ‘I shouldn’t have worn that dress,’ ‘I should’ve known.’ You look at it through a grown-up lens and think, ‘Wow, I was a kid,’ ” Pfeiffer said. “There were a number of situations that were not good.”

The “Maleficent: Mistress of Evil” star went on to talk of the time when she was 20, she buried the incident from the encounter with a “high-powered person in the industry.”

“Like one incident – I am not going to share – but I look back and I cringe,” she said about the unnamed man. “I was really uncomfortable and it was inappropriate. I put it in a drawer.”

Pfeiffer noted that if the man is still alive, she would write to him to express how he made her feel.

She also added that she uses her platform as an actress to tell these difficult stories: “Sometimes you can make a bigger statement by representing someone you wouldn’t ever want to be, rather than hitting people over the head by preaching and getting up on your soapbox. Sometimes it’s a more effective and interesting way to get things across.”

Pfeiffer noted that it’s not easy for her or her fellow colleagues to open up about these types of experiences.

“It was challenging for women of my generation to find their voices,” the actress said. “And even though slowly, over time, we have been given more permission to speak up, if you grow up not really having your voice valued or heard or encouraged, the way you view yourself and your place, it’s pretty set.”

In a 2017 interview with the Today Show, Pfeiffer was asked about the #MeToo movement and if she’s experienced anything similar.

“I’ve had situations,” she said. You just didn’t talk about it… there’s so much shame involved in it.”

Rams out to prove Week 6 clunker was a fluke versus...