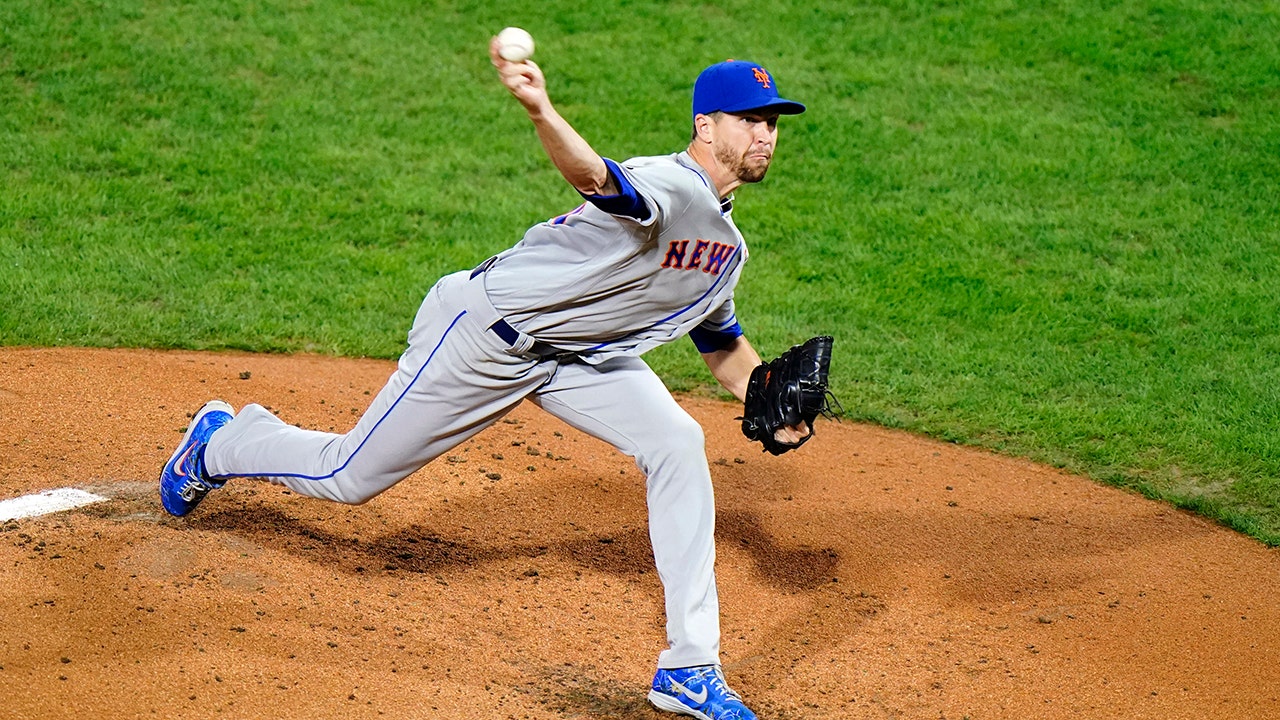 He exited after a surprisingly rough two innings that could put a wrinkle in his bid for a third straight NL Cy Young Award.

The right-hander, who struck out 12 Phillies on Sept. 6, was pulled after only 40 pitches and one strikeout. He allowed three runs, pushing his ERA back over 2.00 at 2.09, and appeared to spike a water bottle in frustration in the dugout after a brief chat with pitching coach Jeremy Hefner and trainer Brian Chicklo.

Hefner visited deGrom on the mound in the second inning when he allowed all his runs. It was the first time this season he gave up three earned runs.

Seahawks' L.J. Collier reveals race was factor in whether he was allowed in people's houses as a kid

Defense Secretary Esper: Since Sept. 11 attacks, our heroic military has...