Meghan Markle and Princess Eugenie are closer than people thought they were.

The Duchess of Sussex, 39, has reportedly been in touch with her husband’s cousin, 30, throughout their respective pregnancies.

“They would have known about each other’s due dates,” a family friend revealed to People magazine. “These times tend to bring families together.”

“What is lovely is Eugenie having her baby as Harry and Meghan are having theirs. They are very close. And they are all deciding to go their own route,” the insider added. 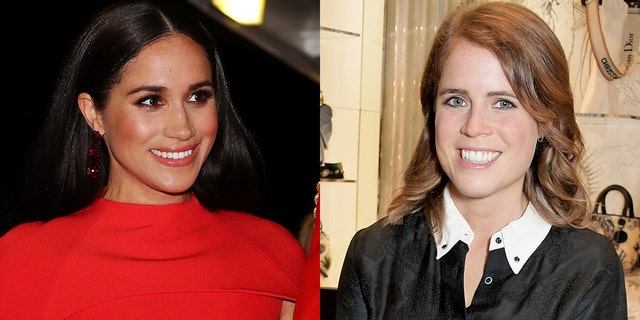 Meghan Markle and Princess Eugenie have been in touch throughout their pregnancies, according to a royal insider.  (AP/Getty)

Eugenie and her husband Jack Brooksbank, whom she married in October 2018, thanked fans for their warm wishes after August was born.

“Thank you for so many wonderful messages. Our hearts are full of love for this little human, words can’t express. We are excited to be able to share these photos with you,” she captioned adorable photos of the newborn. “Thank you to the wonderful essential workers including our midwife who came to discharge our boy.” 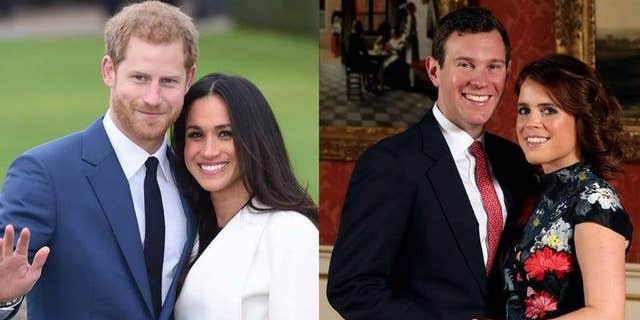 The baby is the ninth-great grandchild for Queen Elizabeth II, 94, and her husband Prince Philip, 99. He is also the first grandchild for Eugenie’s parents, Prince Andrew and Sarah Ferguson.

The baby is not expected to get a royal title and will be known as Master August Brooksbank.

Meanwhile, Markle and Harry, 36, announced their pregnancy on Feb. 14.

“We can confirm that Archie is going to be a big brother. The Duke and Duchess of Sussex are overjoyed to be expecting their second child,” a spokesperson for the couple told Fox News.

In May of 2019, the couple welcomed their first child, Archie Harrison Mountbatten-Windsor.