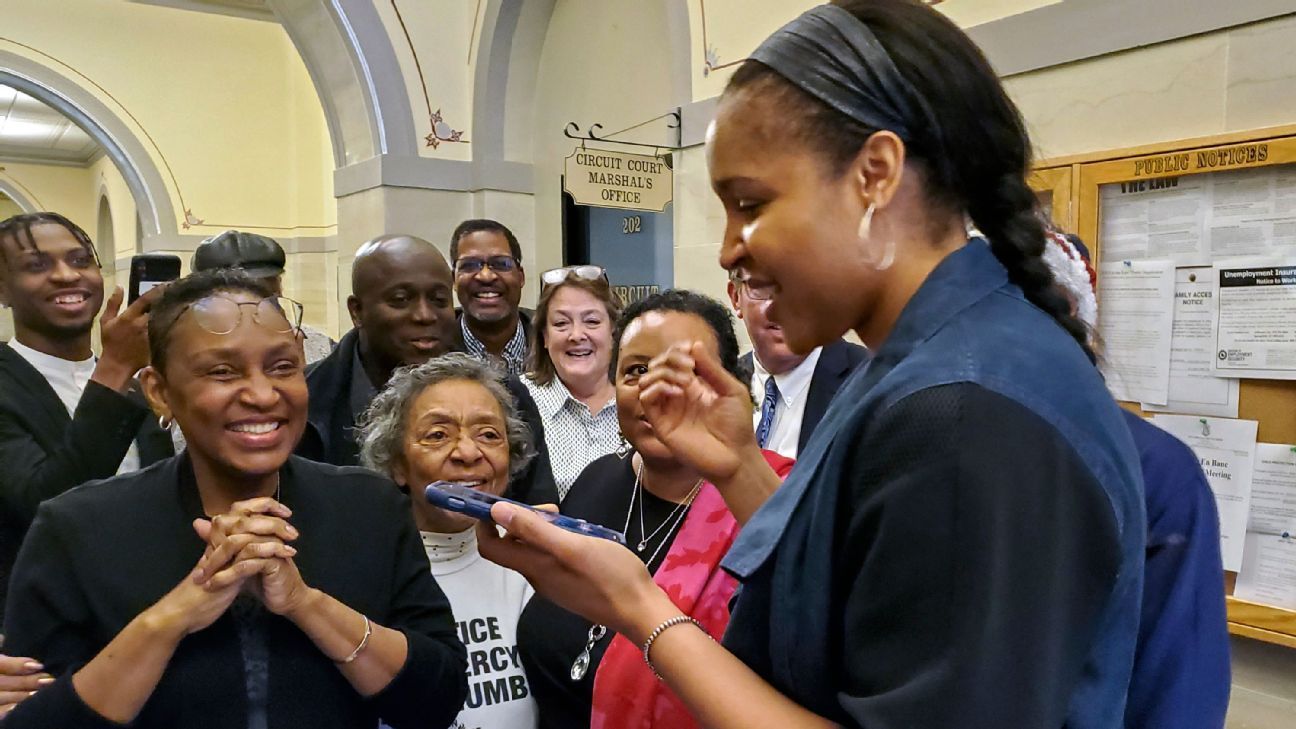 Former WNBA star Maya Moore on Wednesday announced that she and Jonathan Irons, whose wrongful conviction she helped overturn, were married over the summer.

Moore and Irons appeared on “Good Morning America” to share the news.

“We wanted to announce today that we are super excited to continue the work that we’ve been doing together, but doing it as a married couple,” Moore said. “We’re excited to share this new chapter of life together.”

.@MooreMaya announced she has married Jonathan Irons, the man she put her career on hold for to help free from prison following his wrongful conviction 23 years ago ❤️

Moore, 31, paused her Hall of Fame career in February of 2019 to help overturn Irons’ wrongful conviction. Now 40, Irons was sentenced to 50 years in prison in 1998 after he was convicted of breaking into a Missouri home and twice shooting a homeowner. In March, a judge ruled that prosecutors had suppressed fingerprint evidence that would have strengthened his defense. He was released from prison on July 1.

Moore has won four WNBA championships and was the league MVP in 2014. She was the 2011 WNBA Rookie of the Year. She was a six-time WNBA All-Star and a five-time All-WNBA first-team honoree. She won two national championships at UConn.

When asked if she had plans to return to basketball, Moore said she had no next steps yet.

“I am trying to really just breathe from this long, long battle,” Moore said. “There’s a lot of unknowns for a lot of us right now. So I’m still in that camp.”

Butler on loss: Digging out of big holes 'gets old'

Coastal Flood Advisory issued September 20 at 1:54AM EDT until September...

Sunday's fantasy football inactives watch – Who's in and who's out?

How A.J. and Kate Pollock faced their daughter's premature birth

MLB Sunday Spotlight: How far will Dodgers, Astros go in the...