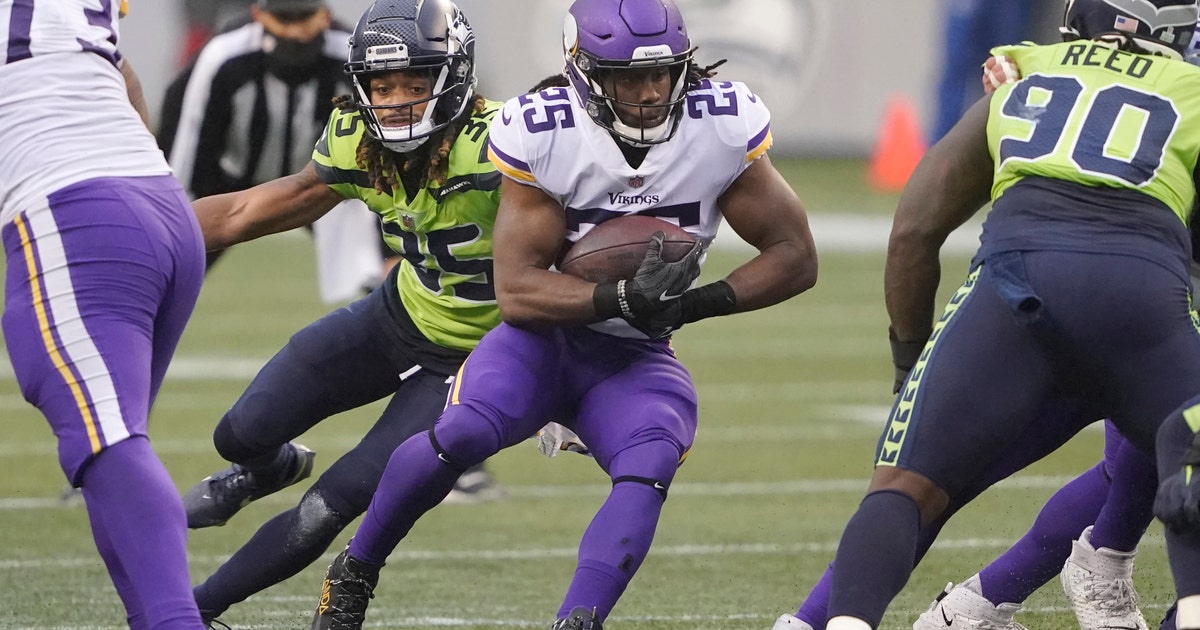 EAGAN, Minn. — When Dalvin Cook hurt his groin and left for the locker room Sunday night in Seattle, the Minnesota Vikings didn’t alter their game plan.

Despite the absence of the NFL’s leading rusher, Minnesota maintained its run-heavy approach with second-year back Alexander Mattison. In the Vikings’ eyes, the strategy didn’t need to change. After all, Mattison — nicknamed “Deuce” — is nearly a clone of Cook.

“He sees the field how I see the field, and it’s crazy when we come off the field how we see things so similar,” Cook said Wednesday. “He’s just a bigger version. When he comes in, he’s trying to break the home run, too. But he knows what’s ahead of him. I do think Deuce is a similar version of me.”

Cook hobbled off after catching a short pass on the first offensive play of the second half in the 27-26 loss to the Seahawks. Cook came back for one more play, before determining he couldn’t go full speed and was done for the rest of the game.

Mattison had 12 carries for 80 yards in the fourth quarter alone. He finished with 112 yards rushing, the first 100-yard game of his career, on 20 attempts.

Cook, who leads the NFL with 489 rushing yards and is tied with New Orleans’ Alvin Kamara with a league-best seven touchdowns, didn’t practice on Wednesday. His status is in question for Minnesota’s game on Sunday against Atlanta.

Cook has dealt with injuries throughout his career, missing 21 games over his first three seasons. The Vikings have thus made it a priority to have a steady backup.

When Latavius Murray left in free agency following the 2018 season, Minnesota selected Mattison in the third round of the 2019 draft out of Boise State. The similarities to Cook weren’t the reason Mattison was chosen. Call it a fortunate consequence.

“Alexander is a good back, a really conscientious kid,” Vikings coach Mike Zimmer said. “He works real hard and tries to learn from Dalvin as much as he can.”

Mattison grew up in San Bernardino, an often dangerous and poverty-stricken city in Southern California. His family was left homeless at times while struggling financially and his father, Darrell, was diagnosed with a rare form of leukemia.

Despite the challenges, Mattison excelled athletically and academically. He had a 4.7 grade-point average and became fluent in Spanish through a dual immersion program before earning a scholarship to Boise State.

Mattison earned his nickname while wearing No. 2 as a youth football star in San Bernardino. He wore No. 22 at Boise State. Although safety Harrison Smith owned that number in Minnesota, forcing a change to No. 25, the nickname stuck with the Vikings.

Deuce would be No. 1 on Sunday if Cook isn’t cleared. The Vikings have a bye the following week.

“Alex is a great back,” Vikings quarterback Kirk Cousins said. “I don’t feel there’s a lot of limitation there in terms of an area of the offense. He can obviously run the ball, he can pass protect, he can catch the football, he can run all the routes. He knows the game plans inside and out, so you are able to run your offense.”

Zimmer had no update on two-time Pro Bowl defensive end Danielle Hunter, who is on injured reserve with a neck injury and was recently in New York for a second medical opinion.

“Still kind of mulling his options, I think,” Zimmer said.

Zimmer has declined to give any details about Hunter’s condition this season, describing it only as a “tweak.” Hunter is in the second year of a five-year, $72 million contract. Last season at age 25, he became the youngest player in NFL history to reach 50 career sacks.

Marcellus Wiley: Dolphins should not start Tua after early success from Ryan Fitzpatrick | SPEAK FOR YOURSELF