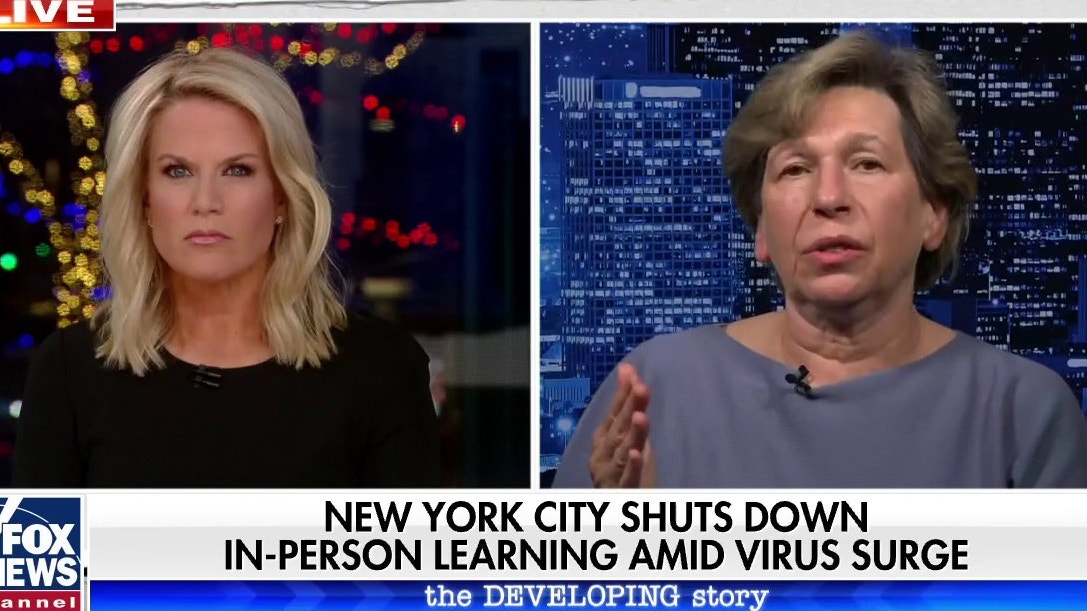 City officials announced Wednesday that schools would be closed indefinitely starting Thursday after the seven-day average coronavirus infection rate for the five boroughs ticked above 3%.

Weingarten acknowledged that while evidence has shown that in-person classes are not “superspreading events”, “the problem is that schools are not impervious to all that is going on in the outside.

“What the mayor [Bill de Blasio] saw today, or the last couple of days, is that in Staten Island and other regions in the city, you were seeing a trajectory [of cases] that was going way up,” Weingarten added. “And so what [United Federation of Teachers President Mike Mulgrew] and others are saying to the city, begging the city [is] ‘wear your mask, get the infection rate down, because we want schools to be safe.'”

“Martha, you’re actually not listening to me,” Weingarten answered. “What has happened here is that New York City was the only major school district in the nation to actually reopen schools —

“But they’re closing now, Randi,” MacCallum shot back. “Why are they closing?”

“They’re closing now,” Weingarten began, “because what the city said and frankly, what lots of other places are are also seeing,  is a huge skyrocketing increase —

“Yes, everyone agrees we see a spike. We’re in a second wave. You and I totally agree on that,” the host went on. “What they’re telling us, though, is that the wisest scientific move is to have children in school, because what we’re seeing is a tremendous loss of learning.

“We’re seeing kids who are emotionally unstable because they’re not in the classroom, because they’re not seeing their friends, and we know from the studies  — this isn’t me saying this, this is Brown University and other studies — that the transmission rate is very, very low. It’s a great news story. It’s a great news story what happened when you opened the schools. The kids made out very, very well. That’s wonderful news. They should stay there.”

“I agree. I agree with you,” Weingarten answered. “And what the UFT is trying to do is that they’re trying to figure out a regional way of opening and closing like they did after — “