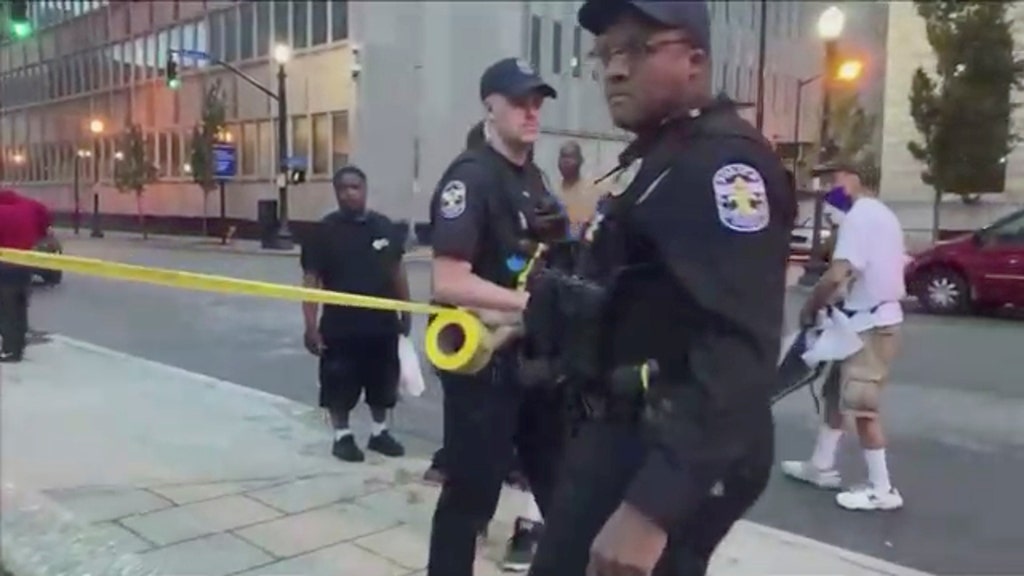 A man who was an active participant in Louisville‘s protests over the last month is being accused of killing a photographer, after getting into an altercation with a third person in Jefferson Square Park on Saturday.

Steven Nelson Lopez, 23, is facing charges of murder and first-degree wanton endangerment for allegedly shooting Tyler Charles Gerth, 27, according to an arrest citation obtained by Fox News from the Louisville Metro Police Department.

Gerth died of a gunshot wound that night, the Jefferson County coroner’s office said. Lopez was also wounded during the incident and remained in police custody at the hospital, following the shooting.

Louisville Assistant Chief of Police Robert Schroeder previously told Fox News that Lopez “had been participating in the protest since they began and had been arrested a couple of times over the past several weeks. He had been repeatedly asked by other members in the park to leave due to his disruptive behavior.”

Schroeder added, “In addition to this man, multiple other people in the park were armed at the time of the incident, and our homicide investigators are still working to identify all of the parties who may have fired during the incident.”

According to the citation, LMPD officers alerted MetroSafe about multiple gunshots being fired around 9 p.m. on Saturday. Authorities found Gerth unresponsive and shot in the face. Multiple witnesses later identified Lopez as the perpetrator.

Lopez took a bullet to the leg when bystanders, who feared for their lives, returned fire after he began shooting. The injury was not life-threatening, according to police.

Maxwell Mitchell, a protester who live streams public demonstrations, captured Lopez on video shooting two shots into the air before turning his gun on the crowd, The Courier-Journal reported.

“I do not believe [Lopez] was targeting the man that he hit,” Mitchell said.

Lopez was one of 17 protesters arrested on June 17 and was charged with inciting a riot, disorderly conduct, harassment and possession of drug paraphernalia, according to The Journal. He was also reportedly in possession of a handgun with two full magazines of ammo when he was taken into custody.

Louisville Metro police had no further comment when asked about the charges against Lopez.

French Open to allow fans in stands at the tournament

Pakistan accuses 150 pilots of cheating to obtain licenses, grounds them