The coronavirus pandemic has totally upended travel this year, but once things get back to normal, there’s a new list of must-see destinations to help you plan your next trip.

According to a press release, the book features more than 200 new destinations and has ranked all 500 places “in order of brilliance.”

Piers Pickard, the Lonely Planet vice president of publishing, said the company slightly changed how it scored the ranking for the new book.

“For this edition, we awarded extra points to destinations and attractions that are managing tourism sustainably,” Pickard said in a statement.

According to the press release, the book focuses a lot on outdoor and backpacking experiences, but it also includes “something for every traveler in every corner of the globe.”

Among the 500 destinations, 29 are in the U.S., including nine National Parks as well as “a good mix of cultural and art institutions.”

One of those institutions — which is one of the 200 new locations — is The National Museum of African American History and Culture in Washington, D.C., the release said.

The “Ultimate Travel List” costs $24.99, according to the website. The first edition was released in 2015 and a third edition is expected to be released in 2025.

The press release said that the 500 destinations and their rankings were found among Lonely Planet’s guidebook archives and were voted on by “everyone in the Lonely Planet travel community,” who selected their top 20 locations.

“After seven months of staying at home, now’s the perfect time to start thinking about where and how to travel once normality returns,” Pickard said. “In putting together this book, we were excited by changes in both the ‘where’ and the ‘how’.” 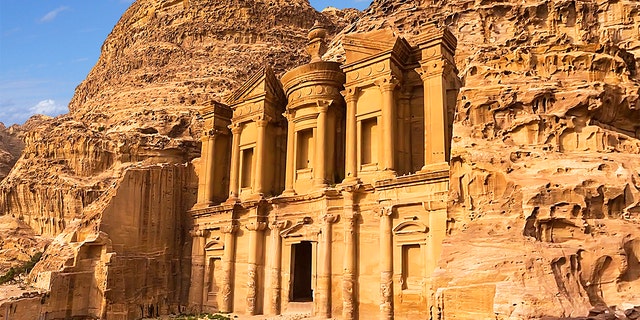 Petra, Jordan, is at the top of Lonely Planet’s second edition of the “Ultimate Travel List.” (iStock)

To see which locations made it to the very top of the ranking, here are the top 10 experiences in Lonely Planet’s “Ultimate Travel List.”