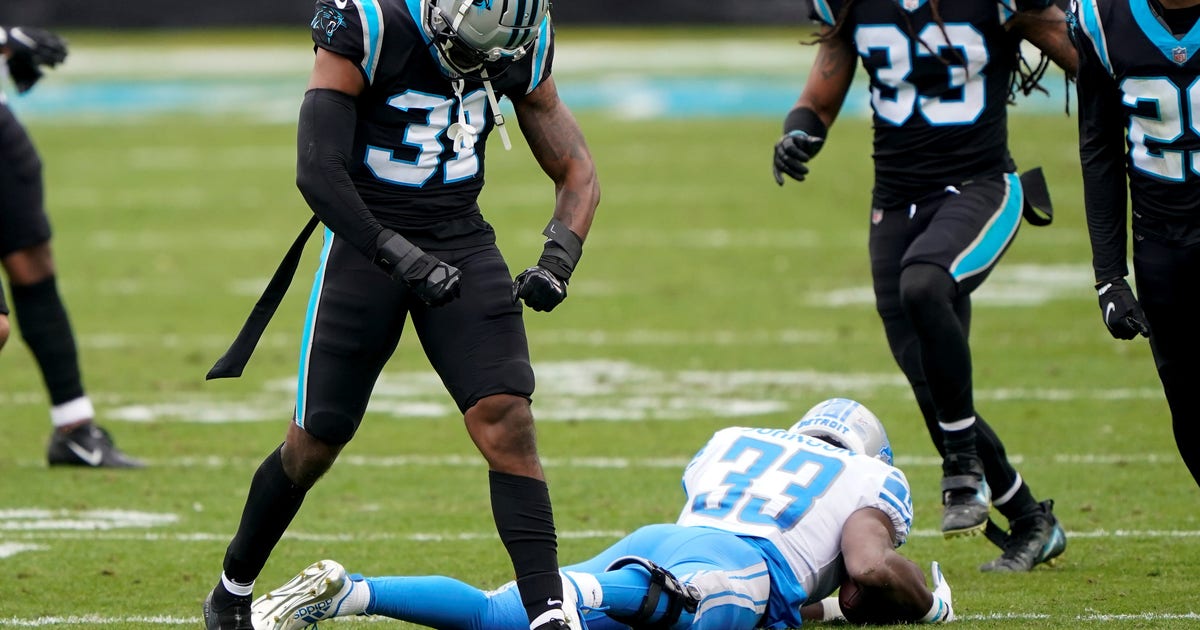 CHARLOTTE, N.C. (AP) — P.J. Walker threw for 258 yards and a touchdown in his first NFL start, the much-maligned Carolina defense earned its first shutout since 2015 and the Panthers defeated the Detroit Lions 20-0 on Sunday to snap a five-game losing streak.

Walker, a former XFL player, was made the starter less than two hours before kickoff when Teddy Bridgewater was officially ruled out with a knee injury.

Walker did plenty well, connecting on a perfect 52-yard strike to D.J. Moore along with a well-placed 17-yard touchdown pass to Curtis Samuel. But he also had two terrible mistakes, twice throwing interceptions in the red zone, essentially hitting the defender right in the hands.

Still he did enough to win, as Moore had seven catches for 127 yards and Samuel had eight grabs for 70 yards. Mike Davis ran for 64 yards and a touchdown.

Matthew Stafford, who played despite a thumb injury that prevented him from taking a snap under center all week in practice, finished 18 of 33 for 178. He was sacked five times as the Lions were blanked for the first time since Oct. 18, 2009, his rookie season — although he didn’t play in that game.

Carolina’s two biggest issues this season have been scoring points in the third quarter on offense and getting off the field on third down on defense. They cured both Sunday.

Walker completed his first nine passes of the second half for 90 yards, including his first career TD pass to Samuel in the right corner of the end zone as the Panthers (4-7) scored a season-high 10 points in the third quarter.

Carolina’s defense, which was allowing opponents to covert a season-high 55.3% of third- down opportunities, limited the Lions to 3 of 14 on them. Indeed, nothing went right for the Lions (4-6).

Even when Stafford completed an apparent 51-yard touchdown pass to Marvin Jones, it was called back because of an illegal formation. And the normally reliable Matt Prater missed a 51-yard field goal early in the fourth quarter.

But the Panthers were in even worse shape injury-wise.

It was an amazing turnaround for the Panthers’ defense, which had allowed 32.7 points per game over the last four games and forced just two punts. On Sunday, the Panthers forced a season-high six punts.

Lions: Cornerback Phil Ford left in the third quarter with a concussion and did not return.

Panthers: Panthers right guard Dennis Daley left in the second quarter with a head injury and did not return.

Lions: a a short turnaround as they return home to face the Texans on Thanksgiving Day.

Panthers: face another NFC North foe at the Vikings on Sunday.

College football's next Joe Burrow? It might just be Alabama's Mac...

Tiger Woods and the fight with his body, his game and...