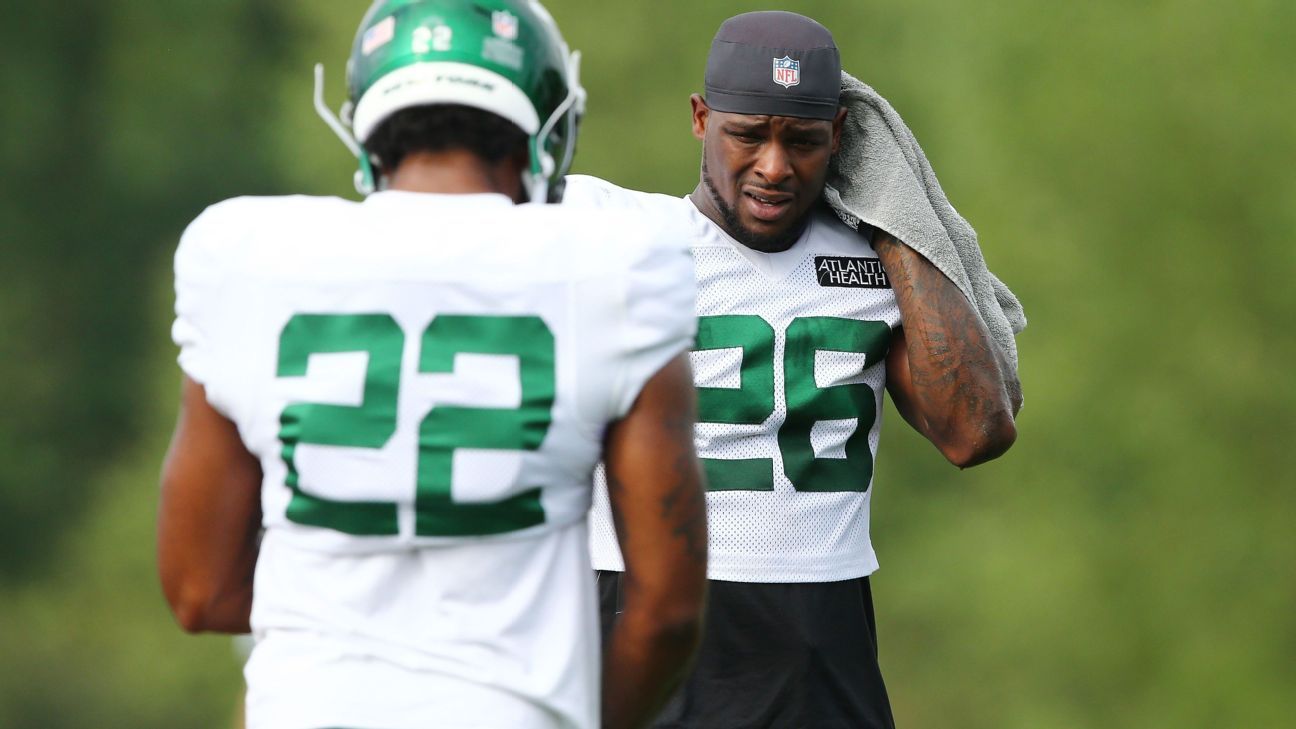 When many folks were expecting the New York Jets to make moves to trade running back Le’Veon Bell, general manager Joe Douglas instead released the veteran late Tuesday night. Media members and NFL players (both current and former), including Bell himself, reacted with emotions of surprise, questions surrounding the Jets franchise and coach Adam Gase and inquiries on Bell’s next landing spot.

Bell has disappointed for the Jets since signing a four-year, $52.5 million contract last year, as he has averaged only 3.3 yards per carry with New York — 51st out of 53 qualifying runners in the NFL during that span.

As a vested veteran, Bell is not subject to waivers. He will be a free agent at 4 p.m. ET Wednesday, and as Bell tweeted Tuesday night, he’s “ready to go.”

got a lot to prove. i’m ready to go. pic.twitter.com/oDqBM62JfN

Adam Gase finally got what he wanted all along! Lol!

Man I’m beyond embarrassed bro. This is insane

👀👀
Back to the @Steelers he goes

Leveon hated on Jamal for leaving the jets now he gone 😂🤦🏾‍♂️

Le’Veon will go to a team that will utilize his skill set the way he plays the game. Jets coaching were the obvious problem in my opinion.

Trust yourself and your path Brodie @LeVeonBell 💯