“Even if nothing comes from it, I can’t tell how much how I appreciate all y’alls love and support!”

With the devastating passing of Alex Trebek, now begins the impossible but necessary step to replace him on “Jeopardy!”

And one name in the hat expressed humble gratitude at being in there on Thursday: LeVar Burton.

A petition to make the Star Trek legend the next host of the beloved game show has already sailed past 20k signatures, and LeVar, for one, is grateful.

Even if nothing comes from it, I can’t tell how much how I appreciate all y’alls love and support! 🙏🏾♥️ 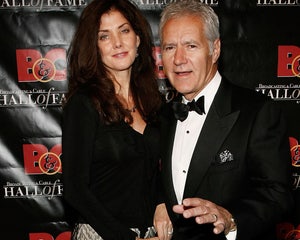 “Even if nothing comes from it, I can’t tell how much how I appreciate all y’alls love and support!” the 63-year-old tweeted.

The petition reads: “Between hosting 21 seasons of the educational Reading Rainbow, playing the brainiac engineer Geordi La Forge on Star Trek: the Next Generation, and filling the roll of Kunta Kinte in the ever important mini-series Roots, LeVar Burton has inspired and shaped the minds of several generations of trivia-loving nerds.”

“This petition is to show Sony Pictures Entertainment Inc. and producers Mike Richards and Harry Friedman just how much love the public has for Burton, and how much we’d all love to see him as the next host of Jeopardy!”

Since the awful news broke on Sunday that the host of 37 seasons had lost his battle against cancer, aged 80, a few names have been touted for the unenviable task of trying to follow him, including Champion of Champions Ken Jennings, UFC and podcast supremo Joe Rogan, ABC News anchor George Stephanopoulos, and Rosie Perez, who was famously obsessed with the show in the 1992 film “White Men Can’t Jump”.

Despite fighting stage 4 pancreatic cancer, Trebek continued to film right up until ten days before his death — meaning his last ever episode will air on Christmas Day.