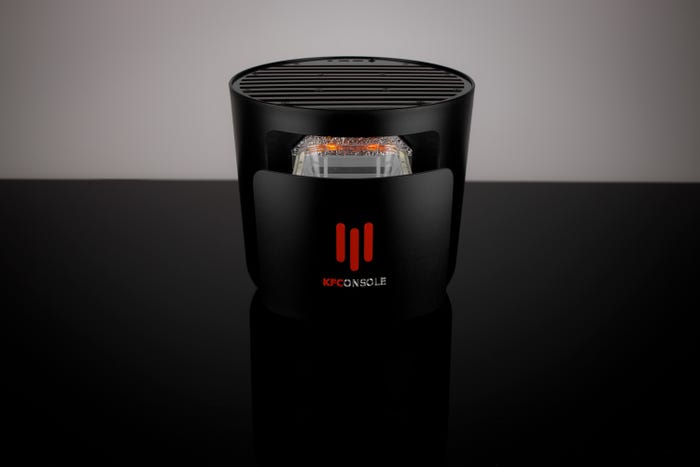 Fast-food chain KFC has created a new high-end gaming console that comes with a built-in “chicken chamber” to keep your chicken warm while you play.

KFC has teamed up with CoolerMaster to create the “KFConsole,” the chicken chain said in a statement on Tuesday. It is essentially a high-end gaming PC with components made by Intel, Asus, and Seagate.

It’s a powerful machine: KFC claims it can run games at 4K resolution at 240 frames per second – more than  the PlayStation 5 or Xbox One can manage. It can also run virtual reality games, KFC said.

The bucket-like console has a cooling system that transfers the heat produced by the components to the chicken chamber, helping to keep the hardware cool and the finger lickin’ chicken warm.

“The Bargain Bucket-shaped machine features the world’s first built in chicken chamber, which is kitted out to keep its contents hot, ready for consumption during intense gaming sessions,” KFC said. 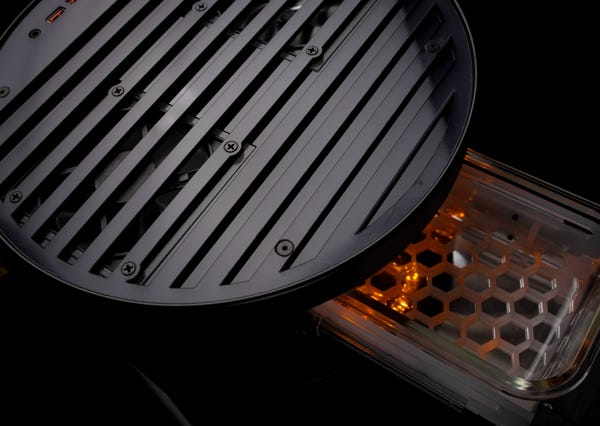 Cooler Master didn’t immediately respond to Business Insider’s request for comment. An Intel spokesperson said they don’t have anything additional to share at this stage beyond the details on the Cooler Master website.

The cost and release date of the KFConsole haven’t yet been announced.

The console has smooth gameplay with 240 frames per second frame rate, 4K display compatibility, and can run virtual reality games, according to Cooler Master’s website.

“This machine is capable of running games at top-level specs, all on top of keeping your meal warm for you to enjoy during your gaming experience… what’s not to like?” said Mark Cheevers, PR & social media lead at KFC UK & Ireland, in the statement.

“If Sony or Microsoft want any tips on how to engineer a chicken chamber for their efforts next time, they’d be welcome to get in touch,” he said.

Stephen James, global PR & influencer manager at Cooler Master, said in the press release: “When we were approached by KFC Gaming to make the KFConsole, we jumped at the chance to get involved and enter the console war.”

“The KFConsole has been custom built with the gamer at the front of mind. The last thing we want is anyone to go hungry while playing!” he added.

Read more: McDonald’s president pledges to do a ‘better job’ on transparency with franchisees after operators take a stand against shifting costs

One Twitter used responded to KFC’s tweet asking how Cyberpunk, which has now sold more than 13 million copies, will run on the console. KFC replied: “It runs better than any console.”

This isn’t the only mind-boggling invention KFC has come up with in recent years.

In February, the food chain collaborated with Crocs to create shoes with fried chicken painted on them, topped with a chicken-scented charm. The shoes sold out within half an hour after their launch in July.

KFC announced the release of its 11 Herbs & Spices Firelog in December 2018 – basically a log that smells like fried chicken.

Two crossed lines that form an ‘X’. It indicates a way to close an interaction, or dismiss a notification.

Pharma bro and the journalist who loves him

Why did Amazon wait until Biden’s inauguration to offer help with vaccine distribution? – Fox News

Dense Fog Advisory issued January 22 at 12:36AM CST until January...