Justin Herbert is a quarterback who is looking to make the jump from college to the pros.

The NFL hopeful spent four years at Oregon and is regarded as one of the best quarterback prospects in the 2020 NFL Draft. Coming out of Sheldon High School in Eugene, Oregon, Herbert was a multi-sport athlete, and a consensus three-star prospect by ESPN, Rivals and 247Sports.

Here are five other things to know about Herbert. 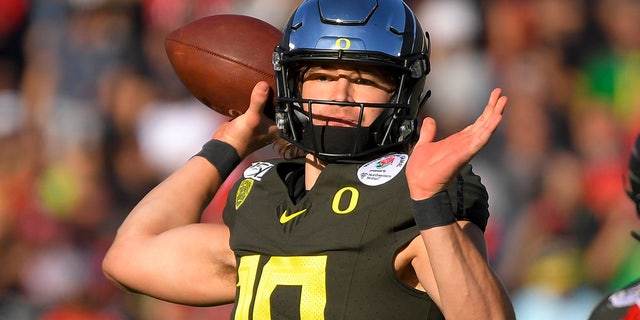 As a senior in high school, he was a first-team All-State quarterback, who led Sheldon to a 10-2 record, as well as a second-team All-State first baseman in the spring of 2015.

Herbert was also a starter on the basketball team that fell in the 6A state championship game during his sophomore year.

Herbert became the first Oregon quarterback since 1983 to start for the Ducks as a true freshman.

Not only was Herbert fantastic on the field, but he was also exceptional in the classroom.

5) WHERE DO THE EXPERTS BELIEVE HE’LL GO? 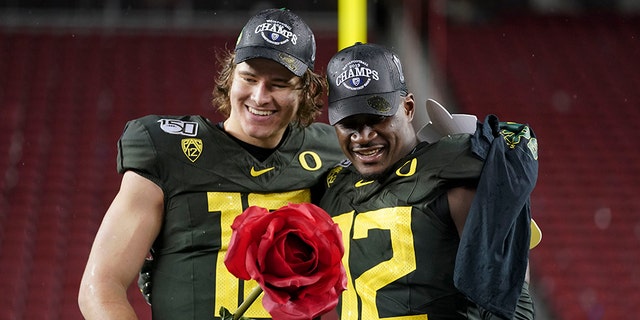 Herbert is projected to go in the first round of the 2020 NFL Draft.

Joe Burrow and Tua Tagovailoa are expected to be the first two quarterbacks taken in the 2020 NFL Draft. After them, Herbert, along with Utah State’s Jordan Love, will be the next two signal-callers to come off the board.

Burrow should go No. 1 overall to the Cincinnati Bengals and Tagovailoa should follow at No. 2 to the Washington Redskins, No. 5 to the Miami Dolphins, or No. 6 to the Los Angeles Chargers.

The Chargers at No. 6 could be an opportunity for Herbert. The Jacksonville Jaguars at No. 9, Las Vegas Raiders at No. 12, and New England Patriots at No. 23 are all realistic options for Herbert.

Flood Warning issued March 30 at 10:02AM EDT until further notice...

Retire Better: Advice for seniors in difficult and scary times