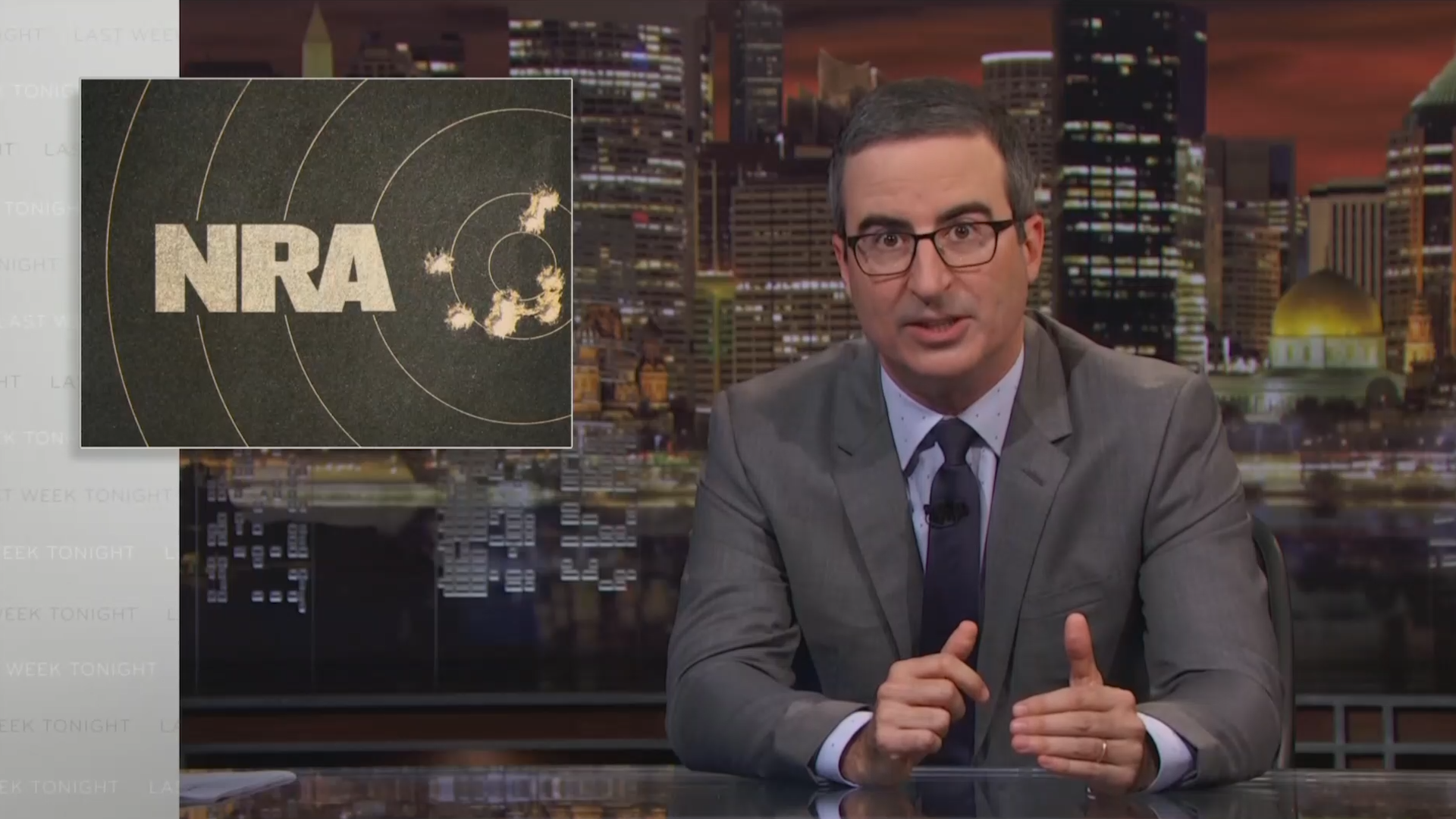 On Last Week Tonight, John Oliver once again aimed at the NRA following the recent Dayton and El Paso mass shootings. Rather than focusing on gun control or NRA TV as he did following the Pulse Nightclub and Parkland shootings, on Sunday, Oliver addressed the NRA’s internal issues, including the non-profits suspicious expenditures.

Oliver pointed to recently leaked documents that exposed the NRA’s CEO, Wayne LaPierre, for spending member dues on excessive travel and spending over $300,000 on designer suits. “If you’re going to blow that much money on clothes, at least make more interesting choices than dressing like the head coach of the opposing team in a “Mighty Ducks” movie,” joked Oliver.

The NRA also split ties with their long-time ad agency, Ackerman McQueen, who Oliver claims were responsible for the now-defunct NRA TV. “Obviously, the death of NRATV is a tragedy — thoughts and prayers to all those affected,” added a sarcastic Oliver.

Oliver went on to say, “The bottom line here is that for the first time in a while, things are not actually looking great for the NRA.”

In closing, the Last Week Tonight host was still not hopeful this would lead to gun control despite President Trump’s recent call for background checks.

“The president has said he’s willing to stand up to the NRA, but he’s also, one, a liar, and two, likely to identify with an organization that has spent itself into colossal debt, has troubling ties to Russia and is associated with shitty TV programs and very bad taste,” said Oliver.