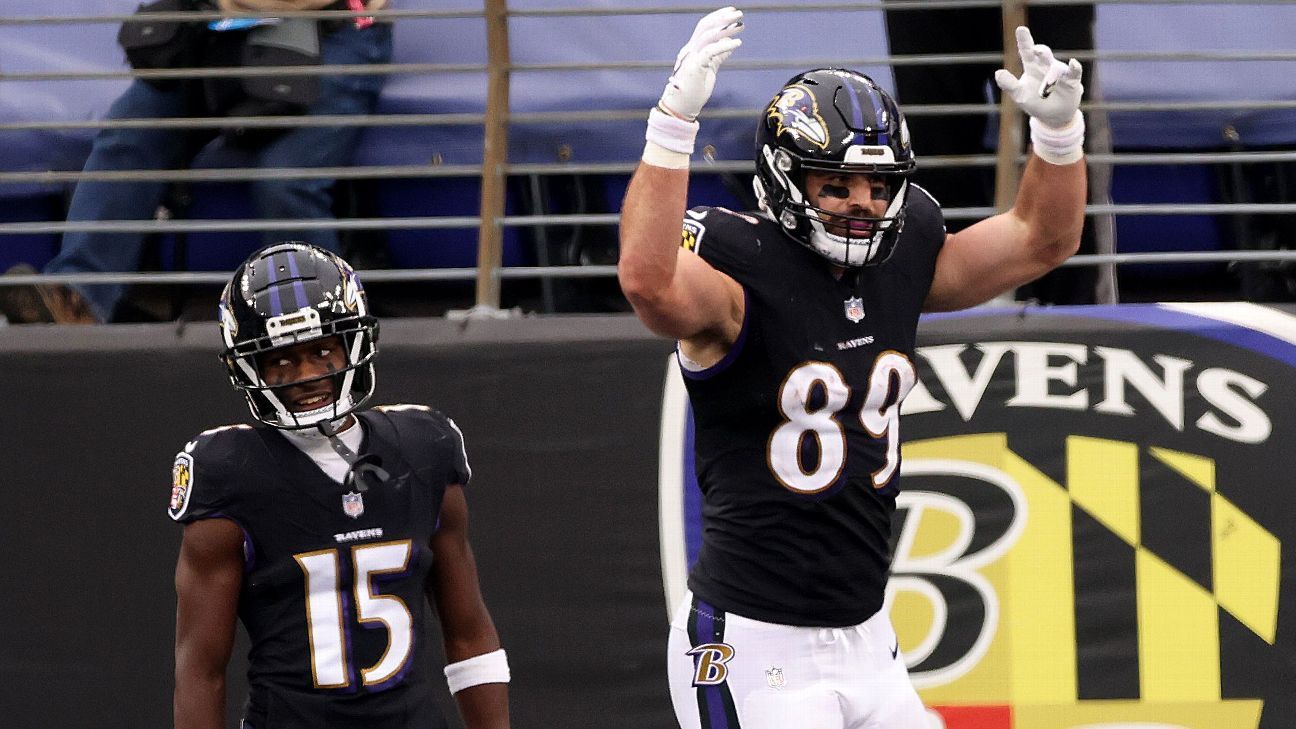 After struggling throwing the ball in the first half, Jackson lofted a perfectly thrown toss to a wide-open Andrews along the sideline. This was Jackson’s longest touchdown pass of the season.

At that point midway though the third quarter, Jackson had completed five passes for 81 yards to Andrews and had only connected on three passes for 20 yards to everyone else.

This was Andrews’ sixth touchdown of the season but his first since Oct. 11, a drought of four games.

Andrews’ touchdown extended Baltimore’s lead to 21-10 in the third quarter.

Flood Advisory issued November 23 at 10:56AM EST by NWS

Wiseman says he hasn't heard from Wolves yet