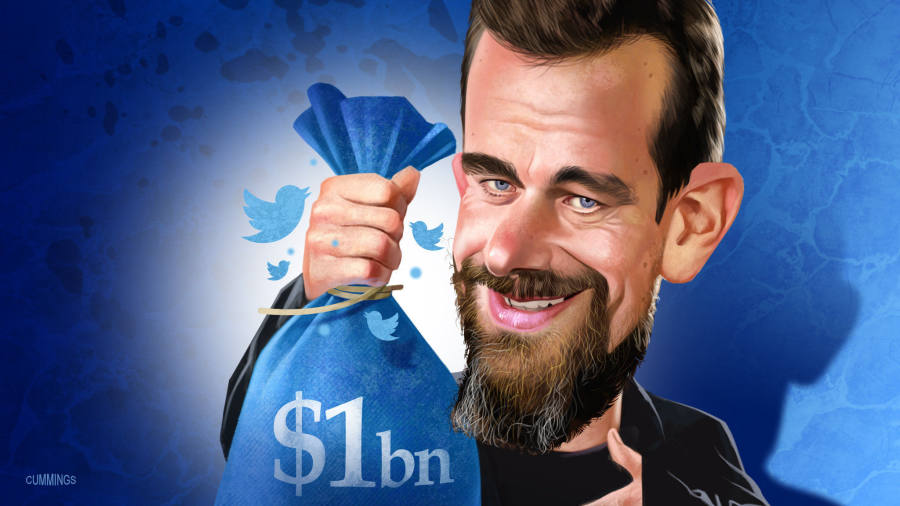 When a tech billionaire decides to announce a philanthropic project, they can usually expect a tsunami of vitriol on Twitter — Jack Dorsey’s social media website is a barometer for cynicism.

In recent weeks, the Twitterati have been quick to ridicule the donations towards fighting coronavirus from Amazon’s Jeff Bezos and Facebook’s Mark Zuckerberg — at $100m and $25m respectively. “This would be like me donating $5,” one sniped.

The keyboard warriors cannot say the same of Twitter’s founder and chief executive Mr Dorsey, who this week pledged $1bn to coronavirus relief efforts — one of the largest individual contributions to countering the pandemic and 28 per cent of his fortune.

Do-gooding is not uncommon for the 43-year-old eccentric, a fan of extreme wellness fads whose guru-like persona has won him devotees inside Twitter and Square, the payments company he also founded in 2009, and beyond. Last year, he announced plans to spend half of 2020 in Africa to explore opportunities in bitcoin, the digital currency that aspires to bank the unbanked.

But in the unforgiving Silicon Valley world of growth at all costs, signs of humanity can be a liability. Mr Dorsey, a licensed massage therapist who sports the grizzly beard and nose hoop of his younger punk days, found himself under siege last month. Formidable hedge fund activist Elliott Management demanded he be removed from Twitter’s helm. “Two jobs Jack” had spread himself too thin by running both his companies, Elliott argued.

For the moment, Elliott has been kept at bay. Mr Dorsey has agreed to tough performance targets and extra scrutiny. He has also scaled back travel plans. Analysts suspect he may yet be stealthily pushed out but, in the meantime, the donation has given his reputation a convenient boost.

“Jack has fundamentally always had a belief that business can and will be a force for good in the world,” said David Jones, former chief executive of advertising group Havas and founder of brandtech company You & Mr Jones. But the donation has a byproduct, the Twitter shareholder adds: “It makes Elliott look much more like callous capitalists and him the good guy.”

Equity from Square will be moved to Small Start, his own donor-advised fund, with a limited liability company structure with fewer disclosure requirements than typical charitable foundations. “After we disarm this pandemic, the focus will shift to girls’ health and education, and [universal basic income],” Mr Dorsey tweeted, adding that he had chosen to use his Square stock as he owns more of it.

Born in St Louis, Missouri, Mr Dorsey studied computer science and mathematics at New York University but dropped out to move to California. There, he hacked the IT systems of a dispatch software company, prompting them to give him a programming job. Twitter was born in 2006 while he was still working at Odeo, a podcasting company being squeezed by Apple’s iTunes.

Were he to be ousted by Elliott, it would be a repeat. Mr Dorsey was forced out of the company once before, in 2008, following clashes with co-founder Evan Williams. But he bounced back almost immediately to launch Square, before returning to Twitter again with new-found saviour status in 2011, leading product development, and as chief executive again from 2015.

“He’s Twitter’s spiritual leader. It suffered when he was gone,” one former board member said. “He’s a very quiet, quirky person, a creative.”

Greg Kidd, one of Twitter’s early investors, said Mr Dorsey held his belief in Twitter’s vital societal role — a megaphone for politicians and the voiceless — from the outset, and it is at odds with the profit-based goals of Elliott. “We had a saying: ‘Twitter is too important to be left to Twitter’,” he said. “We’ve seen what happens when you treat Twitter like a business too much — the social implications get out of hand. It has a bigger mission.”

Inside the company, Mr Dorsey divides opinion. When he gets on stage to fire up employees at the annual conference, he routinely brings his parents up too, according to a former long-serving senior executive. For some, the cutesy gesture is characteristic of their relatable boss. To others, keen for a faster pace of product innovation, it jars.

“The first time he did it, it was charming,” said the executive. “Now it feels strange . . . They’re not the Kardashians. Get off and show me what new shit we’re launching!”

Mr Dorsey’s defenders argue that unlike the dreaded “onetrepreneurs” — founders who only ever come up with a single good idea — he has built two large public companies. With no long-term partner or children, the companies are his babies, they say.

But some former employees maintain Mr Dorsey is too hands off and easily distracted from the task at hand. Loved and respected, but too kind for his own good, they say. Does he recognise that as a problem? Probably not. The former board member said: “It’s a mess. Then again, Jack would be the first to tell you it’s a mess. But he would say — nature is messy.”