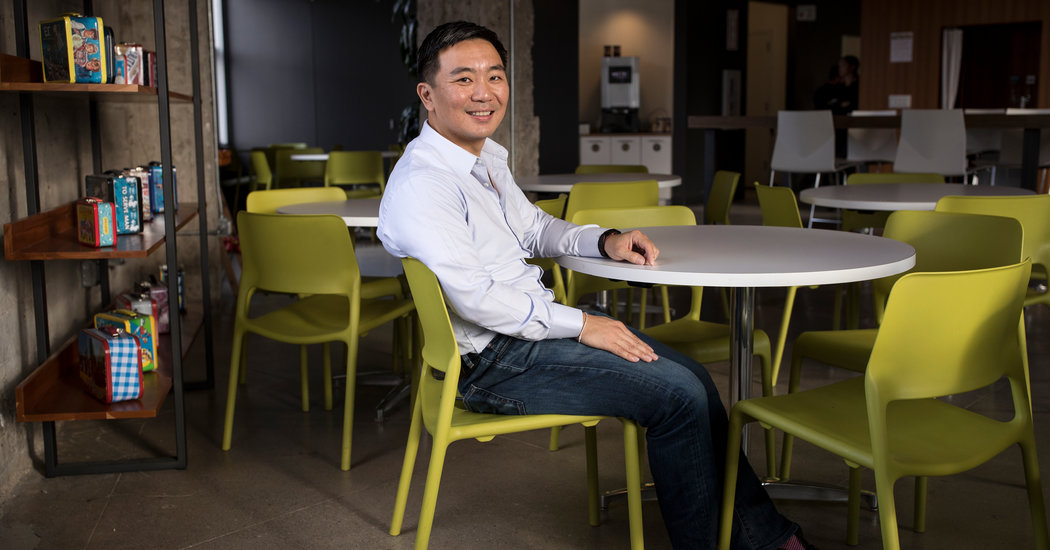 Intuit, the home of TurboTax and Mint, is nearing a deal to buy Credit Karma, a start-up that grew to fame by offering consumers free access to their credit scores, for about $7 billion in cash and stock, two people briefed on the matter said on Sunday.

The deal, which could be announced as soon as Monday, points to the value of the financial data of ordinary Americans. Credit Karma grew to be worth billions of dollars by selling credit card offers to its customers after building their credit profiles.

Intuit has long helped businesses and consumers manage their financial data, but it has often been slow in adapting to a new era in which that data is profitably used to attract advertisers.

Credit Karma has been at the leading edge of a large group of start-ups in the financial technology sector over the last decade. It says its customers include a third of all Americans who have a credit profile.

The company, which has over 1,100 employees and is based in San Francisco, had been expected to pursue an initial public offering. But after the rocky I.P.O. of Uber and the failure of WeWork’s planned offering, some companies have instead pursued the surer path of a sale rather than face potentially skeptical investors.

Last month, another successful fintech start-up, Plaid, sold itself to Visa for $5.3 billion rather than stage an I.P.O. Plaid’s business is also focused on consumer data, serving as the middlemen between the big financial firms that have that data and the start-ups that need it.

The deal negotiations were earlier reported by The Wall Street Journal.

Credit Karma was started in 2007 by Kenneth Lin, the current chief executive, and two co-founders, after Mr. Lin had trouble acquiring his own credit score. Until about a decade ago, consumers generally had to buy a credit score directly from the three major credit bureaus. Otherwise, the most likely opportunity for individuals to get a sense of their creditworthiness came just as they were applying for a loan — when it was too late to do anything to improve their lot.

Signing up for the site became a rite of passage for Americans looking to get their credit score in shape to apply for a mortgage. In addition to providing credit scores from TransUnion and Equifax, Credit Karma offers advice on how the scores could be improved by doing things like lowering credit card balances.

The company made its money by offering its customers new credit cards and online loans, based on their credit scores. When customers accepted the offers, Credit Karma would receive payments of a few hundred dollars, though it closely guarded the details of these deals.

Credit Karma has branched out by offering other services that give it access to even more financial data. Its biggest recent product introduction was a free tax return offering that put it into direct competition with Intuit’s TurboTax.

(The Wirecutter, which The New York Times owns, also aims to earn money via affiliate relationships with lenders.)

Intuit’s business has long been based on charging businesses and customers for its software offerings, like QuickBooks and TurboTax. But the company, which is valued at more than $77 billion, has been trying to shift to the new world in which software is free and paid for by deals for consumer data.

TurboTax now offers a free version of its tax-filing service. And Mint allows customers to create free budgets, with the service paid for by credit card ads, much as Credit Karma does.

There is a potentially significant business opportunity for Intuit if it completes a deal. For example, Intuit could try to match all the tax data its TurboTax customers provide with the credit-scoring data that Credit Karma holds.

That could let Intuit serve up better customer prospects to credit card issuers — and eventually let Intuit charge lenders more for access to its hoard of data.

Sheel Mohnot, a venture capitalist who focuses on fintech start-ups, suggested that the combined company could become a sort of Facebook for financial services.

“They would have all of this rich information, and they would basically be an ad network,” he said. “You’re almost forced to advertise with them.”