All eyes are on the Gulf of Mexico as Hurricane Sally gathers strength and slowly moves toward making landfall. 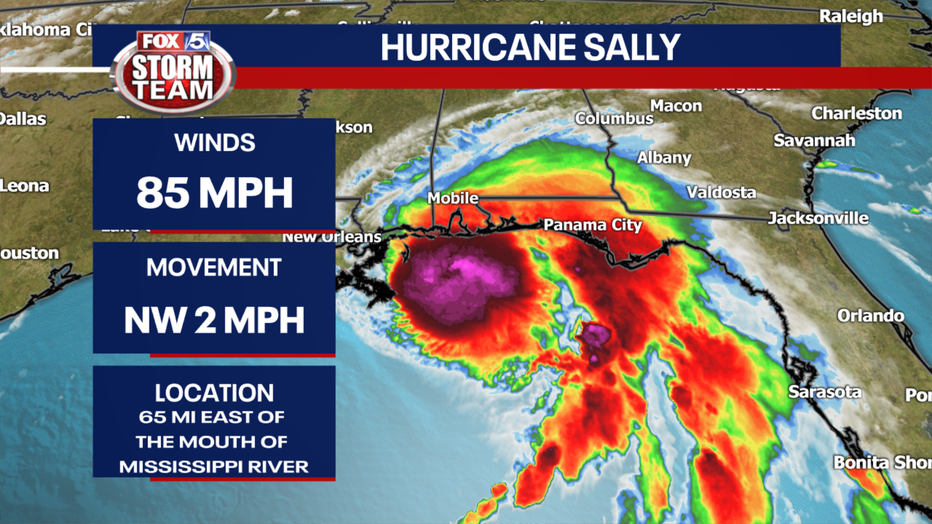 At 8 a.m. Tuesday, Sally was slightly weaker with 85 mph winds, after rapid intensification on Monday. The storm was about 65 miles east of the mouth of the Mississippi River.

The hurricane is moving painfully slowly at only 2 mph, which will delay landfall and create historic flooding.

Conditions along the Florida panhandle, the Alabama, Mississippi, and southeastern Lousiana coasts will deteriorate throughout the day. Those areas should expect to see life-threatening storm surge, hurricane-force winds, and flash flooding. 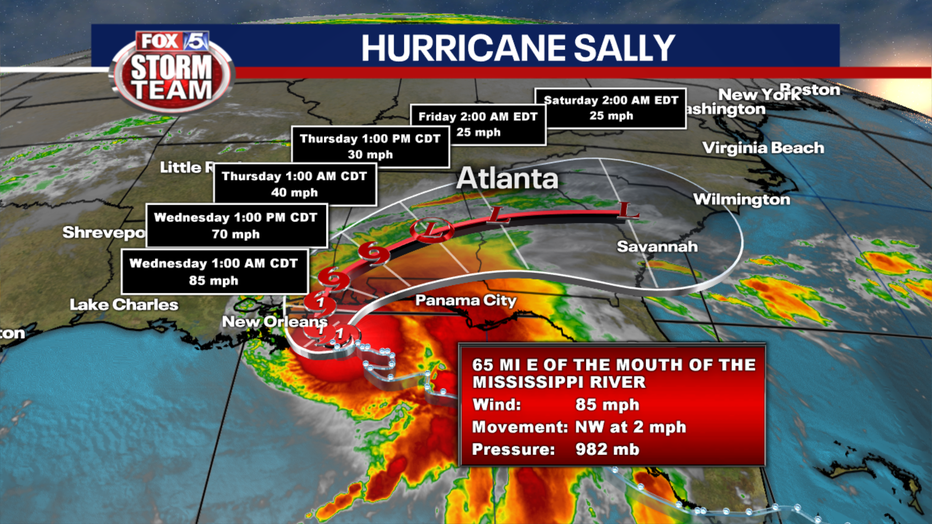 The powerful storm is now forecast to make landfall early Wednesday near Biloxi as a strong Category 1 Hurricane. The biggest issue is that this system has slowed to a crawl, bringing life-threatening storm surges and potentially catastrophic flooding to the Gulf coast.

A Hurricane Warning is in currently in effect for the area East of the Mouth of the Pearl River to Navarre, Florida.

After Sally makes landfall, it will linger over the Mississippi Delta through early Wednesday and then race towards north Georgia.

Thankfully, the storm is expected to weaken substantially before arriving in our area late Wednesday and through Thursday, but we need to be prepared for several inches of rain and hours of gusty winds.

Sally is the earliest 18th named storm in a busy tropical season, beating Stan, which formed on Oct. 2, 2006.

The FOX 5 Storm Team will be monitoring the latest on Sally throughout the week, and bring you new details as they become available.

Keep up with the latest by downloading the FREE FOX 5 Storm Team app and following @FOX5StormTeam on Twitter.