Hurricane Sally is moving toward the Gulf Coast, threatening to bring possible historic flooding and “extreme life-threatening” flash flooding, according to forecasters.

The eye of the storm is expected to pass near the coast of southeastern Louisiana on Tuesday before making landfall Tuesday night or Wednesday morning in the hurricane warning area, which stretches from east of Bay St. Louis – a city in Mississippi – to Navarre, Florida.

As of Tuesday morning, the storm was located about 55 miles east of the mouth of the Mississippi River and about 110 miles south of Mobile, Alabama. Maximum sustained winds were 85 mph, with stronger gusts. It was moving northwest at 2 mph. 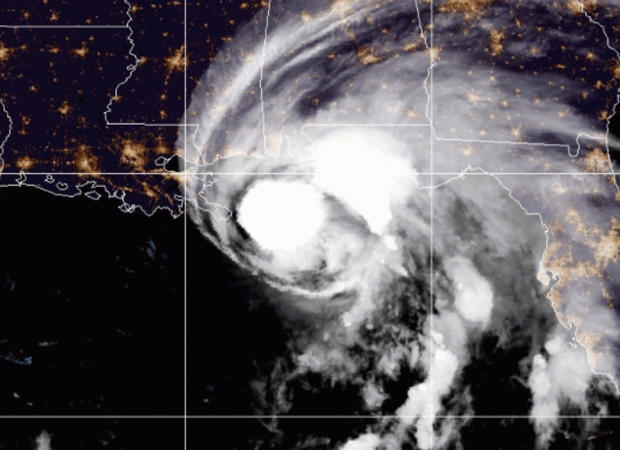 Hurricane Sally churns in the Gulf of Mexico in this satellite image released by NOAA, September 15, 2020. NOAA