There’s no better place to social distance than in the woods.

2020 hasn’t made it easy for many activities outside the house. Malls, restaurants and theme parks have all closed or implemented significant restrictions, while many travel options are also similarly limited or unavailable. Fortunately, the great outdoors is full of wide-open spaces and it seems that Americans are taking advantage of that. 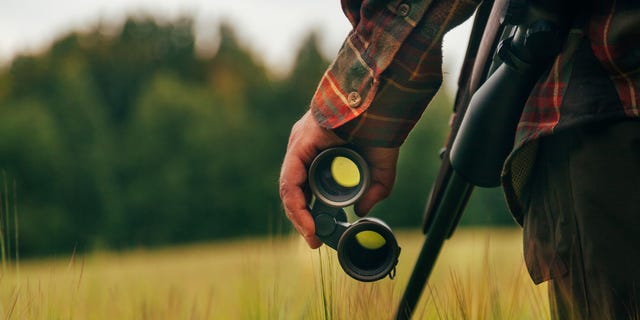 States have seen a spike in sales of hunting and fishing licenses this year. (iStock)

States have seen a spike in sales of hunting and fishing licenses this year, the Associated Press reports. The news outlet credits this trend to the fact that these outdoor activities offer a solitary environment where people can eschew face masks and usually not fret about social distancing.

“All of the things that hunting offers to people and the varied reasons people hunt all fit in with the pandemic,” said Louis Porter, Vermont’s fish and wildlife commissioner.

The rise in hunting license sales also reportedly shows a reversal in the decline of the sport’s popularity over recent years.

Zane Groucher, a hunter in Michigan, told the AP that due to changes brought on by the pandemic, he finally decided to return to hunting after a 22-year-long break. He also brought his daughter with him, explaining that he was worried that she was getting too much screen time due to being cooped up in the house all day long.

Michigan has reportedly seen a 10% increase in hunting licenses this year, with more than 545,000 being sold through Nov. 11. According to the state’s Department of Natural Resources, the number of people purchasing licenses for the first time in at least five years (if ever) has leapt about 80%, to almost 84,500.

In Wisconsin, archery license sales have risen 12%. States like Maine, Vermont and Nevada have all also seen similar spikes.

Fishing has also seen a rise in interest, with Idaho reporting a massive increase in fishing licenses of almost 30% over last year.